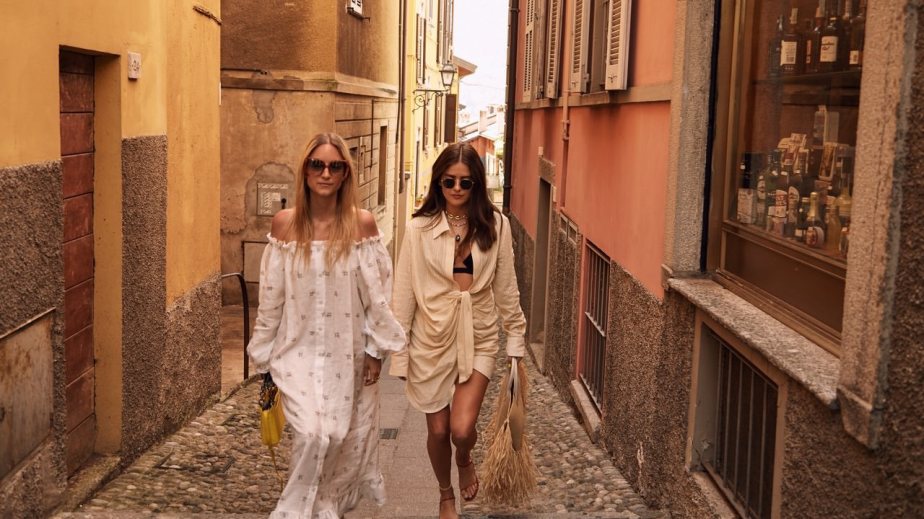 Shopbop is taking its influencer relations to the next level.

In mid-May, the multi-brand fashion e-tailer kicked off its largest influencer campaign to date: a seasonal activation called Summer of Shopbop. The launch played out in a multi-day trip to Italy’s Lake Como, covered in real time on the social channels of Shopbop and the influencers it invited.

“The campaign is influencer content-fueled, and it’s all cylinders firing,” she said. “We’re showing what is happening IRL and on influencers’ social channels, both on our site and our social channels, including Instagram Stories, our feed, videos in our feed. It’s concentrated on Instagram, but it’s 360 degrees.”

The trip was meant to communicate a sense of wanderlust and euphoria, and provide inspiration for summer travel, prompting, “Where are you going, and what are you wearing?” said Shopbop president Shira Suveyke.

At a time when the effectiveness of influencer marketing is increasingly coming into question, Shopbop is dedicating more resources to it. Where it stands in the market, macro-influencers are still trending.

Shopbop has yet to collaborate with influencers on products like Revolve, but its influencer program does seem to borrow from that of its competitor. Influencer marketing is at the center of Revolve’s marketing strategy and has popularly included extravagant trips with Instagram stars. Revolve just filed for an IPO and is set to be valued at $1.2 billion. According to chief brand officer Raissa Gerona, influencers drive 70% of sales.

For Shopbop’s Lake Como trip, eight influencers were in tow, including Jamie Chung (@jamiechung, 1.3 million Instagram followers), Jess Clements (@jessicaclements, 653,000 followers) and Charlotte Groeneveld (@thefashionguitar, 437,000 followers). Their Instagram posts — all tagged with #SummerOfShopbop and @shopbop — showed them strolling the local streets, eating pasta and posing on the balcony of the Mandarin Oriental.

According to Suveyke, all influencers chosen had worked with Shopbop several times before. They were given free rein to choose the styles they wore, as long as they aligned with Shopbop’s “Summer Checklist.” The list of trends is featured on its site and includes slip dresses and shades of pink. The influencers posted the content they wanted and when — the number of required posts, according to their contracts, varied between them.

The campaign was a perk for the brands featured, which included Jonathan Simkhai and Jacquemus. Shopbop did not offer it up to them as an advertising or paid opportunity.

“We learned early on that content performs better when it’s organic,” said Suveyke. “For a while, it was pretty difficult for our creative team to not drive the editorial with the influencers, and tell them what to do and say.”

Two years ago, Shopbop moved influencer marketing from a side job for a handful of staffers to a dedicated team, which now works closely with its social media and creative teams. It was an important transition, said Suveyke, as the company can now maintain close relationships with influencers, which she credits for the over-and-above content they typically produce.

In the last year, the company has fine-tuned its influencer program, moving from a one-size-fits-all model driven by influencers’ reach to a more tailored approach focused on their engagement. Multiple tiers of influencers are now included, including macro-, micro- and nano-influencers (fewer than 10,000 followers). In terms of their relationship with Shopbop, some are high-touch, and some are low-touch. Some are paid, and some are gifted.

All influencers are chosen for the type of content they produce and their ability to build a narrative about Shopbop, said Suveyke. Shopbop considers influencers brand ambassadors, and the roster is constantly changing based on the company’s campaign calendar. More influencers are activated at key times, like, for example, the launch of a capsule collection.

One tier that stays fairly constant is the Shopbop Collective, a group of influencers who “consistently talk about the brand,” according to Suveyke, and usually have a yearlong contract. This year, that includes 22 influencers — all but one is a macro-influencer with more than 100,000 followers. Among them is Arielle Charnas, with 1.2 million.

“A lot of influencers, as they become more sophisticated in driving their own business, are not looking for one-and-done relationships,” said Suveyke. “If you’re able to build a deeper relationship with them, you’re going to get a lot more from them is helpful.”

Chung, who was along for the Lake Como trip, said she’s worked with Shopbop for years, driven in part by its forward approach to the designers it carries. “I’ve become more selective about the brands I work with,” she said. “The line between work and personal life has become more blurred, so if you don’t like the brand and enjoy the people you work with, it’s not worth it.”

Suveyke said the KPI for the Summer of Shopbop campaign and corresponding trips is social engagement, with sales being a bonus — it’s coming out of Shopbop’s brand budget versus the performance marketing budget. The idea is that building the brand on social platforms will have a halo effect, eventually resulting in revenue. Cost per engagement will be reviewed to determine the campaign’s effectiveness and efficiency. At this point, numbers from the campaign’s launch have not yet been tallied.

Suveyke said the timing was right for the Summer of Shopbop, as the company has successfully established relationships with influencers, and is increasingly hosting influencer events and activations. What’s more, engagement with influencer posts featuring Shopbop has been growing at a fast pace.

The downside of Shopbop’s ramped-up work with influencers, she said, is the human capital required. It’s time-consuming to nurture those relationships and manage exchanges of styles to ensure influencers love their looks.

As Suveyke sees it, Shopbop’s work with influencers is just part of being on the cusp. The company wants to be ready for the roll-out of Instagram’s shopping feature, in case it proves popular with its shoppers. As for whether trips will become a staple influencer activation, she said it will depend on if the customer demands more of the same.

Though Shopbop was acquired by Amazon 12 years ago, Suveyke said, for the most part, the companies operate in two different lanes. But Shopbop does get to take advantage of Amazon’s expertise in technology and operations, including “amazing” fulfillment and Prime shipping.

“Where Shopbop excels is fashion and brand, which is where Amazon is still working to be best,” she said. “So we really get to drive where we need to go for our customer in the brand space. We collaborate with their marketing teams, but our influencer programs are completely separate.”