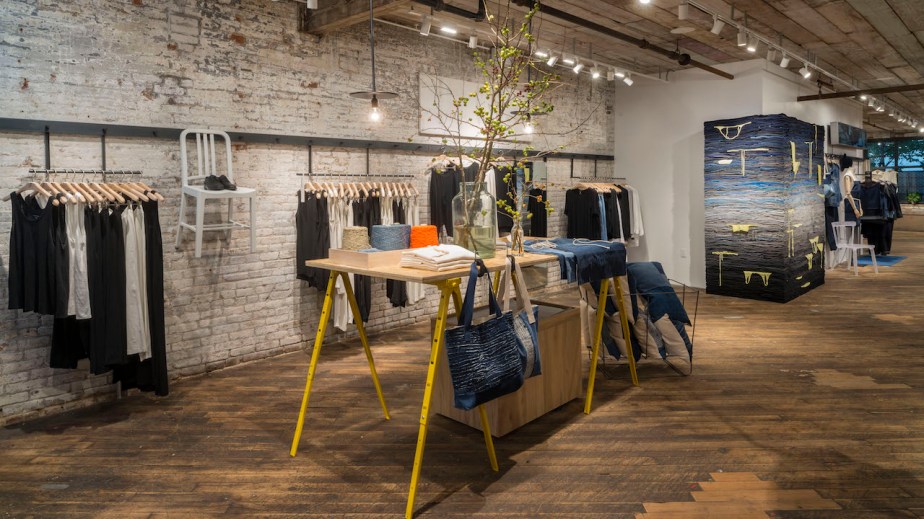 ‘It’s a new era’: Fashion brands are bringing in new leadership to deal with a changing world

From Eileen Fisher and Lively to Gap and Under Armour, top executives at numerous apparel brands have stepped down over the last two months.

Some have been peaceful, long-planned transitions, like Eileen Fisher who is stepping down from the role of CEO after running her namesake brand since the 1980s. Others have been more sudden, like the abrupt departure of Gap’s Sonia Syngal and The RealReal’s Julie Wainwright. Either way, the massive changes in the industry, brought on by the pandemic, the recession, crises around diversity and racial justice, and the growing threat of climate change, have made the industry ripe for new blood to take over as brands look for new solutions.

For Fisher, who founded her brand in 1984 and announced that she would step down and focus solely on design in August, the environment has always been at the forefront of her mind. Her brand was influential in embracing many of the sustainable programs that brands are adding now, years before they became popular, like taking back old clothes. She called out climate change, Covid and the movement toward more diversity and inclusion as indicators that the industry is in a state of extreme flux.

“I have always tried to stay on the pulse of what is needed now, [and] to ask myself where I contribute best and where we need more insights and different ways in,” Fisher said. “Maybe this is a founder hallmark. It’s about seeing the forest for the trees, without ego, to identify what is needed now to support the company’s health and the community’s well-being.”

Fisher said stepping down now, with a solid sustainability-focused plan in place and a replacement who she feels confident understands the core values of the brand, was the right thing to do. Lisa Williams, who replaces Fisher after previously serving as Patagonia’s chief product officer, has been working with Fisher for the last month to ensure that the transition is smooth.

“Bringing in a CEO now is the right moment for me and for [the brand] as a community, and is a key ingredient in my responsible transition,” Fisher said. “We need a leader with deeply held and shared values to carry my vision forward and to develop it in the most relevant and positive ways for a new era.”

The smooth transition is something that Michelle Cordeiro Grant, founder of the U.S.-based DTC underwear brand Lively, is also aiming for as she steps down from her role as CEO. She will stay on through March of 2023 as an advisor and will continue to act as a public face of Lively while her replacement, Kristin DiCunzolo, eases into her new role.

For Cordeiro Grant, the move was motivated by a need for someone with marketing experience who could help Lively grow internationally. The brand was purchased by the intimates company Wacoal America in 2019, where DiCunzolo was vp of marketing.

Cordeiro Grant is an experienced spokesperson for new and growing companies, having built Lively up since 2015. She said Lively was built by her going on the road and personally making the case both to investors and the press. Now that Lively is established and has new leadership, she said she’ll turn her attention to starting new ventures, particularly in the Web3 space.

“What I’m working on is forcing myself to have a seat at the table in web3,” Cordeiro Grant said. “In web2, there were so few female founders. But there’s an opportunity now at the beginning of web3 to do it differently.”

The rest of 2022 will continue to see major apparel brands lose their chief executives. Adidas CEO Kaspar Rorsted will leave early next year, and executives at PVH Corp, including at Tommy Hilfiger and Calvin Klein, as well as leaders Stitch Fix and Unbound Group, will leave before that. Even non-brand fashion entities are losing their heads — British Fashion Council chair Stephanie Phair will step down this week.

“It truly is a new era,” Fisher said. “In some respects, it’s a long overdue, robust time to step forward together with raised consciousness and commitments. In other ways, a very challenging time to build sustainable business models that live in harmony with shifting supply chain realities.”