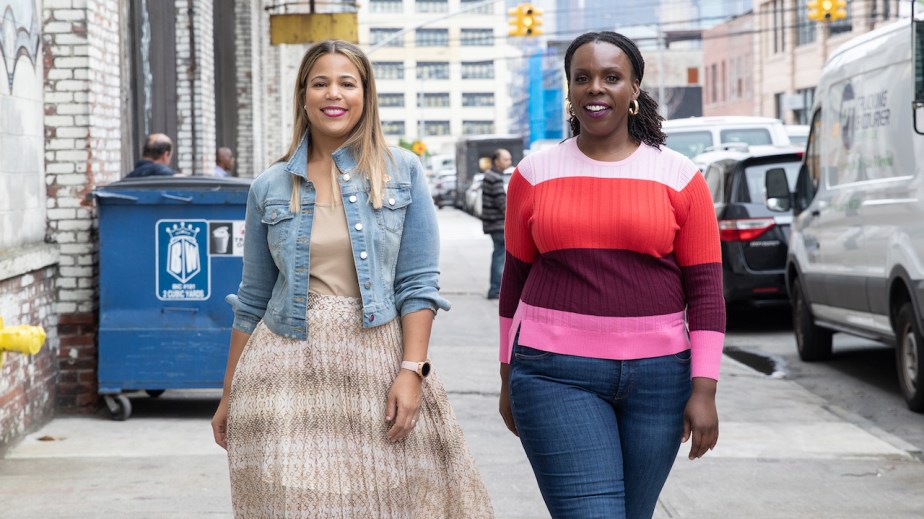 Building awareness while offering access: Inside the rise of NYFW-adjacent events

Everyone wants to be part of fashion week, despite its wavering reputation.

For participating brands and sponsors, it’s a chance to draw attention to the company, for attendees and fashion fans it’s a chance to be seen alongside some of the biggest names in fashion, and it’s a major money maker for the event. Brands can spend $100,00 or more to host a show. Because of the allure of NYFW and the amount of people that flock to NYC for these events, it’s become a major opportunity for other events to pop up around the fashion-filled week.

Over the last few years, a host of events — from CurvyCon to Ethical NYFW — have popped up. They’re not affiliated with NYFW but still looking to reach the same audience of fashion-savvy consumers, influencers and editors.

CurvyCon, now in its fifth year, started as a way to champion body positivity and give plus-size women more visibility in the fashion world. In the first few years, it was held over the summer, then it moved to align with NYFW. Attendees pay anywhere from $49 to $595 for a platinum pass.

“We realized that if we were serious about plus-size fashion being a part of the mainstream fashion conversation, we were going to have to be the ones to show up. We were not going to get a nice little invitation for the CurvyCon to be at New York Fashion Week in an impactful way. We decided to just align ourselves with the world’s conversation about fashion,” said Cece Olisa, co-founder of CurvyCon.

Over the years, CurvyCon has worked to partner with big-name brands from Anthropologie to Loft to bring awareness to the event. In order to work with CurvyCon, brands need to have always catered to plus-size women or need to be expanding into the space, Olisa said. When Loft started working with CurvyCon in 2017, it was in the early stages of exploring plus-size product. The next year, when the brand came back as a sponsor, it had a full line of plus-size products.

This year, Nike is serving as the event’s official athletic sponsor, hosting workout classes throughout the three-day event. Fashion brand Dia&Co, which targets women who wear a size 14 and up, is serving as the title sponsor.

“We are on a mission to really bring awareness to the progress needed in size inclusivity within fashion, so being the title sponsor of the premier plus-size event during [NYFW] is a key part of our work to move fashion-forward. As a digitally native brand, the biggest benefit for us is being able to interact with our community face-to-face,” said Nadia Boujarwah, CEO of Dia&Co.

Like years past, the event will include pop-up shops from plus-size fashion brands, as well as keynotes, panels, DJ sets and more. So while CurvyCon is hoping to gain traction by holding its event by NYFW, the event itself is less fashion show-inspired and more conference oriented.This year, CurvyCon is moving from doing one fashion show to three, sponsored by Target, The Knot and Macy’s. Target will feature a number of its own brands that cater to the plus-size market, as well as items from the brand’s 20th Anniversary Collection celebrating 20 years of designer partnerships with names like Anna Sui, Missoni and Jason Wu.

Then there’s Ethical NYFW, a new event happening this year through a partnership between Arlo Hotels, non-profit organization Who They Are (focused on everything from human trafficking to ethically sourced materials) and Thr3efold, a platform that helps brand produce ethically made products around the world. Ethical and sustainable denim company, Outland Denim, is also a sponsor.

“For this conversation to gain momentum and become normal within the industry it has to play with the normal industry. We want to bring that conversation more to the mainstream industry, and this was a good opportunity to do that,” said Jessica Kelly, founder and CEO of Thr3efold.

The event includes a panel at Arlo’s SoHo location, addressing how the fashion industry can shift its practices to better both people and the planet. There will also be a four-day pop-up starting on Sept. 5, supporting roughly 15 ethically made brands including Outland Denim, Article 22, Soko Jewelry and Okhai. For the first three days, the pop-up will be open at Arlo’s SoHo location, and will move to the NoMad location for the final day. The pop-up is free to enter and open to the public, while several other events tied to Ethical NYFW are invitation-only events.

“We can be a hotel that is hosting a major fashion show with huge names, but it’s more near and dear to our heart and more aligned with our overall views to host something like this. This ethical NYFW with these startup partners,” said Hannah Redfield, corporate director of public communications at Arlo Hotels.