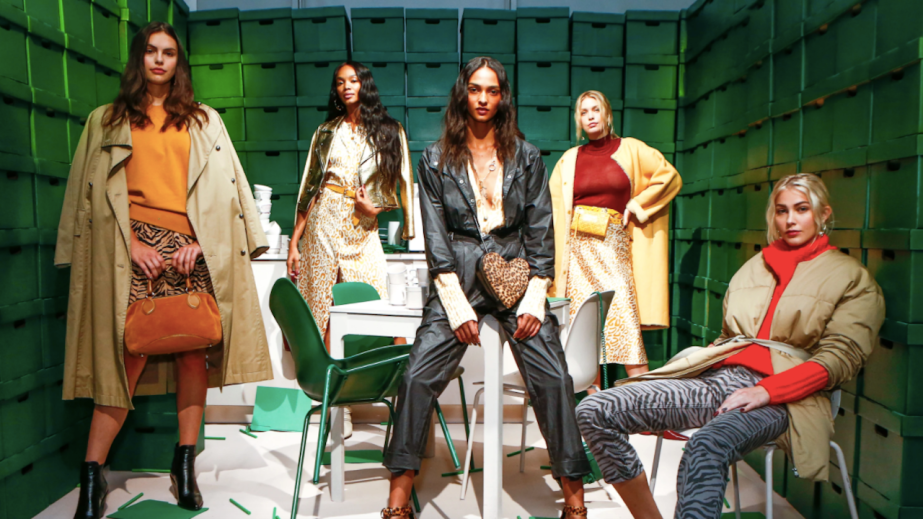 Inside NYFW’s concessions and incentives that got designers on board

When Rebecca Minkoff decided she would do a New York Fashion Week show this season, she was presented by the organizers of NYFW with what she called a “Pandora’s box worth of options.”

She could do a digital-only show, which could be live-streamed or pre-recorded; an in-person show that could be indoors or outdoors, with variable audience sizes and safety precautions; or a presentation that could last all day, allowing only a certain number of people in the venue at once. In the weeks leading up to her final decision — an outdoor presentation on the rooftop of Spring Studios — she said she and her team changed plans a dozen times. Despite the limiting factors of Covid-19, she said she had more options than ever.

A digital show would have been far easier, given the myriad health and safety concerns, but Minkoff said digital shows don’t get the ROI needed to justify their cost.

“The earned media from a physical event is just so much more than any digital thing,” Minkoff said. “We’ve never been able to approximate the return on a digital event that we could on an in-person one. And there’s just no point in putting in all the effort and money for something that won’t get the same level of engagement. So I’m really glad we could put something together.”

What also swayed Minkoff to do an in-person show were the incentives offered by IMG, one of the main organizers of NYFW. Both Minkoff and IMG said that costs for designers are, on average, lower this year than they have been in previous seasons and designers can list their events and shows for free on the CFDA calendar whether they are CFDA members or not.

IMG’s vp and managing director Dominic Kaffka said a big difference this season is that sponsors are subsidizing shows directly, rather than acting as general sponsors of the entire NYFW like some other brands have done. For instance, IMG worked to secure a number of sponsors and partnerships for brands. The shows of Rebecca Minkoff, Jason Wu and Christian Siriano will all be supported by hardware store Lowe’s. Lowe’s is subsidizing the costs of the shows which will also have a “home” theme to tie them thematically to Lowe’s. The designers who are working with Lowe’s declined to specify how much of the costs Lowe’s is covering.

IMG is also offering designers a digital content studio to use for digital-only shows, and a private showroom where they can create digital content to accompany their shows. Both are at Spring Studios and are being rented out to designers for 12 hours at a time. Kaffka declined to specify the cots of the digital package, which includes the content studio rental, but said overall rates are much lower this season than in previous NYFWs.

“All the designers are forced to have a strong digital content component, even if they’re having an in-person show, just because audience sizes are so limited,” Kaffka said, noting that rooftop Spring Studios shows will be limited to 50 people at a time.

Minkoff declined to provide specifics but said that “a lot of the partners are being flexible with rates.” Kaffka said booking a show on Spring Studios’ rooftop (the only venue for in-person events that IMG is making available) is cheaper than renting any part of Spring Studios in the past.

He also noted that, due to the irregular nature of digital-physical hybrid shows, some designers’ shows could be done on a shoestring budget of a few thousand dollars, while others could reach into the millions for something more elaborate. The pre-pandemic standard to put on a fashion show was $75,000, according to McKinsey.

There’s a feeling of “the show must go on,” among both IMG and NYFW designers. Kaffka said fashion shows are an important part of both the B2B and B2C aspects of a fashion company.

“So much of fashion infrastructure is crumbling,” Minkoff said. “The whole ecosystem needs to function, and we should all be supporting each other if we can. I’m really grateful for the help I’ve gotten from Lowe’s, and I want to contribute to having a NYFW that’s somewhat close to normal. It’s good for everyone’s business and everyone’s sanity.”