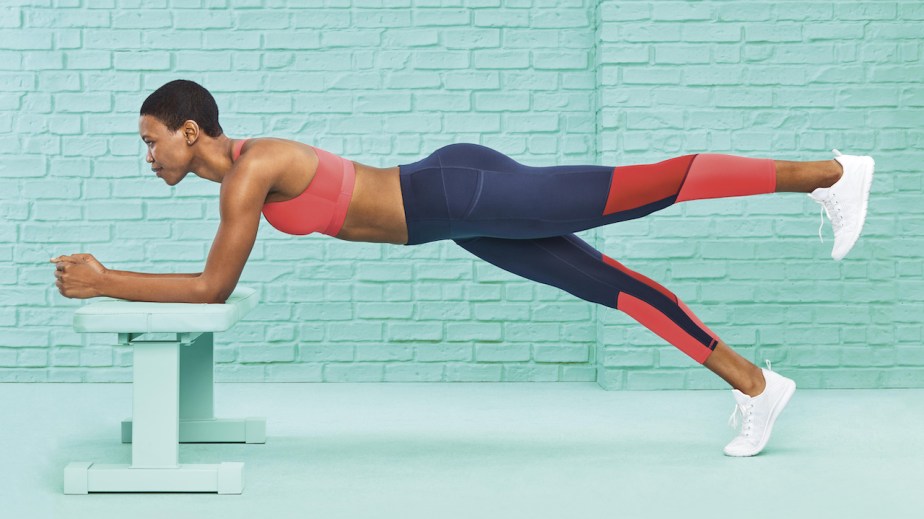 On Thursday, Target announced All in Motion, an activewear brand for men, women and kids, launching online on Jan. 17 and in stores Jan. 24. For Target, the line represents a growing focus on activewear and another big step for the company’s growing apparel empire. The retailer now has 41 owned brands, 19 of which are found in the men’s, women’s and kids’ clothing and accessories categories. Others are in grocery, beauty and home. At a time when all big-box retailers from Walmart to Kohl’s are investing more in private label, and Amazon is ramping up its fashion business, Target continues to show it’s investing time and resources into building brands that go beyond just filling a white space in the market at a lower price point.

“These are not just products to sell but rather an assortment of brands focused on quality while maintaining Target deal prices,” said Nancy-lee McLaughlin, director of search, Amazon and marketplace channels for search engine marketing firm Tinuiti. All in Motion products will range from $3.99 to $69.99, but most hover around $40.

Before All in Motion, came JoyLab, launched in September 2017 to cover fashion-forward activewear for women. Target has also had an exclusive line with Champion, C9 by Champion. However, the Champion deal was not renewed moving into 2020. All in Motion will essentially replace C9 by Champion and round out the activewear offerings with its focus on casual basics (like C9) in solid colors and straightforward designs. The U.S. sportswear market expected to exceed $200 billion by 2025, according to Statista. For Target, the investment in activewear that sells to men, women and kids could mean big things.

“Guests are seeking quality activewear and sporting goods that they trust will perform, at an affordable price,” said Jill Sando, svp and general merchandise manager of apparel, accessories and home for Target, in a statement. The majority of the line is made from sustainably sourced cotton and recycled polyester, and is moisture-wicking for high-intensity workouts.

So far, the push into private-label apparel has led to strong sales. For example, womenswear line A New Day and baby and kids’ brand Cat and Jack hit $1 billion in sales within their first fiscal year. A New Day launched in August 2017 and Cat and Jack in July 2016.

In 2018, Target reported $74.4 billion in annual sales, with 20% of overall sales attributed to apparel and accessories. That category was one of the top revenue drivers in 2018 at $15 billion for the year. In the third quarter of 2019, apparel sales grew more than 10% from the previous year. Target chairman and CEO Brian Cornell said in the company’s third-quarter earnings call that jewelry, accessories and shoes; intimates and sleepwear; young contemporary; and women’s ready-to-wear led that growth for the quarter. By analyzing customer data (what people are buying or not buying) in Target stores and online, the company is able to build its brands around those trends.

“When you walk into the store, having more choice does tend to mean you’ll pick one or two items. When there are fewer items, it’s easier to pick, but it’s a lot of stuff you don’t need and customers often decide not to purchase. More choice gives more reason to come into the store, because you’ll see something you won’t see anywhere else,” said Kelly Nickerson, vp of strategic consulting at Epsilon.

The retailer does not break out what percentage of its sales come from private label; however, roughly 75% of Target’s online apparel selection is private label, with a mix of exclusive lines like Who What Wear. For activewear, the company sells a selection of products from companies like Puma, Mizuno and Umbro.

McLaughlin said she believes the brands’ success is largely tied to the retailer’s ability to build a story and identity around each brand. Each brand has a clean logo that fits the brand’s identity and can be easily recognizable in stores. All of the branding for each line would be fitting on the homepage of buzzy DTC clothing company. For tween line More Than Magic — which covers clothes, electronic accessories, beauty and planners — Target created a bubbly font in purple and pink to match the hip vibe of the brand, which sells sequin scrunchies, faux-fur backpacks and glitter iPhone cases.

While the company hasn’t created social media accounts for each individual line, it leverages the Target Style Instagram account to promote the products. The account, which has 2.2 million followers, features products across apparel, accessories and beauty. When an image shows a private label product, the company puts a hashtag in the caption to signify which are Target-owned, like #CatAndJack, #ANewDay or #UniversalThread. That encourages customers to tag their posts, as well. Cat And Jack has been tagged 138,000 times, and women’s line A New Day has been tagged 212,000 times.

One area where Target may face challenges in ramping up apparel is with clearance, said Nickerson.

“Clearance will be a challenge, especially in clothing because, for Target, this is a fast-fashion business. It’s not like consumer packaged goods. Customers get bored with a [clothing] cycle after six to eight weeks. They are already somewhat of a medium- to low-price retailer, so they need to have an ability to clear stock,” she said.