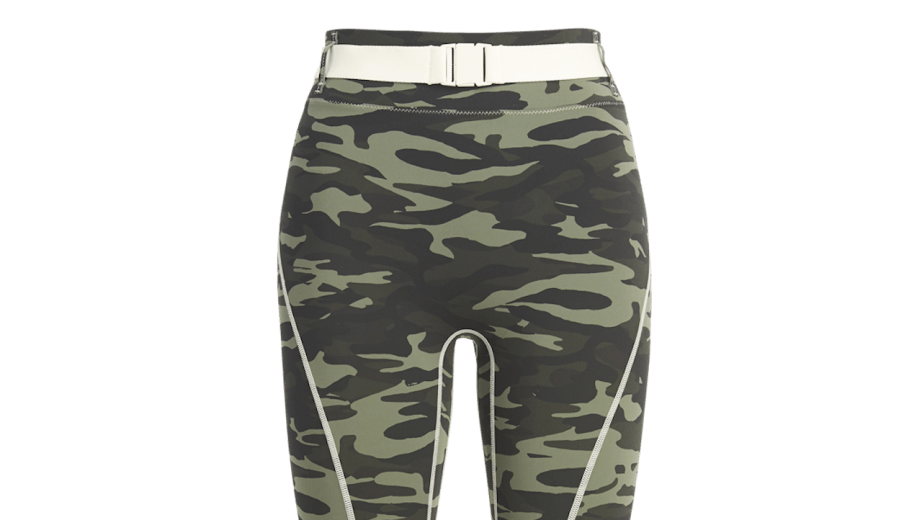 Even before the pandemic, swimwear brand Solid & Striped CEO Sarah Landman planned to expand the brand beyond swimwear, in the name of growth. But when travel and beach vacations became impossible for most people, and the swimwear market took a hit, that plan got accelerated.

On Tuesday, the brand launched its first activewear collection, which had been in the works since 2019. It was created in collaboration with Bandier, and will be sold on both company’s e-commerce sites, as well as at Solid & Striped’s two retail locations in New York and Florida and Bandier’s stores.

Landman called the launch the biggest step to date in the brand’s planned transformation from a swimwear-only brand to a lifestyle brand selling multiple categories. Activewear will remain a permanent part of the brand’s selection after the Bandier collaboration sells out. Solid & Striped has increasingly been focusing on its existing categories beyond swimwear for the last six months. They include accessories, beauty and ready-to-wear, all launched since 2019. Swimwear made up more than 90% of the brand’s sales every year from its founding in 2012 to 2019. But in the last six months, accessories sales (led by a collaboration with eyewear brand LeSpec) grew by 75% year-over-year, beauty grew by 12%, and RTW grew by 35%. Now, swimwear is closer to 70% of total sales, Landman said.

“We’ve been working with Bandier from the concept stage, to design and production, all the way to marketing,” Landman said. “Activewear felt like a natural extension from swim, and we’re planning to roll out more new categories in the next year.”

Landman said the expense of making activewear is roughly the same as making swimwear. The two are priced similarly, $80-$120 per piece, and have similar profit margins. While swimwear requires specialized fabrics and materials, which can be more expensive, it requires a lot less fabric. From an inventory perspective, she said she wants to pull back on swim to make room for growing new categories, though the exact inventory balance is still in flux and will depend on the success of activewear.

Landman also said her exploration of new categories will likely continue with collaborations. The LeSpec eyewear collaboration, which helped launch Solid & Stripes permanent eyewear category, led to significant growth for accessories. And in addition to more collaborations with Bandier, Solid & Striped is using the same strategy of starting a new category off with a big collaboration by working with Lele Sadoughi in headbands and hats and Freedom Moses in footwear, all planned for next year.

“We’re also challenging ourselves to marketing in a different way this year,” Landman said. “We’ve changed our content, since typically our marketing revolves around travel. But we’re also geo-segmenting our marketing on social media in a way we haven’t done before, focusing on our key markets like California and Florida, and theming the marketing around the idea that says, ‘Paradise is where you are.'”

Swimwear brands, in general, have had to reinvent themselves since March. As reported by Modern Retail, Fair Harbor changed the marketing of its mens trunks from “the best swim trunks” to “the best shorts,” leading to its best sales month ever in May. Andie had similar success by marketing its swimwear as yoga clothing, selling a record 30,000 swimsuits in May.

Swimwear brand Summersalt has also expanded its category offerings recently, launching its first activewear collection in September, one year after first branching out of swim at the end of 2019.

“Our goal from the beginning was to be a go-to lifestyle brand for the consumer,” said Lori Coulter, co-founder and CEO of Summersalt. “We want to own every corner of her wardrobe, so we’re continuing to roll out new categories.”

For Landman, the pandemic is the perfect time to make these kinds of changes. Consumer shopping habits are being shaken up, and brands can take the opportunity to reinvent themselves from both a strategy level and a product level.

“But we’re not really moving away from swim, since we do think that’s going to come back,” she said.