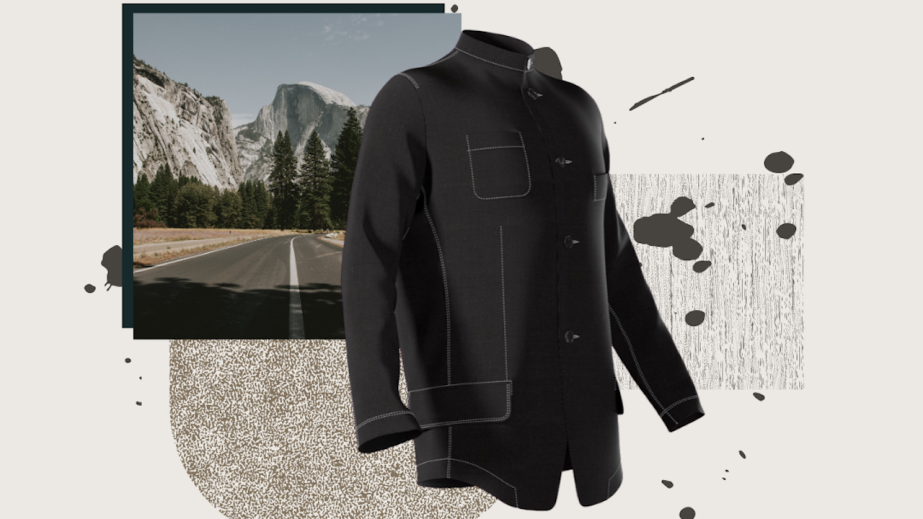 A common opinion in the fashion industry is that you cannot manufacture apparel in the U.S. — not at scale, anyway. But Patrick Robinson, founder and CEO of 5-year-old Paskho, thinks that’s wrong, and he’s setting out to prove it.

Last week, Paskho launched an ambitious new project, one that Robinson admitted is being figured out along the way. The project, called Community Made, sees Paskho moving all of its production out of Asia and to a decentralized new system, where materials are sent directly to the homes of a large network of pattern-makers and seamstresses. They do their parts of the production remotely, before the finished pieces are sent back to Paskho to be shipped from its warehouse in Hudson, New York.

Robinson — who formerly had a namesake designer label, as well design stints at Gap and Giorgio Armani — said the impetus for the idea came, partly, from the murder of George Floyd and ongoing protests for Black Lives Matter.

“As a Black man in America, you push things aside, you bury things, you learn to ignore them so you can live your life,” he said. “But I got sick of it. There are people losing their jobs all around me, record unemployment. When I was at Gap, I felt like my personal values were being put aside so I could work, and that didn’t feel right anymore. As a company, there’s something we can do, right now, to tangibly help people and improve people’s lives here in our communities. And it just hit me that I didn’t need to wait around. I didn’t need to ignore it. I could do something right now.”

Robinson pushed his team to start implementing Community Made in just three weeks, from having the idea to beginning to make the first collection.

To make Community Made happen, Robinson and his team reached out to a number of organizations for textile workers, like the Skilled Laborers Brigade, to get in touch with workers who could handle production. Last week, Robinson designed the first three products and sent the ideas off to the pattern-makers, who will make the patterns from home. Next week, the materials and designs will go to sewers, who will make the clothes and then send the finished products to Paskho for shipping. All the workers are in New York, Connecticut or New Jersey, but the plan is to find workers in Detroit next and then California,. The emphasis is on places where there are a high number of skilled workers and also that have been hit hard by unemployment.

To fund this experiment, Robinson has been taking pre-orders for the first three products, letting interest and pre-order sales determine the size of future collections. Normally, Paskho makes about 5,000 of each item it sells via its e-commerce store, but for Community Made, the team plans to start with a few hundred. The prices for the Community Made product remain the same as the normally produced product, ranging from around $90 to $170.

This model will likely produce a number of benefits, including local jobs for American workers that pay better and offer a better work-life balance than the average factory job. But it’s not without its limits — challenges include shipping and scaling.

The decentralized production model requires an inordinate amount of shipping, compared to the process if everything was manufactured in one place. Robinson said he hopes to mitigate the shipping costs and environmental impact by shipping finished product directly from the workers to the customers, rather than having it stop at the warehouse first, but that plan is still a ways away from being finalized.

On the scale side, Robinson acknowledges the limits of producing in people’s homes, but said he’s not so sure that scaling up considerably is impossible.

“I don’t think there’s a cap on this, because no one has really tried it,” Robinson said. “It just depends on how many workers you can find, and there are a lot in this country. The Skilled Laborers Brigade works with, I think, 500 workers. Couple that with how we can use technology to automate a lot of things [like quality control and shipping logistics], and the fact that we keep the core Paskho team really slim, I don’t see why we can’t grow this thing. If I got 10,000 orders today, I would feel comfortable making that happen. The other thing is that we’re making clothes, not cell phones or something. Not to sell our skilled workers short, but a pair of pants isn’t that complex in terms of assembly.”

Paskho’s innovative new model speaks to the larger and long-term disruptions that the pandemic has had on global manufacturing. While China has become a dominant force in manufacturing, many brands were already beginning to think of ways to move away from China and diversify their processes.

Yossi Nasser, CEO of intimates manufacturer Gelmart, said the fracturing of China’s dominance as a manufacturing hub will only continue.

“China will always be a big player in manufacturing, but more and more manufacturing will spread out around the world,” he said. “There’s not going to be one place that becomes the new global hub of manufacturing. It’s going to be pockets of places all over the world.”

Robinson acknowledged the many uncertainties of the Community Made model, but he’s confident that American consumers are hungry for something more. He said, so far, all three of the products have sold out of the initial few hundred pieces, just from pre-orders, and he’s hopeful that supply and demand will grow together. He’s also planning on documenting every step of the process, encouraging workers to take pictures and videos as they work to share on Paskho’s social media accounts. Robinson has been documenting his own design process on the brand’s Instagram account, where the pre-orders are heavily advertised.

“I want you to know the person who made your clothes,” he said. “This is the time to really make a change like this. We could put it off and think about it and plan, or we could just try it and see what happens.”