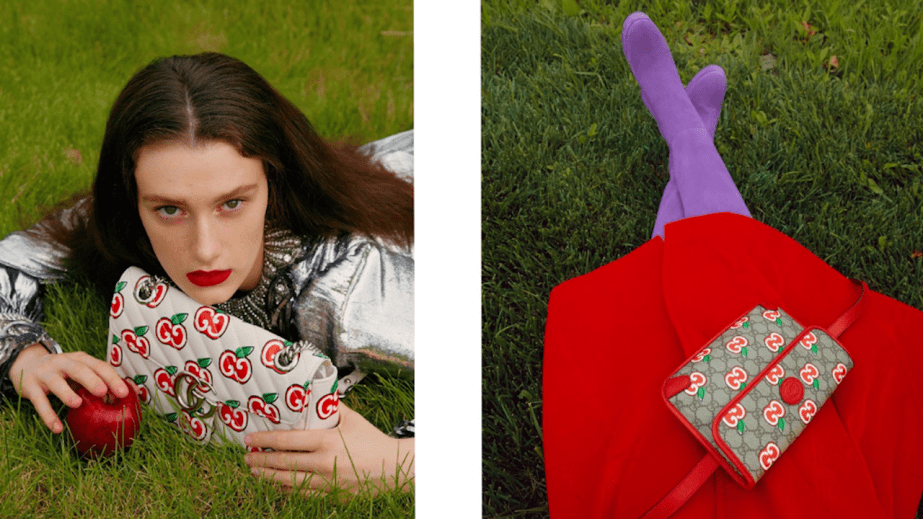 How luxury brands leaned into the Qixi Festival opportunity

Tuesday is the Qixi Festival, a Chinese holiday sometimes compared to Valentine’s Day. Outside of Chinese New Year, it’s one of the biggest sales driving Chinese holidays of the year for luxury brands, even more so than Singles Day, according to Danielle Bailey, managing vice president at Gartner, who leads research on the APAC sector. And this year, with China back on its feet and the U.S. still floundering, Qixi is even more important for those brands.

Luxury brands have been shifting resources and focus to China for years, but in the past few months, China has increasingly served as the main event for luxury brands. That’s because the U.S. economy isn’t recovering as fast as China’s. Brands like Tiffany and Burberry have reported anywhere from 30-90% recovery of sales in China, far exceeding other markets.

Qixi is a major shopping holiday, with sales in some categories jumping by nearly 120% for the day, according to 2019 data from China Daily. And in 2018, hundreds of thousands of handbags were sold in one day on Tmall. Brands are putting a lot of work into their Qixi efforts this year, but so far with mixed results.

Brands’ struggles with this holiday can be better understood by looking at how Qixi campaigns are usually carried out.

“Typically these campaigns are hallmarked by huge celebrity endorsements or some limited-edition or capsule collection just for Qixi that is launched to give it some exclusivity,” Bailey said.

Dolce & Gabbana, a company that was already on thin ice with Chinese consumers due to prior missteps, debuted what it called an exclusive Qixi collection, but the products are actually available globally and has no actual connection to Qixi beyond the way they were marketed. Exclusive, Qixi-themed collections are something Chinese consumers expect, and failing to offer that, especially with misleading marketing, led to immediate scorn on Chinese social media apps like WeChat and Weibo.

The Dolce & Gabbana ad also showed two female virtual avatars, but the brand insisted that they were not meant to be romantically linked and that Qixi can also be about spending time with “good friends”, which Bailey said is not at all how Qixi is commonly understood in China. It’s solely a holiday about buying gifts for a romantic partner. (Brands flirting with LGBT themes and then backpedaling due to China’s harsh policies on homosexuality is a separate but common issue).

Balenciaga, a brand that is more highly regarded in China than Dolce & Gabbana, also made a misstep with a campaign for a Qixi-themed bag. It was widely mocked on Weibo for its bizarre visual style and poor production quality. Some users negatively compared it to the slick campaigns the brand runs in Europe, calling the campaign insulting and misguided.

“Balenciaga’s mistake was mainly a mistake in style and aesthetic,” said Yanyan Froud, regional vice president of ForwardPMX, who focuses on APAC. “The brand used an approach that may have landed well with certain younger Gen Zers, and while it was certainly well-intentioned, when it came to targeting a larger base of Chinese consumers on this traditional festival, the ‘traditional’ was missed. What it proves is just how critical it is for international brands — even the luxury brands that are loved and celebrated by Chinese consumers — to understand the culture and create something that’s respectful of local nuances.”

But hiccups aren’t always catastrophic. Bailey noted that the Balenciaga Triple S sneaker has been one of the most popular shoes in China for several years now, according to Gartner’s data, even through the brand facing previous social media backlash. Balenciaga has seen consistent growth in the region, according to parent company Kering’s earnings, with nearly a third of its business coming from China. Despite the poor reception of the marketing for Qixi, Bailey said the bag will likely still sell well based on pre-sale data.

“This was Balenciaga’s first big activation in China since it launched on Tmall [in May], and there was a lot of anticipation for it,” Bailey said. “Typically, luxury brands are anti marketplaces like Tmall, but China is so important to them that more are joining Tmall and others to get as much exposure in that region as possible. And even though they missed on the marketing, the product has a lot of strength, and people like the brand in China. But they have to trust their customers and treat them with respect as the sophisticated consumers they are.”

Bailey pointed to Gucci as a brand that did well with its Qixi marketing and product design. The brand introduced an entirely new print featuring stylized apples across a wide range of products, just for Qixi. The collection is available on Gucci’s website, through WeChat, and in-store at select Gucci boutiques in China. Gucci encouraged users of Little Red Book to take selfies in front of the stores and post them with the hashtag #GucciQixi, which drove more than 120,000 instances of user generated content. Little Red Book is a Chinese social media platform that Bailey said more luxury brands have taken an interest in recently.

According to Bailey, Chinese consumers know that they are an incredibly important market and that brands are relying on their money, and with that knowledge comes an expectation that brands will go above and beyond basic pandering or poorly conceived marketing strategies.