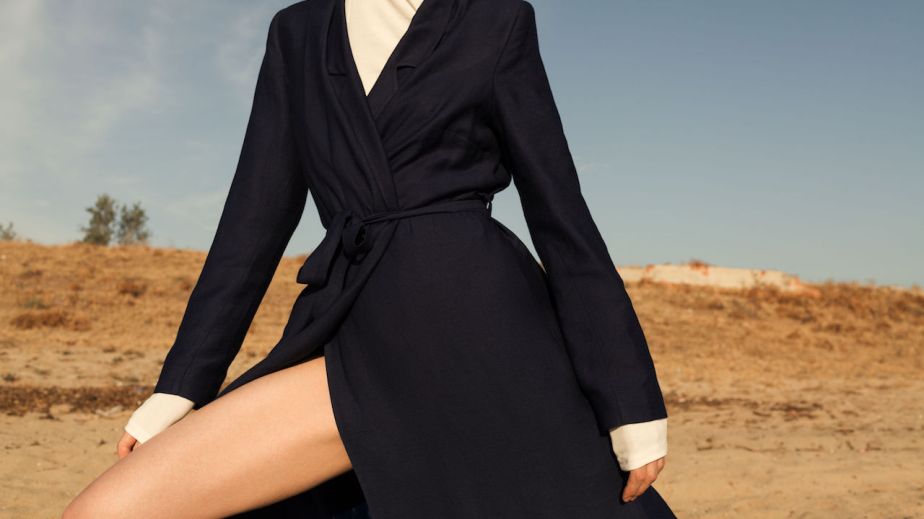 ‘Innovation is sexist’: More fashion retailers are centering their businesses on female empowerment

Last week, e-commerce site The Helm launched with 80 female-founded fashion, beauty and home-decor brands, and the promise to shoppers that an undisclosed portion of the profits will be reinvested in the company’s VC fund for women-owned businesses. The Helm started its VC fund in February 2018 and has since invested $1.5 million in 11 tech-centered companies in categories from health care to food delivery. A larger fund is set to kick off in the fall.

With the direct-to-consumer model increasingly a draw for brands aiming to form connections with customers, retailers are working to prove that — by linking with a cause — they can facilitate a similar bond.

The Modist, a multi-brand luxury retailer specializing in modest fashion, launched on International Women’s Day in 2017. Creative director Sally Matthews said at the Glossy Summit in May that the company plans to explore different channels and ways to reach women that will allow for more discussion about female empowerment and more opportunities for women to tell their stories. Every IWD, Net-a-Porter comes out with a line of tees supporting Women for Women International, a charity supporting women worldwide. There’s also Bulletin, launched in 2017, which works as a Shopify of physical retail exclusively for women-run merchants. Outside of female empowerment initiatives, a number of retailers have recently made plans to tackle sustainability head-on.

Right out of the gate, The Helm is selling popular fashion brands including Rosetta Getty, Nili Lotan and Mansur Gavriel. Founder Lindsey Taylor Wood, whose background is in the women’s rights space, said the company’s focus, supported by its Vogue-veteran fashion director Rachel Waldman, was key to getting the brands on board.

“We’re really centered on creating this flywheel of women investing in women, and especially given the climate, brands are really responding to that,” said Taylor Wood. “Choosing to [sell on The Helm] says to the world is that a founder stands for something and they’re willing to elevate other women, as well as themselves. And that helps to underpin their own brand and mission.”

Among early brand partners is Nili Lotan, which also sells through retailers including Shopbop, Barneys and Net-a-Porter. Designer Nili Lotan started the brand in 2013 and remains the sole owner. While the company typically chooses retail partners primarily based on alignment of price and designer with the other brands being sold, it teamed with The Helm based instead on its mission philosophy, said Shannon Quarantino, the brand’s vp of digital commerce. The opportunity to reach a new audience was also a factor.

Like many fashion companies, Nili Lotan has become increasingly focused on its direct sales channels, including its e-commerce site and three retail stores, as they allow for more storytelling. The brand’s stories typically focus on Lotan’s roots, company’s history and the style of the pieces. Quarantino said Lotan is “quiet and understated,” and not typically vocal about her personal values and beliefs.

Likewise, the idea of supporting women through product was the draw to The Helm for Rosetta Getty, said Viktorija Svedkova, the 5-year-old brand’s head of marketing and public relations. Rosetta Getty collaborates with different female artists every season, and both Getty and the brand have publicly advocated for women.

“We thought, ‘This really speaks to our ethos,’” said Svedkova, noting The Helm also offered strong brand alignment and a fresh customer base to tap. It announced its launch at The Helm in an Instagram post, noting its pride in the partnership.

Rosetta Getty has more than 100 global retail partners, including Bergdorf Goodman, Net-a-Porter and Lane Crawford. As the brand and its consumer base has grown, Svedkova said the company has reevaluated its retail partners every season. It’s been focusing more on DTC sales since launching its e-commerce site last year.

Svedkova said there are other retailers the brand loyally works with based on its support of women, including Net-a-Porter. The company is female-founded, plus it supports women through the brands it sells and its editorials, featuring a diverse array of successful women.

Taylor Wood was inspired to launch The Helm after working as a consultant on gender and philanthropic strategies to high-net-worth clients. She said she had come to find it hard asking anyone to put capital toward programs supporting the advancement of girls and women, as all related progress had flat-lined.

“As a general rule, when men have wealth, they’re invited to invest and amass more wealth,” she said. “Women, on the other hand, are invited to chair a gala, join a board of a non-profit — write checks and give their wealth away. We have access to money, but we need to start investing in things that actually serve the greater good and our own self interests.”

She pointed to several stats supporting the need for The Helm’s: Only 2% of venture capital goes to women, though women are driving 70% to 80% of all consumer purchasing. Ninety percent of women will go out of their way to buy products with female founders, if they knew where to find them.

“Innovation is sexist,” she said. “To the consumer, we want to say, ‘The vast majority of products that are made for you are not owned by women. They’re not marketed to you by women. And the money that’s being made off of them is, more often than not, not emboldening, empowering or advancing women. We can change that.”