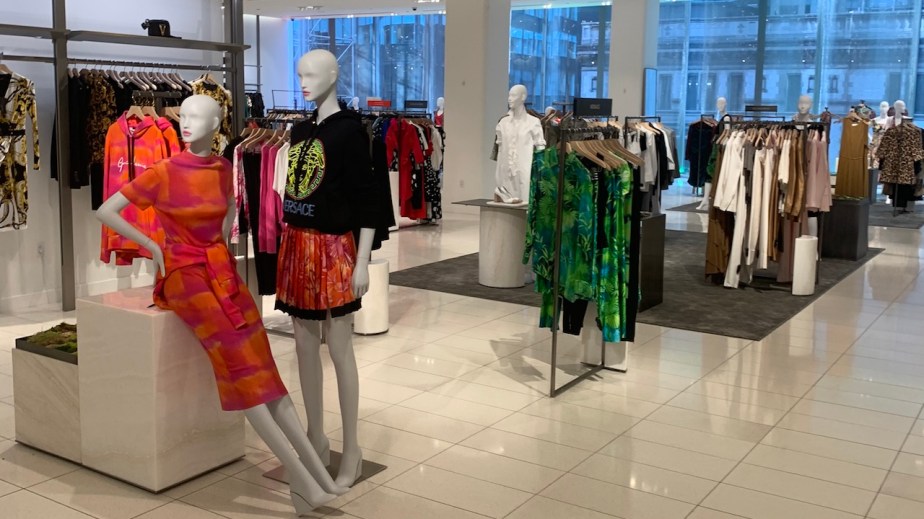 How updating the buying process could save retailers

Fashion brands have been forced to figure out the direct-to-consumer sales model over the last four months, and it’s resulted in a power shift: Retailers no longer have the upper hand.

Brands have long abided by the traditional, seasonal fashion calendar, perpetuated by fashion weeks, trade shows and retailers. But switching gears in the name of survival has meant rethinking their production and distribution cadence. It’s resulted in the realization that fashion’s old parameters don’t serve brands’ best interests. So, brands are creating individual playbooks and asking retail partners to follow their lead.

With retailers closing their physical stores for months, and canceling brand orders by the droves to safeguard their own operations, fashion brands looked to compensate for lost sales by growing their e-commerce businesses — and many were successful.

“Our e-commerce is continuing to explode,” said Iva Pawling, founder of comfort apparel brand Richer Poorer. June was the company’s biggest sales month to date and included three consecutive record sales days. DTC e-commerce sales are now expected to make up 75% of the company’s total sales this year, up from original projections of 40%. Richer Poorer sells at partners such as Nordstrom, Bloomingdale’s and Free People.

Richer Poorer has now opted to flee the fashion calendar, establishing a custom schedule, which Pawling called the company’s biggest business change stemming from the pandemic.

“We’re not going to do the dog and pony shows,” she said, referring to fashion’s seasonal trade shows like Coterie, which her team formerly attended like clockwork. “The benefit of trade shows not existing this season is that we now have free rein to run our business the way we want to.”

On its typical schedule, Richer Poorer would have shown its collection for spring 2021 at trade shows from July through September, and allowed retailers to place orders until October 15 for product delivery on January 15. To prepare for the trade shows, the collection would have had to be finalized in May. Now, the company is simply providing retailers with line sheets three weeks ahead of the October 15 order close date. Pawling said she’s informing the brand’s retail partners of the change on August 1.

“We are now designing our collections based on when they’re actually delivering in the market; we’re building a business for the actual end consumer,” she said. “The closer you get to when those products deliver, the better sense you have for what styles are going to work, what colorways are going to work — you’re able to deliver the most relevant product for your customers.”

Department store partners  have no choice in that matter, she said. “Historically, they’d push back on [changing the schedule]. But it’s not as if they really treated any brands that well in the last three months, so them trying to demand anything is going to be pretty tough.”

Along with closing stores and cutting staff, department stores abruptly canceled spring orders with brands and now need their merchandise. Department stores’ struggle has accelerated this year, largely due to their grand, temporarily useless physical footprints.

“I went into [a California] Nordstrom in mid-June to grab a gift, and it was sad,” said Pawling. “There was no inventory; the shoe department looked like the store was going out of business.”

Retailers like Nordstrom that have targeted DTC brands and convinced them to sell in stores have no doubt bent their own rules in the process. Now, retailers’ relevance may depend on them putting in the work by taking a custom approach with all partners — not only to win back brands, but also to win back customers.

Alexandra Willinger, buying director at Gap Inc.-owned Intermix, said that when she was a buyer for ready-to-wear and soft accessories at Bergdorf Goodman, trade shows were great for seeing a bunch of soft accessories in a few hours; it was efficient.

But an efficient approach may no longer cut it.

“It’s harder to scale something that’s unique,” said designer Misha Nonoo, who called out the inspiring shopping experiences at stores like Dover Street Market. “There is no space anymore for the run-of-the-mill department store that carries the same thing, whether you’re shopping in Texas, Los Angeles or North Carolina. That kind of fashion is lazy and boring.”

High-end brands including Dries Van Noten, Gucci and YSL have also dropped off the fashion calendar. On June 15, Michael Kors announced it will move to showing just two collections a year, a month or two after the established New York Fashion Weeks. The purpose is to streamline the brand’s focus and to show collections closer to its delivery dates, according to the emailed announcement.

“Creating new collections four to five times a year just because there are certain retailers that keep saying they need more doesn’t make sense,” said Taylor Tomasi-Hill, creative and fashion director at fashion shopping app The Yes. “Why not create two collections? Rather than drop everything at once, you have monthly or bi-monthly drops. Then the retailer has newness, and the brand has time to actually be inspired and stop overproducing.”

As the buying process goes digital via platforms like NuOrder and Joor, Willinger expects the process to evolve. And potentially, unique ordering schedules will be easier to manage. NuOrder on-boarded 500 of its current 2,500 brand partners between April and May, according to the company. Saks Fifth Avenue signed on in June.

But for now, Willinger said, she plans to keep working on a seasonal cadence, making showroom appointments with every Intermix brand during the market weeks, two to six times a year — when social distancing guidelines allow for it. Seeing the fit and fabric of the clothing is crucial, she said. “There’s just so much that you don’t get virtually.”

Intermix designers are starting to factor in the need for less lead time for production, said Willinger. Jonathan Simkhai, for one, launched more casual styles, like tees and jeans, last fall; the fabrics used allow the company to more quickly respond to what’s selling. For the brand’s dressier core collection, the lead time is six months.

“We are all together in figuring out what’s next, how we can move away from such markdown craziness and how we can build more profitable businesses together,” said Willinger. “It’s a partnership, for sure.”