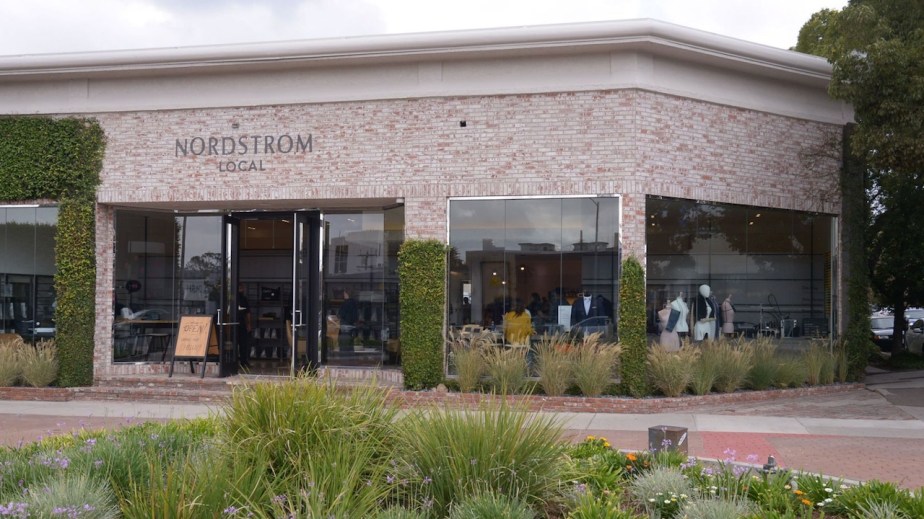 Retailers and beauty retailers are faced with a conundrum. Their stores are closed, but in many cases, they’re still expected to pay rent.

A number of retailers are already in discussion with landlords about ways to alleviate that pressure, but those negotiations can be tough. Landlords aren’t always so understanding and they have their own financial situations to deal with as well. Glossy talked to a few experts in the real estate and legal worlds about how retailers can make the most of these negotiations.

Weigh the options
Landlords’ willingness to negotiate and the relief they can offer depends heavily on their own financial situation. Larger landlords, including companies like Simon Property Group which owns thousands of malls around the country, are able to absorb costs much more easily, and tenants that are large and profitable themselves have more leverage to negotiate.

“There are a lot of ways to negotiate this,” said Scott Stuart, CEO of Turnaround Management. “It could be rent deferral, where three months are tacked onto the length of the lease in exchange for no rent paid for three months now. There are also rent reductions or complete waiving of rents. The tenant could guarantee it will extend the lease in exchange for relief, or suggest any number of other ways of doing it. There are a lot of options.”

Renegotiations could also take the form of cancelling a lease entirely, which Stuart said was feasible without penalties as long as both tenants and landlords agree to it. While that’s an extreme measure, it actually could end up being the right move for retailers that are already overextended and not bringing in retail sales anyway to lessen their financial obligations.

“There are a lot of retailers that already had too many stores to begin with,” Stuart said. “For them, this could be a great opportunity to close a few of them, reduce their footprint and their financial obligations all at the same time.”

Expect landlords to be at least a little flexible
The good thing for tenants is that landlords need them just as much as those tenants need real estate. In theory, the landlords should have much more leverage here, since the tenants are the ones who contractually owe money with no way to pay it.

But in practice, things are a bit more even. Landlords loathe having empty storefronts right now, according to Stuart. Evicting tenants that can’t pay rent might make sense in normal times, but with a simultaneous pandemic and economic downturn, those empty spaces are not as easily filled. It’s to the landlord’s benefit to defer or waive rent payments for a few months in exchange for keeping on an otherwise reliable tenant.

“There’s going to have to be a shared reasonableness between real estate owners and retailers for both to be able to survive,” Stuart said. “These will not be easy negotiations for sure, especially since retail was already struggling going into this. Economic uncertainty will exacerbate those problems, so both parties will have to concede some things.”

Even if rent is deferred, factor in the payments that are unlikely to be deferred
Rent is not the only cost associated with leasing a store. Even if rent payments are deferred, Claudia Springer, a partner at law firm Reed Smith, said that she’s seen landlords be much less receptive to deferring some of those other payments.

“I’ve been hearing from some of my clients that landlords are being much less receptive to deferring other typically commercial payments like real estate taxes or, if you’re in a shopping center, things like utilities. And a lot of landlords are not sympathetic to the force majeure argument. Normally landlords are pretty savvy about taking force majeure out of a lease. But it could be worth a try for tenants, since this situation does fit the definition. They’re not getting the benefit of the deal with the landlord, since their stores are closed due to an outside events.”

Taxes in particular can be a big drain on retailers, she said, especially in states like Texas where real estate taxes are high. Luckily, the recently passed CARES Act offers some options for relief.

“Some tenants should be able to get assistance from the CARES Act and through the SBA,” Springer said. “Landlords might defer payment until tenants get those loans, but then they might expect them to use that money toward their rent.”

Evictions probably won’t happen soon, but don’t use that as an excuse to stop paying
Some retailers have announced that they plan to simply stop paying rent. Urban Outfitters announced on Mar. 31 that it was suspending rent payments without negotiating with its landlords, and others have done the same.

And while some landlords like mall owner Taubman Centers have said that tenants must keep paying rent, no matter what, the truth is there’s little property owners can do at the moment. The CARES Act also includes a moratorium on evictions for at least 120 days, plus landlords have little access to methods of eviction right now.

“Landlords have to basically sit on their hands right now,” Springer said. “They could write a letter or threaten litigation, but the courts are essentially closed right now and it won’t do much good to try and evict people. At this point, landlords don’t have a ton of options.”

But even though tenants can technically get away with simply refusing to pay rent, it’s probably not the smartest move in the long term.

“Just because you say you’re not paying rent, that doesn’t mean you’re released from responsibilities,” said Heather Milazzo, vp at Keen-Summit Capital Partners. “You could be held in default and trigger penalty payments or other clauses in the lease. [Coronavirus] isn’t really something any landlord has ever dealt with before. But in my opinion it’s best not to burn bridges if you don’t have to.”

Negotiate and communicate as much as possible, but there are alternatives if all else fails
The most important bit of advice, stressed by every expert, is that communication and negotiation should be done early and openly.

“One of my partners who represents a lot of commercial landlords said that some tenants have gone completely radio silent,” said Springer. “They really appreciate the ones that don’t and who communicate openly and early. I think they’ll be a lot more sympathetic to the tenants that work with them.”

But it is possible that landlords could completely reject any discussion of deferred rent, while tenants truly have no way of paying it. In that case, Milazzo said there’s one option.

“If you’re being completely stonewalled, the two things you should do are to keep pleading your case and to consult with an attorney,” Milazzo said. “On the first point, the situation is changing. A landlord who refused a month ago when stores were only supposed to be closed for two weeks might have a different opinion now. On the second point, you can let a legal expert be the mediator between you and see if that improves the discussion.”