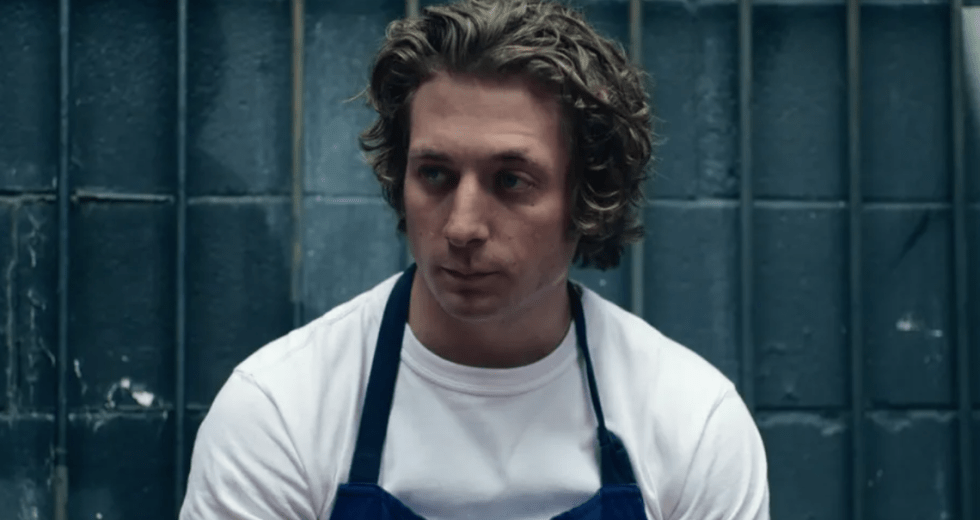 Hulu’s surprise hit drama “The Bear,” a show about a troubled but brilliant young chef who inherits his late brother’s struggling restaurant, has earned due praise for its writing, its direction and the performances of the talented cast. But, for a show about food, “The Bear” has also garnered a surprising amount of attention from the fashion community for the excellent menswear on display.

The protagonist, Carmen “Carmy” Berzatto, played by actor Jeremy Allen White, is a man with exacting taste. It’s established early in the show that he’s a classically trained chef who has worked at Michelin-starred restaurants. That taste extends to his wardrobe, which is made up of high-quality but unfussy workwear and vintage Americana, most notably a ubiquitous and perfectly-cut white T-shirt.

Within a few weeks of the show’s release at the end of June, dozens of articles and TikToks circulated trying to identify the exact brand of T-shirt that Carmy wears. Early reports indicated that the T-shirt was Velva Sheen, although it was later confirmed that Carmy’s shirts are primarily from the Japanese workwear brand Whitesville, the German basics brand Merz B. Schwanen and, on at least one occasion, a T-shirt from the Supreme x Hanes collection. A different character, Marcus, does wear Velva Sheen later in the season, however, as well as clothes from Off-White.

Other viewers scrambled to identify a checkered winter coat Carmy wears in episode three (from the brand NNO7), as well as his shoes (Tokio Birkenstocks) and the black workpants he regularly wears in the kitchen (Carhartt).

Courtney Wheeler and Cristina Spiridakis, the costume designers who defined Carmy’s look, were flattered, if a bit surprised, at all the attention the show has received for the menswear looks.

“We’ve done shows where the clothes are a lot more front-and-center,” Wheeler said. “It’s kind of ironic. This is one of our most subdued shows, actually, and yet it’s taken on a life of its own.”

“We get hundreds of DMs a week about the clothes,” Spiridakis said.

The designers said none of the brands featured in the show asked for their clothes to be included. Every piece of clothing was purchased by the production team, either from thrift stores or from the brands directly.

Wheeler and Spiridakis worked closely with showrunners Chrisstopher Storer and Joanna Calo to develop Carmy’s look. As a chef, he has a refined palate and is shown to use high-quality Japanese chef’s knives. Dorer and Calo wanted his wardrobe to reflect a similar interest in craftsmanship. He favors old-school manufacturing (his T-shirts are mostly loopwheel-style with no seams on the side and made of heavyweight cotton), heritage brands and workwear that can stand up to a full day in the kitchen.

It’s the combination of style, comfort and affordability that Wheeler theorized has been key to Carmy’s appeal. Fashion brands have remarked throughout the last year that people accustomed to the comfort of athleisure and loungewear worn during the height of the pandemic don’t want to give that up as they move back into a semi-normal life.

“Dudes are caring more about what they’re wearing,” said Taylor Davies, a menswear stylist and writer for the men’s style blog Style Girlfriend. “Especially since the pandemic, men are paying more attention to quality. They’re more willing to pay for a T-shirt that costs a little more and is a little higher quality in the way it’s weighted. More men are dialed into what looks good.”

As the menswear industry has grown, both in market value and cultural cachet, it’s been lacking fictional characters whose clothes are iconic and memorable. While womenswear has long had its fictional icons, like the cast of “Sex and the City” and “Emily in Paris,” there were relatively few options for menswear. Spiridakis and Wheeler offered a few, but most were years or even decades old. The Cosby sweater was influential in its time, Jerry Seinfeld’s big white sneakers made a comeback years later in the form of the ugly sneaker trend, and James Dean’s turn in “Rebel Without a Cause” birthed a generation of brooding, leather-jacketed imitators.

Perhaps the most recent truly iconic menswear in film that had an immediate impact on the market was Ryan Gosling’s white satin jacket in the 2011 film “Drive”, which brought the Harrington jacket silhouette roaring back into fashion. More than 10 years later, dozens of online outlets still sell replicas of the jacket.

But in recent years, the notable clothes worn by characters in film and television have been hyper-luxury — like pieces donned by James Bond or the ultra-rich characters in HBO’s “Succession” — or aren’t realistic, like the period costumes of “The Gilded Age” or even “Game of Thrones”.

In Carmy, the designers created a character whose style is practical yet stylish, thanks to signatures that are high-quality yet affordable. In other words, it’s exactly the kind of aesthetic that dominates menswear right now. Think: the growth of workwear brands like Carhartt and Dickies, and the ultra-simple looks of Yeezy x Gap. Whitesville’s white T-shirt sold out in July, as the show grew in popularity, as did the Tokio Birkenstock in all but the largest and smallest sizes available, according to both brands’ websites. Even products that weren’t actually in the show but are in a similar vein have sold out, including, as GQ noted, an apron from Aimé Leon Dore that’s similar to Carmy’s.

“A lot of men are looking at these clothes and thinking, ‘I can do that,’” Spiridakis said.

Even the actor Jeremy Allen White isn’t immune to being influenced by Carmy’s style. Wheeler said that, at one point, about halfway through the season, she met with the star to get him into his costume for shooting and found him wearing black workwear pants and a well-cut white T-shirt. Wheeler thought he had already put on his costume, but they were his own clothes.

“I was like, ‘You’re dressing just like the character,’” Wheeler said. “He looked down at his Dickies and said, ‘Oh, I guess I am.’”