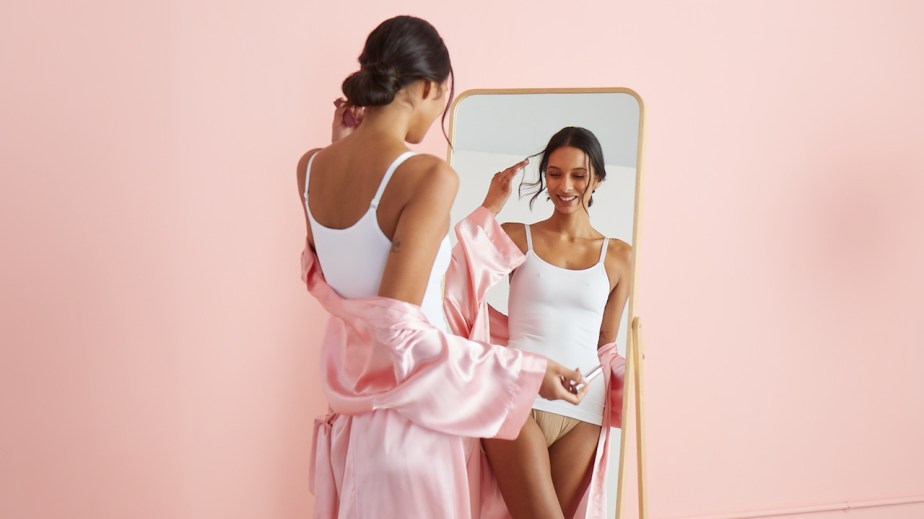 How Shapermint quietly took a fifth of the US shapewear market

As retailers adapt to the second year of e-commerce centricity amid a seemingly endless pandemic, digital marketplaces continue to outshine physical stores.

It’s estimated that U.S. consumers spent $861.12 billion on e-commerce purchases in 2020, up 44% from the prior year. Digital sales on Amazon and Walmart saw considerable gains, but digital marketplaces dedicated to niche categories also benefited from the online shopping boom.

Shapermint, a digital shapewear marketplace launched in 2018, held a 20.4% share of the U.S. women’s shapewear market in the 12 months ending in November 2020, per market research firm NPD. NPD’s research is based on findings from its Retail Tracking Service, which sources point-of-sale data directly from more than 1,300 e-commerce and brick-and-mortar retailers.

Among the 13 brands that are offered on the Shapermint marketplace, in-house brands Empetua (shapewear) and Truekind (wireless bras) are driving its growth, per NPD research. Shapermint’s growth strategy is based on two key components: aggressive digital marketing to build community among shapewear enthusiasts online, and efforts to study customer behavior and preferences expressed in interviews, surveys and reviews.

Massimiliano Tirocchi, CMO and co-founder Shapermint, told Glossy that one of the company’s early hurdles was challenging perceptions around shapewear, including that it’s a vehicle to change one’s appearance. Through a marketing strategy heavily reliant on Facebook and Instagram, Shapermint sought to create community around messages of body positivity and empowerment.

“There was a positive group and community of women who liked wearing shapewear … even on an everyday basis, [to feel] more empowered,” Tirocchi said.

Over the past two decades, the shapewear category has come into its own through the rise of brands like Spanx (which is estimated to bring in $400 million in revenue per year) and Skims, launched two years ago by Kim Kardashian West. Alongside Shapermint, upstart brands including HoneyLove and Heist have also joined the shapewear market in recent years.

Shapermint, which is self-funded and profitable, has more than 4.4 million customers and generated $150 million in revenue in 2020, according to the company. With no physical stores and a globally dispersed team — Shapermint is owned by Montevideo, Uruguay-based e-commerce group Trafilea — digital marketing is its primary tool for building brand affinity.

A digital outreach approach
The company’s in-house creative team makes 100-200 creative ad products per week (including video), which form the basis of paid, platform-based campaigns on Facebook (including Instagram), as well as organic and paid products on YouTube and Pinterest. It is running more than 400 of these products at the same time every week. The company’s video strategy also includes user-generated content from influencers.

“We started initially with Facebook and Google search and display,” he said. “We already have experience with managing a six-figure budget per day, and we are [now] investing more than $100,000 per day on Facebook.”

Shapermint is hedging its bets by extending its digital marketing strategy across platforms. Asked why the company is so heavily reliant on Facebook, Tirocchi said it’s one of the most effective ways to acquire customers.

“Its algorithm has evolved quite a lot, and it’s really easy how you can target [users],” he said.

Shapermint, which said its videos generate 1 billion impressions per quarter, is also looking to expand to Snapchat and Tiktok. It has been running TV ads since 2019. The company spends around $60 million per year in advertising, according to Tirocchi.

A focus on data
Shapermint’s knowledge of customer preferences is based on an ongoing effort to solicit feedback. The company has a five-person research and consumer insights team that studies product reviews and puts together dashboards that compile all quantitative feedback. On the qualitative side, the company does 20-30 customer interviews each week.

Other opportunities for feedback include commentary from select customers who receive samples prior to product launches and the outcomes of surveys that are sent to customers 15-20 days after they buy an item.

“We can easily identify what is not working so well, including whether the item fits as expected. It could be whether there is a sizing [issue], or it could be that the compression is too high or too low,” Tirocchi said.

Regarding the effects of the pandemic, Tirocchi said that after an initial dip in sales, sales picked up in shapewear categories that can be incorporated into daily living, including camis, leggings and bras. In the 12 months ending in November 2020, Truekind, Shapermint’s in-house wireless bra brand, ranked No. 16 in the U.S. women’s non-sports bra market, according to NPD.

Shapermint has also refined the digital experience by streamlining the steps a customer takes to complete a purchase, including by launching a custom-built checkout in September 2019. The company previously used an off-the-shelf solution provided by Shopify.

“We have more control, in terms of what [information] we want to show,” Tirocchi said. “It’s just one page, and if we want to add other types of payment methods or if we want to provide any extra information within the checkout, it’s something we can do.”

The evolution of the shapewear market
The U.S. shapewear market, which is valued at $350 million, experienced a decline at the outset of the pandemic, according to NPD. However, interest picked up in areas not tied to traditional use cases for shapewear, said Kristen Classi-Zummo, director of market insights for apparel at NPD Group.

“Traditional shapewear was one of the most challenged categories since the onset of the pandemic, and the category itself was down double digits in 2020,” said Classi-Zummo. “It was primarily impacted by special occasions and events like weddings being delayed or canceled altogether.”

But certain categories tied to different use cases experienced increased market interest: Sales of active pants with shaping features were up 3%, shorts with slimming and shaping technology were up 4%, and women’s underwear with built-in support were up 4%, she said.

As digital-native brands continue to grow their customer communities, many industry players — both large marketplaces and more niche ones — are likely to continue to vie for market share. Shapermint generates 10% of its sales from Amazon and Walmart digital storefronts.

“There are benefits to both sides. With these smaller brands, they have a really focused consumer base, and they know who their customer is, and they can reach them in different ways,” said Classi-Zummo. “And some of these bigger [marketplaces] might be coming into this space with private labels.”

Looking to the future, Shapermint is open to selling its products through physical retailers and through Shapermint-branded pop-up stores.

“Almost half of our customers from the shapewear category have never tried shapewear before, so that means that we’re generating demand within the shape category,” said Tirocchi. “We want to [sell through] middle-size retailers initially, to start building our understanding about consumer behavior there. And then, we want to move into larger [retailers], and we also want to open our own Shapermint stores.”