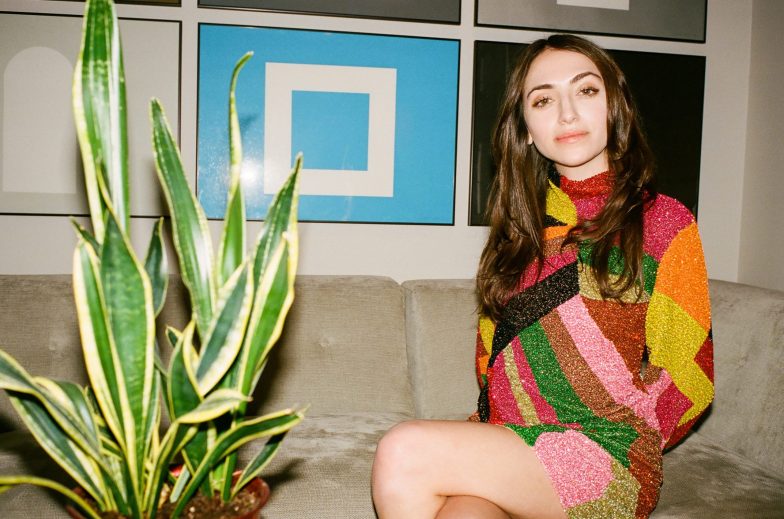 Parade, the underwear brand from Columbia University dropout Cami Téllez, has shown the apparel industry that it’s possible to put people, the planet and inclusivity at the forefront of a successful business.

“We’ve been committed to thinking about sustainability, from the materials and processes [we use] to the entire lifecycle of a garment,” Téllez told Glossy. In late September 2021, the brand revealed that it had raised a $20 million Series B round of funding led by growth-equity firm Stripes, bringing its overall valuation to $140 million. Parade grew three times over from 2020 to 2021 and has sold over 3.5 million units. It opened its first retail store in NYC’s SoHo neighborhood in December. With a goal of serving 1 million customers, the brand, created months before the pandemic hit, has accelerated its business over the last two years.

Underwear makes up 4% of all womenswear products currently selling online across the U.S. and the U.K. According to retail intelligence platform Edited, the global lingerie market is expected to grow to $79 billion by 2027. Last week, in time with Earth Day, the label announced science-based sustainability targets under its Science Based Targets Initiative: It aims to reduce its scope 1 and 2 greenhouse gas emissions by 42% by 2030, compared to 2020, which is in line with the 1.5-degrees Celsius scenario defined by the Paris Agreement.

Earlier this year, Parade also launched the Second Life program, which is the first national underwear recycling program created in partnership with recycling company Terracycle. Through the partnership, the brand takes back used underwear and repurposes it as insulation. “It was really important for us to answer the question the customer always had, which was, ‘What do I do with my underwear when I’m done?’ It was critical to address the full lifecycle, especially as we’re making a product that the customer is wearing every single day,” said Téllez. So far, the brand has recycled 30,000 pairs of underwear.

Parade is also one of a handful of brands to work with a strategic sustainability partner to create its own information labels relaying a product’s environmental impact — others include footwear brand Nisolo. Working with Eco Age, the brand developed its own methodology, pulling in industry best practices and Circulytics data from the Ellen MacArthur Foundation around three areas: climate impact, social impact and circularity. “We’re in the business of creating consumer transparency, and our mission is to hand this category back to the customer,” said Téllez. “We think about [this label] as [providing] a sustainability grading scale that takes into account the holistic impact of this product on the business.” In addition, the company previously announced plans to invest in a proprietary supplier seal, communicating its standards for the suppliers it works with, by 2024.

Téllez said she entered the underwear category knowing that it’s a space in the broader apparel industry that has barely been touched by sustainability. “We needed to quickly learn how to be at the bleeding edge of sustainable innovation across our materials, across [products’] full lifecycle and across all of our practices as a brand,” because there was no brand to emulate, she said. She called herself a “learning CEO,” adding that all business leaders should consistently be learning what their businesses can do to best respond to the climate crisis.

Parade officially became carbon neutral this year and is tracking to be carbon positive by 2025. At this point, few other fashion brands have addressed carbon positivity. Parade’s roadmap for reaching the goal is focused on reducing its Scope 1, 2 and 3 emissions, and working with partners to offset impacts. At the same time, it’s keeping in mind energy usage in its corporate facilities and shipping processes, with the goal of converting to 100% clean or renewable energy by 2023. The brand has also said it will divert 100% of its corporate and factory waste from landfills by 2025. That’s something that less agile brands struggle with, as old stock and inefficient returns policies often result in their product landing in landfills.

The company focuses on people, both through its factories and in its ambassador program, Project Parade. The program gives prizes to the brand’s 25,000 ambassadors leading sustainability initiatives in their communities the opportunity. They receive $25,000, with $1,000 to donate to individuals and $5,000 to donate to organizations. The entries closed on April 15 and winners will be announced soon. Meanwhile, all of the brand’s factory partners are WRAP SA 8000 or Fair Trade Certified. They sign a supplier code of business integrity, requiring them to pay their workers in line with the global minimum wage standard.

“We’ve seen a categorical shift toward the customer thinking more critically about the underwear they’re wearing. Customers are also thinking more critically about the way they’re supporting companies.” The brand taps into younger consumer groups by linking with celebrities for its launches. “Euphoria” star Chloe Cherry starred in Parade’s new campaign for its New: Cotton collection, which launched yesterday. It’s a line of sustainable basics made from Refibra x Tencel Lyocell, upcycled cotton and sustainably-sourced trees.

Going forward, Parade will focus on global expansion beyond its current markets of the U.S., Canada and the U.K. Parade will also be expanding into other channels with partners that it believes share its values and stand for the better future of the underwear category. Over the next 12 months, the brand will be launching collaborations with brands across various categories and will continue to position itself as a lifestyle brand and the only pop-culture brand within the underwear space. Téllez also mentioned that Parade will be expanding to many new and unexpected categories over the next year.