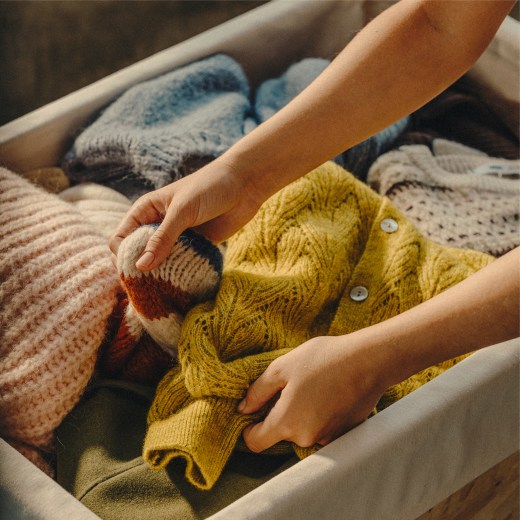 How new legislation will affect fashion brands in 2023

Legislation is coming for fashion this year, ending a long history of self-reporting and -regulation for the industry, particularly around its climate impact. Some of the legislation is set to impact brands in as early as the spring, and brands in different regions will be affected differently. In short, brands are set to increase their focus on emission reduction, garment worker rights, supply chain responsibility and product circularity.

Among the most buzzy of the legislative pieces has been the Fashion Sustainability and Social Accountability Act, or Fashion Act. The state bill would make New York the first state in the country to hold fashion brands accountable for their environmental and social impacts. The bill would affect fashion companies with operations in the state generating more than $100 million in annual revenue. That would include brands from Shein and Mango to LVMH.

First introduced in January 2022, the bill was amended in November to include strengthened language. It’s set to be ready for the opening of the January 2023 New York State legislative session. The bill would force brands to disclose various information on their supply chains, from the carbon emissions produced to labor standards. They’ll be required to reduce their impact and amend poor practices, according to legislator standards.

“The introduction of the Fashion Act has already had an important impact in shaping conversation and vocabulary in fashion, media and the consumer landscape. Given its significance, and recognizing that this is a new space for policy, we’re grateful that the sponsoring legislators took the time to hear feedback on the bill from all stakeholders interested in providing input,” said Maxine Bedat, director of non-profit New Standard Institute, which has helped push the bill forward. “It’s critical that all stakeholders have a say, and it’s a stronger piece of legislation as a result of this process.” Stakeholders included brands like Reformation and Mara Hoffman, as well as union organizers, which worked to optimize the bill for workers.

For its part, mass consumer brand Mango has been working to reorganize its supply chain, as a result. “In the U.S., the Fashion Act will become the most complete [fashion industry] law in the country, since it covers both social and environmental impacts,” said Andres Fernandez, global sustainability and sourcing director at Mango. “The latest updates of the bill include stronger requirements for chemical use and climate targets, more specific due diligence criteria, and expanded enforcement provisions.” Accordingly, Mango is making changes to reduce its use of water, plastic and carbon, with related targets set for 2030.

For the U.S., upcoming legislation could also include the Fabric Act, which would be the first federal bill affecting the fashion industry. While the bill has not yet been assigned to a House committee to study, brands and retailers producing goods in the U.S. are preparing to see its impact. It will also affect manufacturers and suppliers. The aim is to establish a robust American apparel industry, now that more local brands are nearshoring. In the future, the Fabric Act is expected to bring in more production, thanks to the 30% tax credit initiative it provides brand manufacturers.

The bill focuses on five processes for improving the working conditions of garment workers. These include setting an hourly pay rate, establishing penalties for labor violations and  establishing a nationwide garment industry registry. Worker laws and regulations have been gaining momentum across the country. In California, the Garment Worker Protection Act was signed into law by Governor Gavin Newsom in October 2022.

The E.U. and the U.K. are also amping up their legislation as a solve for the fashion industry’s notorious environmental impact. The main focus is enforcing brands to clean up wasteful supply chains. The E.U. Green Deal was approved in 2020 as a set of proposals to improve policies in line with greenhouse gas emission targets. One of these is the Sustainable Products Initiative, a new regulation to improve E.U. products’ circularity, energy performance and other environmental sustainability aspects that was published in March 2022. The SPI was set to have a public consultation on priority product categories in 2022, but this has been delayed. Ultimately, the SPI is set to affect brands starting 2024, however brands will need to take action in 2023 to avoid penalties.

Global companies like Mango, which has a presence in over 115 markets, are at risk of being regulated by multiple international, national and local regulations. “In Europe, for example, where Mango is most present, the E.U. is preparing a new regulatory framework [including the Green Deal and SPI] to achieve sustainable and circular textiles by 2030, promote extended producer responsibility (EPR), reduce hazardous chemicals and promote circularity through digital product passports, among other [goals],” said Fernandez.

The Government of France’s Ministry of Ecological Transition announced it will require every garment sold within France’s borders to have a label detailing its precise climate impact by the end of 2023 under the Decree (n° 2022-748) and the anti-waste law of 2017. Similar rules for the rest of Europe will be in place by 2026, under the E.U. Green Deal. The French Agency for Ecological Transition is currently testing 11 proposals for how to collect and compare impact data and what the resulting label may look like.

“Brands need to be prepared to be 100% transparent and willing to change,” said Samata Pattinson, CEO of RCGD, a global sustainable advocacy agency that works with fashion brands to promote sustainability. “They’ll see that it’s better to apply small changes but do so thoroughly, with the truth upfront, rather than aim for big goals without a true compromise.”

Pattinson said she believes fashion brands will be focused on data in 2023, as most of the pending policies will require brands to collect and offer data transparently, in order to make improvements. “Using blockchain technology to track every item from its raw materials to its packaging will be key to complying with the law,” she said.