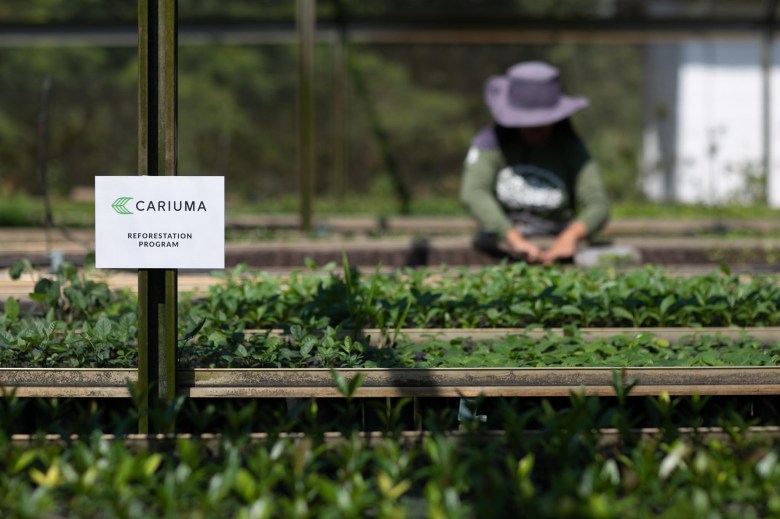 How fashion brands are getting reforestation projects right

With the growing number of wildfires, droughts and failed reforestation efforts around the world, fashion brands are paying closer attention to their own involvement in reforestation projects. Fashion brands Cariuma and Tentree are partnering with local communities to help mitigate and plan for related risks.

Reforestation and tree planting projects are numerous in the fashion industry as a way for brands to engage in offsetting their carbon footprint, with mixed results. As much of the carbon cannot be absorbed until a tree is fully grown, the resulting “we planted a tree” communication can be misleading to consumers, as the effect may not be tangible for 20 years. However, engagement in projects that focus on biodiversity improvement in areas affected by deforestation and wildfires, in collaboration with their local communities, can be beneficial.

Four-year-old Cariuma, for its part, plants two trees for every pair of shoes it sells, while 10-year-old outerwear brand Tentree, as the same suggests, plants ten trees for every product sold. Tentree was one of the first brands to introduce reforestation efforts and has now planted 80 million trees, while Cariuma has planted 1.1 million. Fashion brands like Pangaia and Ganni also contribute to reforestation programs.

Cariuma has been running its Brazilian reforestation project since 2020 with local teams, in coordination with CEPAN, a Brazilian NGO that specializes in ecological restoration. The company plants its trees in the Brazilian rainforest, home to over 60% of Brazil’s endangered species. The area has lost over 87% of its forest canopy to deforestation.

David Python, co-founder and CEO of Cariuma, made sure that the company first took the time to listen and work with local indigenous communities to understand what was needed to maximize its efforts. “We are not only growing the number of trees that could have an impact, but also our relationship with the local community,” said Python. “Our mantra is, ‘Do first, tell later.’ We have taken almost a year from the moment we started before we went out and told the story.”

Meanwhile, Tentree partners with NGOs like Eden Reforestation, Plant with Purpose and Trees for the Future to plant trees in over 14 countries across the world. The company is focused on two types of tree planting: agroforestry, where farmers in countries like Senegal and Malawi are encouraged to plant forest gardens on their land, and reforestation in the U.S. and Madagascar.

In October 2020, Tentree came out with a tree tracker app called Impact Wallet, allowing consumers to see a virtual island with their planted trees — depending on the clothing collection, the tree variety differs. And in April of this year, Tentree introduced a blockchain-based B2B solution for tree planting and tracking called Veritree.

“​​There are a lot of people that have stepped into [reforestation] because there’s an interesting marketing component to this and there’s a compelling story to tell consumers,” said Derrick Emsley, co-founder and CEO of Tentree. “They’re not wrong, Tree planting is one of the most tangible, impactful solutions we have for climate change. It’s not a silver bullet, but it’s an important tool in our toolkit. But the only way [it’s impactful] is if it’s done right, in a way that ensures there’s transparency, permanence, real community-driven impact and the right buildup of incentive structures.”

Elise van Middelem, founder of tree-planting app SUGi, said engaging in biodiversity and creating self-sustaining forests should be a priority for brands planting trees. “Monoculture tree planting can do more harm than good to a local ecosystem. Just planting a tree — if you can’t track it and don’t undertake soil assessments and proper species selection — is not the solution to building biodiversity and restoring the web of life.” SUGi uses the Miyawaki method that incorporates soil preparation and dense planting in a small area to mimic how a forest would grow without human intervention. “We use only native species that would occur naturally in a particular area and we ensure that the sites for our pocket forests are established properly to become self-sustaining in 2-3 years.”

Python said brands should focus on projects that allow for specific plant timing, seed collection and community engagement. Cariuma’s reforestation efforts use the direct sowing method, which can be a time-consuming process that involves mixing over 30 species of seeds in specific soil to maximise the chances of tree survival.

“The future of business isn’t sustainable. If restorative sustainability is just doing less bad, the future business needs to be about doing more good,” said Emsley.