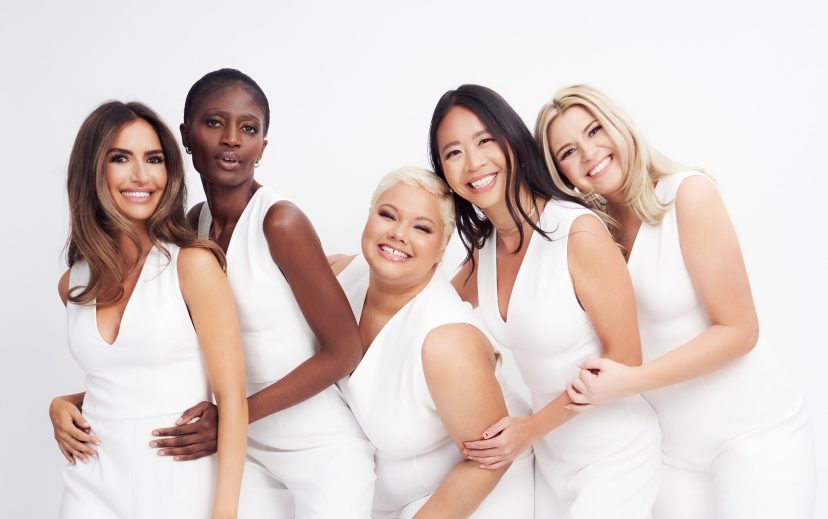 How fashion brands are building technology into their DNA

Fashion tech has evolved to include 3D weaving and million-data-point body-scan technology that ensure perfect sizes, and made-to-order items that reduce waste.

On the “McKinsey for Start-ups” podcast, Anita Balchandani, partner at McKinsey, said the role of technology in fashion is set to include “predictive demand forecasting, to enable the flow of product and the role that technology can play in on-demand production.” She also said technology will increasingly come into play in design, to eliminate production waste and the long lead times related to the physical production of samples.

Unspun is a digital apparel and robotics denim brand that’s invested time and resources into perfecting its fit technology to create custom jeans. Unspun’s ambitious mission is to reduce the global human carbon footprint to 1% by minimizing waste at the production stage. For its part, it’s using a made-to-order model that minimizes waste and leaves no leftover stock in the early creation stages.

Unspun creates accurate 3D models of its customers through a scan that can be done on an iPhone. Talking about the technology, Annika Visser, brand lead at Unspun, said that the denim category was the best starting point for the brand, due to its cultural significance and carbon impact. “Denim is such an iconic wardrobe staple for everyone, and it’s also one of the hardest garments to fit,” said Visser. “We exist to be more inclusive because we can make any size and are inclusive of all genders, all sizes, all shapes.” According to an internal life cycle analysis of Unspun jeans conducted this year, the brand is already saving 42% of the carbon emissions of a typical company making off-the-rack jeans.

Although the company is making jeans through denim cutting at the moment, the goal is to create clothes that will be made with a 3D machine and woven yarn. It introduced the technology to do so in November 2021. It also allows Unspun to create an end-to-end product with no waste that takes minutes to produce. “This is a first-of-its-kind technology,” said Visser. “We can now take customization to the next level and actually do an automated, localized, zero-waste production.”

The circular economy, or the focus on a zero-waste model, is set to catch on, as material production will be stretched to a breaking point over the next 20 years. The number of consumers is expected to double, and there will be an 84% hike in demand for textile fibers over the period, according to a report by data research company Just Style. Unspun is actively working with brand partners, from Pangaia to LVMH, to integrate its technology into the brands’ offerings.“The only way we can eventually drive real impact at scale is to collaborate and plug into big conglomerates, such as Kering and LVMH, because they are producing the majority of the world’s garments,” said Visser.

Meanwhile, AI fit tech brand Laws of Motion is also focused on using data from technology to inform its production processes and made-to-measure model. Laws of Motion launched the proprietary vertical sizing technology used for its jumpsuits this month. Unlike traditional brands, which use the measurements of one fit model to generate a linear size range, Laws of Motion uses a combination of statistical models and extensive data sets to create its sizing models. This was achieved after the company developed a series of fit and body shape sizing innovations for its other made-to-measure products —  its sheath dress first incorporated the technology. “While macro consumer trends are driving personalization, inclusivity and sustainability in industries like healthcare and beauty, the apparel industry lags in its use of precision data, supply chain innovation and sustainable practices,” said Carly Bigi, founder of Laws of Motion.

Laws of Motion’s new vertical sizing innovation is powered by over a billion data points collected through customer questionnaires, allowing it to expand its current 180-size offering into 1,260 sizes that account for different body shapes, not just different sizes. Laws of Motion uses a combination of statistical models and extensive data sets to engineer sizing in a non-linear way, offering up to 14 shapes per traditional clothing size.

Laws of Motion’s shape-inclusive sizes fit 99% of customers on its site, which means fewer overall returns. It currently has a 1% return rate, while the industry average is 17%. Its goal is to provide 100% fit accuracy. Laws of Motion collected over one billion data points from their customers and events strategically designed for data collection and fit feedback. They also use synthetic data that is algorithmically generated from these data sets to help train their AI models.

Laws of Motion scaled its revenue 40-times in its first two years, reportedly achieving profitability while producing over 5 million pieces of clothing globally. It plans to release an image-based AI size offering with more information coming later this year.