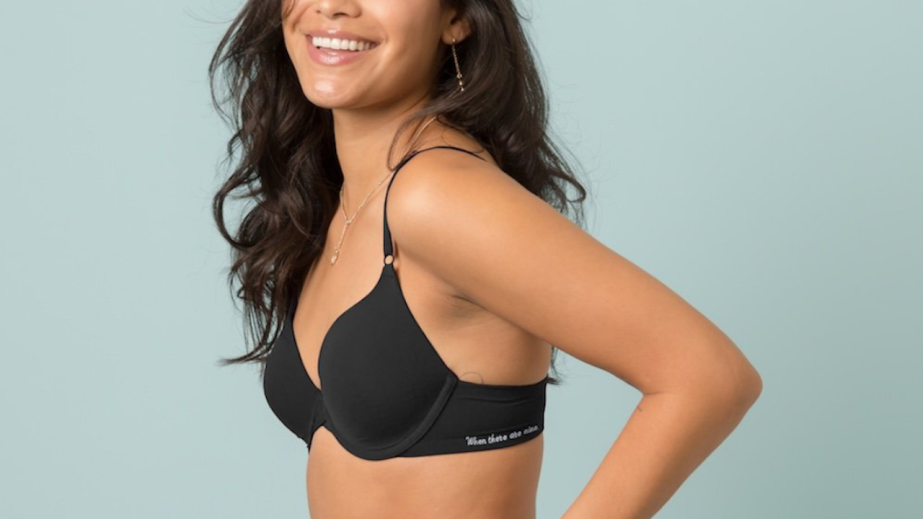 How fashion brand For Days is scaling its circular business model

For Days, the circular membership T-shirt brand launched in September of 2018, gives its customers an unlimited rotation of shirts: They’re sent back to the company, recycled and replenished. Now, the company is licensing its circular business model to other fashion brands.

This week, For Days, which raised nearly $3 million in funding at the end of 2018 from Allbirds investor Rosecliff Ventures, began working with 2-year-old DTC bra brand Harper Wilde to implement a circular model for the brand’s bras. Since Jan. 17, Harper Wilde customers have been able to pack up old bras and send them to the brand to be recycled, rather than toss them in the garbage to languish for years.

Unlike For Days, this is not a recurring membership service. Instead, every Harper Wilde purchase comes with a box and shipping label for sending old bras, not just ones bought from Harper Wilde, back to the brand. The bras are recycled into new material, which is used to create new bras. The initiative has seen most of its advertising through Harper Wilde’s Instagram, which highlights For Days’ role in the recycling process.

“We view For Days as a platform for a closed-loop lifestyle, and our aim is to shift how people think about their clothes with a focus on sustainability,” said Kristy Caylor, co-founder and CEO of For Days. “As a brand, we are planning for expansion into a broader range of basics this spring, and we will continue to expand as far as we can innovate on materials, manufacturing and up-cycling.”

Harper Wilde worked with For Days to bring this style of circular fashion to its customers, citing the need to avoid placing old bras and underwear in landfills where they can take up to 200 years to break down naturally. The desire to curb the excess material produced and get the most use out of products that already exist is one conscious brands have been capitalizing on for some time now, to the point where some brands have begun making recycling a part of the design process from the beginning.

For example, J. Crew expanded its denim buyback and recycling program in mid-January, and ThredUp debuted a new collection last October that was made to be recycled, resold and re-worn multiple times.

“The key is to design clothes from the offset that can be recycled and to slow down the fashion cycles,” said Diana Verde Nieto, co-founder and CEO of Positive Luxury, an organization promoting sustainability within luxury fashion. “Do we really need eight collections a year? The circular economy is [now] a reality. More companies should really understand the adoptions of these principles when designing and manufacturing collections.”

The circular approach to commerce, where customers can buy or rent things and return them to be recycled or reused by other customers has become a major focus in fashion. Some have argued that a shift in consumer sentiment toward sustainability, particularly among Gen Z, is part of the reason that streetwear has become so popular: Resale and limited-quantity drops can be more sustainable since they give clothes a longer shelf life and prevent overproduction. Despite this, streetwear brands seem to be the least inclined to make any sort of public efforts toward making their business more sustainable.

For Days has made its reputation on its selling its own clothes, and Caylor said that will remain a priority for the future. The partnership with Harper Wilde is a new direction for the company that opens possibilities; For Days is now helping other brands tap into For Days’ circular business model.

“Harper Wilde is the first brand we’ve partnered with, and it came about very organically,” Caylor said. “It was pretty simple. They wanted to divert bras from landfills, and we stepped in to help make that happen.”

Caylor would not go into details about how the actual recycling process works, citing legal issues, and she declined to share any potential future partnerships. She did say that the partnership with Harper Wilde is the first step in a larger strategy of working with other brands to create an in-house circulation and recycling infrastructure.

“Collaboration across the industry is necessary, and partnerships are something we will continue to explore as we grow,” Caylor said.