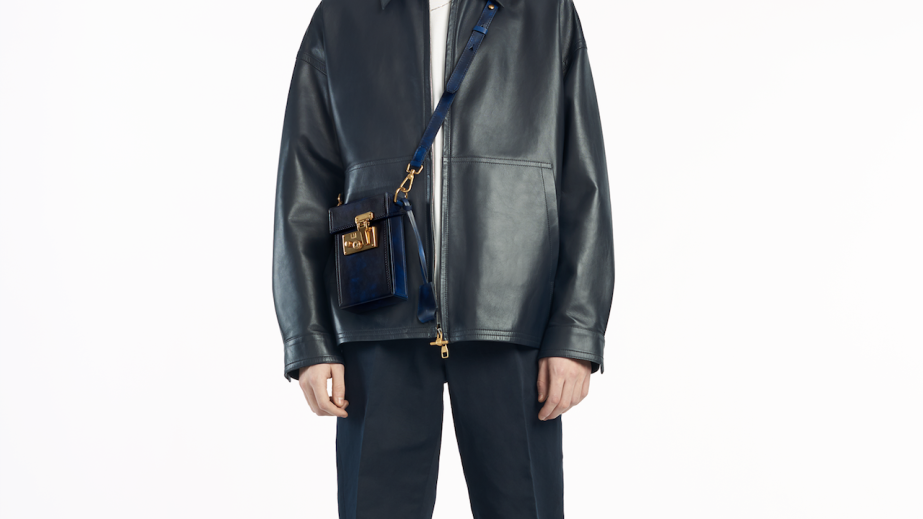 In China’s marketing calendar, the white-hot Valentine’s Days (in addition to Feb.14, there’s also the two local ones of Qixi is the seventh day of the seventh month on the lunar calendar — August 14 this year — and 520 on May 20) remain a battlefield for luxury brands. So some have concentrated their efforts on the rather overlooked White Day, which takes place on Mar. 14. Originated in Japan in the 1980s, it’s a day for people — usually women — to reciprocate the gifts they receive a month earlier.

For this year’s White Day, British luxury menswear brand Dunhill worked with Chinese top influencer Mr. Bags on a special edition of its Lock bag that debuted during its fall 2020 runway show, in a gradient blue ink colorway. “The lock and key indicates the meaning ‘lock love, open heart,” stated Tao Liang, aka Mr. Bags, in his WeChat post on Feb. 26. “If a girl decides to give this bag to a guy, it will help step up his fashion sense; but of course you can also buy it for yourself!”

For Mr. Bags’ 9.5 million followers across social channels including WeChat and Weibo, it was unique content, as Liang predominantly produces content about female handbags and accessories.

Liang’s social announcement also detailed the history of the bag (it took inspiration from Dunhill’s archival attaché case), the fact that he co-created the style with the brand’s team and the ways his followers could style it, using images of both male and female celebrities. At the end of the post, Liang noted that 100 limited-edition Lock bags would drop on Mar. 5 via Mr. Bags’ e-commerce store on WeChat.

This is the second time Dunhill chose to work with Mr. Bags on a White Day promotion — the last time was in 2019. Over the last few years, the KOL has launched limited-edition handbags with brands including Burberry, Givenchy and Tod’s. In addition, in January, he had a jewelry collaboration with Kering-owned Qeelin, which sold out in one second. Dunhill did not disclose sales statistics on the 100 Lock bags.

Dunhill’s strategy taps into the local trends of product collaborations and influencer marketing, both of which carry a lot of advantages. “Brand collaborations offer international brands a way to create something local in China, be it a color, a pattern or a new design,” said Yishu Wang, a director at China-focused marketing consultancy Half A World, which is based in the U.K. “Working with local talent like Mr. Bags allows brands to get first-hand and up-to-date insights of Chinese consumers,” she added.

Considering the sea of influencers across different levels and platforms in China, brands need to think through at least four factors before dipping their feet, according to Charmaine Lin, gm of client services at Chinese creative agency Gusto Luxe. “Collaborations should ideally not only resonate with brands’ current customers, but also extend the brand influence to a wider audience,” she said. In addition, she said brands should see whether the KOL has a unique style and whether they have collaborated with competitors on similar products, which is a deal breaker. They should also check the legitimacy of the apparent engagement from the KOL’s followers.

While Dunhill successfully tapped into the niche concept of reciprocal gifting, both Lin and Wang said it could do more in terms of boosting its digital and social reach. “Currently, unisex clothing and accessories are trending. To increase exposure to a younger female audience, Dunhill could consider collaborating with female fashion bloggers to try on the ‘menswear,’” said Lin.

For her part, Wang said the brand could have worked with Mr. Bags on a livestreaming segment through one of his own social accounts, as it would have “provided a platform for Dunhill to tell more stories about the collaboration and the brand.”

Like many of its peers, Dunhill has noticeably been focusing its efforts on the Chinese market since Covid-19 pulled down luxury sales elsewhere. In addition to launching a digital flagship store on e-commerce site Tmall last October, it announced Chinese actor Yang Yang as its global ambassador in December. In addition, it’s dressed a slew of top celebrities, including Chris Lee (Gucci’s global ambassador) and Ouyang Nana for the covers of L’Officiel China and Dazed China, respectively.