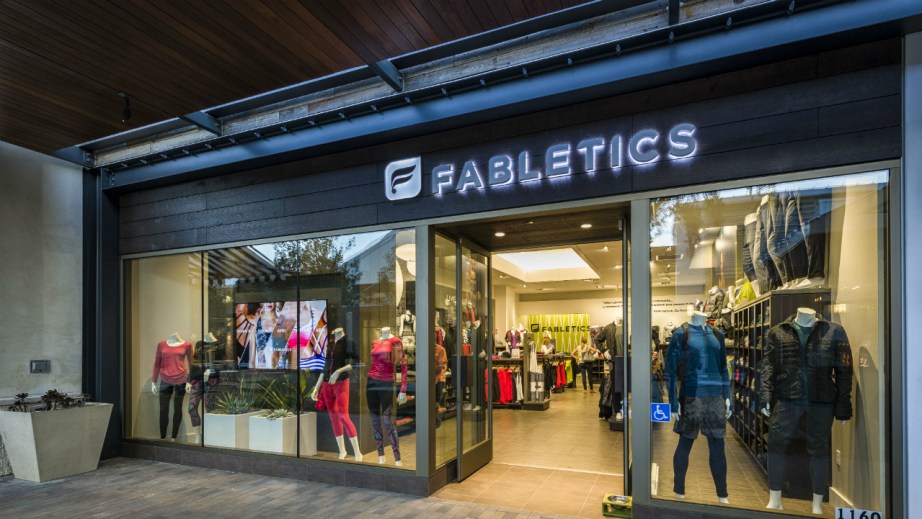 Fashion is becoming a game of data science — the brands that can connect the data points best, win.

Earlier this month, Stitch Fix, which employs a team of astrophysicists, reported in its 2019 fourth-quarter earnings a 9% year-over-year increase in net revenue per active client, marking its fifth consecutive quarter of growth for the metric. It owed the growth to its personalization capabilities, facilitated by its sophisticated use of data. Likewise TechStyle’s booming Fabletics brand is leaning on a data science team to serve up styles customers want.

According to TechStyle co-founder and co-CEO Adam Goldenberg, Fabletics now does more than $400 million in annual sales, up from $300 million in August of last year. It’s targeting $1 billion in annual sales within the next three years. Eight-five percent of sales are made in the U.S., with the remaining 15% in Western Europe. France is one of its fastest-growing markets. In the second quarter of 2019, same-store comparable sales were up 32%, and, driven by new stores, total retail sales were up 47%.

Fabletics is accelerating store openings, with at least 13 opening this year and 26 planned for 2020. It’s also set to roll out a new category before the year’s end, said Goldenberg.

TechStyle does not break out sales by brand, but in February, it announced it had surpassed $750 million in annual revenue across its five brands, which also include JustFab, Shoedazzle and FabKids. It launched the buzzy Savage X Fenty lingerie brand through a joint venture with Rihanna in May 2018.

Goldenberg owed Fabletics’ success this year to a number of factors. For one, its in-house data scientists recently refined the predictive analytics used to understand how well products will sell, per store, six to eight weeks before putting them on sale.

What’s more, the company has recently shifted its media spend, based on breakthroughs in data. It’s somewhat solved attribution — one of the company’s “bigger challenges,” according to Goldenberg — which has guided the company’s ad spend shift and fueled its acceleration. After looking into the external attribution softwares and technologies available, the company’s in-house data science and data engineering teams decided to develop an attribution model in-house, resulting in a “pretty accurate” multi-touch attribution system, said Goldenberg. It’s showed the company the effectiveness of YouTube ads supplemented by ads on other channels, and has opened its eyes to spending on Pinterest, which is not often a direct, click-to-buy channel.

Three to four years ago, 30-35% of Fabletics’ ad budget was going to TV commercials; now, TV is less than 5%. In its place, the brand is spending more on OTT via platforms like Hulu, as well as on YouTube, influencers, and the gamut of social media channels, from Facebook to Snapchat.

Fabletics designs more than 30,000 ads per year, said Goldenberg, and the same is true of brands across TechStyle’s portfolio. The company is constantly testing and iterating ads based on the channel and what’s driving traffic and sales. It’s rare that one ad performs well on multiple channels.

“Fashion changes almost every day, so we’ll determine when we launch a collection what the best-selling product, or hero item, will be, and within 24 hours, we’ll have ads featuring that item,” said Goldenberg. “It’s fast. That’s the benefit of having your media buying team and creative agency in-house and working together.”

TechStyle believes in vertical integration versus outsourcing, across the board, and is now investing more than $40 million per year into technology. Rather than by brand, the company is split based on two products: merchandise and technology. “Our engineers and UI/UX designers think as much about our technology platform and the shopping experience as our designers are thinking about the physical product,” he said.

“Even within some of these [groups], brands are siloing their data,” said John Nash, CMO at marketing software company RedPoint Global. “But when each brand has a good grasp on their customer — from what they transact on to their preferences to their attitudes to their behavior — and that data is shared across brands, that’s nirvana for a company. Every brand wants to know what’s working for other brands, so they can repeat it.”

TechStyle currently has 2,000 employees globally and 600 at its L.A. headquarters, which, Goldenberg said, is on the cusp of a big expansion.

Voluntary data is also coming into play for Fabletics, with the company seeing customer feedback as crucial to getting fit consistency right. If a product does not have at least a 90% recommendation rate, or if less than 80% of customers do not state that the product is true to size, Fabletics will tweak the product to get it right or stop selling it altogether. The reason: Online returns are inconvenient, plus they’re high cost for the company, said Goldenberg. TechStyle’s footwear companies now have a return and exchange rate of 7.5%, down from 25% in early days. User reviews and user generated content are featured on product pages, as are images of models of various sizes wearing the product.

At the same time, Fabletics has been focused on providing value, particularly compared to players in the increasingly crowded luxury activewear space, said Goldenberg. He noted that the price transparency offered by the internet offers has worked wonders for the business. Based on feedback collected from customers in stores, one-third of Fabletics shoppers have “traded up” from Target, Kohl’s and Old Navy. A third have “traded down” from brands like Athleta and Lululemon, which sell like products for double the price.

Unlike digitally native companies opening stores to introduce shoppers to the brand, Fabletics is opening stores in areas with a high density of customers, in “Tier A” malls. The company has found that members living within 15 minutes of a Fabletics store become omnichannel shoppers 50% of the time, quickly, plus they spend twice as much in a year and have a longer lifetime with the brand. Each store hosts workout classes and monthly collection preview events for subscribers, which help it build its own community.

Subscription fatigue hasn’t affected the business, as its program is flexible, said Goldenberg. Members can buy once a month or once a year. What’s more, the member gets to choose the styles being sent to them. Fabletics has 1.5 million active members, up slightly from 1.4 million last year. It has no plans to update the program.

“I’ve met with hundreds and hundreds of customers, and I’ve never had one say, ‘We want a retail store where we can see it, touch it and try it on, but not walk out with the product,’” he said. “We’ve found just the opposite: The more you have the right product on the floor in the size they want, the better the stores do.”