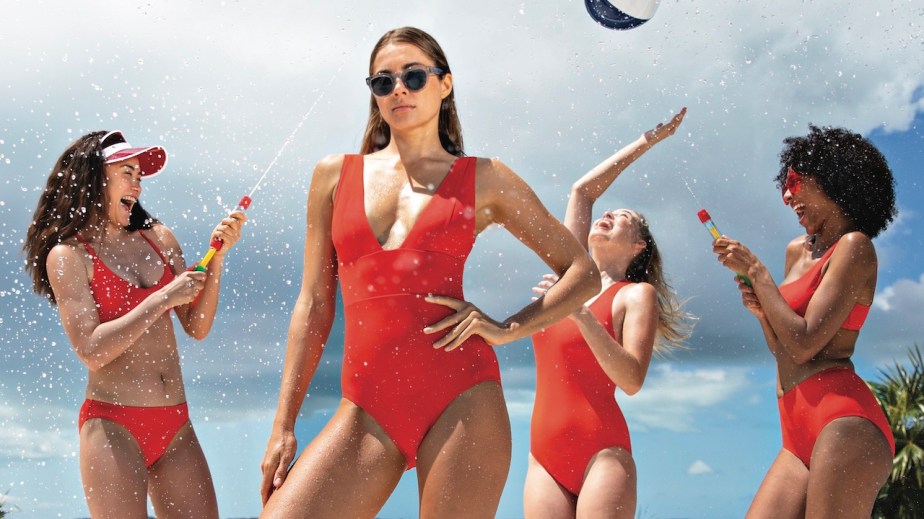 In June, direct-to-consumer swimwear brand Andie Swim launched its first major advertising campaign, just over two years after its launch. Ahead of rolling out the campaign, which spans outdoor mediums from subway ads to billboards, the brand spent a year testing and learning through social media ads what resonates with customers.

“When you have limited capital, you want to invest it in channels where you are seeing an immediate return. Pinterest, Facebook, Instagram, Snapchat — those are all channels where, for every dollar [you put] in, you should be getting over and more back out. They’re good channels to test messaging,” said Melanie Travis, founder and CEO of Andie Swim.

In the brand’s first year in business, it didn’t do much digital marketing. Instead, it was focused on getting the quality and fit of its swimsuits right, said Travis. Over time though, Andie turned where many early-stage DTC brands turn to spread the word about their companies: digital channels like Facebook and Instagram. On Facebook and Pinterest, the brand also developed a “robust targeting strategy” to get its product in front of the right customer, targeting customers who clicked on an ad or browsed for products on the website, Travis said.

“People say that customers need to see something seven times before they convert on it, with these digital channels, but we actually saw — in general, across the board — our retargeting costs go way down after launching the new strategy,” Travis said. That signaled to her that once people saw the product online they were very quickly making up their mind to convert.

Outside of digital marketing, influencers and PR have also played a role in the brand’s growth in the last year. In the last few weeks, Andie also rolled out a podcast where Travis interviews other DTC female founders.

“Having a multifaceted marketing campaign amplifies a brand’s message and makes digital work perform better,” said Scott Harkey, co-founder and managing partner at marketing agency OH Partners. “If brands can also weave in credibility, conversion raises exponentially. An overlooked avenue is billboards. They are some of the only true remaining forms of mass media. They can be really impactful, especially in commuter cities like Dallas and LA.”

Last year, Andie did a lot of testing on social media to learn what types of messaging customers would respond to, Travis said. From testing different formats, like GIFs and videos, to understanding what color swimsuits drive the most clicks, the brand steadily developed a strong understanding of what kinds of marketing and messaging resonates with customers. Mainly, the brand learned that selling swimwear didn’t need to focus on over-sexualizing women, in the style of Victoria’s Secret, Travis said.

From there came the next big push into outdoor advertising, focused in New York and Chicago. The ads span billboards, subways and bus stops across those cities.

“Outdoor is helping DTC brands like Andie connect in the ‘real world,’” said Sruti Dhulipala, senior strategist at global creative studio Stink Studios. “This combination of scale and trustworthiness, especially at a time when digital channels are under increasing scrutiny for their lack of transparency and data misuse, makes OOH a hugely powerful tool. Using mobile in conjunction to OOH is gold.”

“There are brands that, depending on how much money they raise, just spray and pray. They throw out a bunch of out-of-home marketing, but if you haven’t done a good job with your direct-response marketing, you don’t really know what works and what doesn’t,” Travis said. The brand has offered shoppers $25 off when they refer family or friends to the brand, giving $25 to the referred shopper, as well. “We were able to approach out-of-home with a backdrop of something we were confident would work.”

To date, the company has sold out of its inventory 10 times and amassed waitlists of more than 10,000 shoppers for some of its styles. Andie has raised over $5 million in funding and saw conversion jump 90% in the first half of 2019, versus the same time last year. The brand declined to share specifics around sales and revenue, but noted that the recent outdoor campaign has boosted awareness for the brand and driven sales.