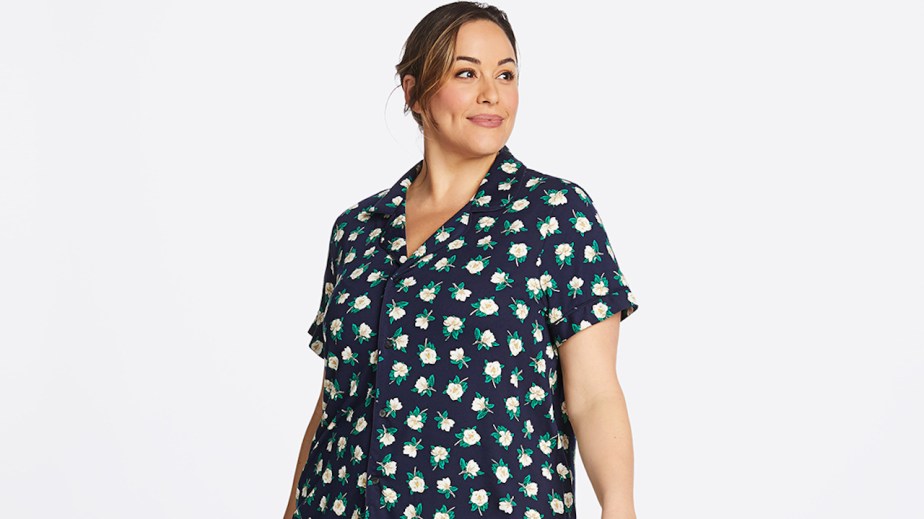 How Draper James pivoted its drop strategy and capitalized on loungewear

Draper James is the latest brand to lean on loungewear.

Fashion brands are finding that, especially during thee difficult times, it’s important to be creative and nimble. For Draper James, a clothing brand launched by Reese Witherspoon in 2015, that meant rethinking how often it drops products and moving up collection launches to fit the new work-from-home culture. It played into the rising trend of brands shifting production strategies to focus on loungewear and other comfortable apparel.

While Drape James had dabbled in pajamas and T-shirts in the past, CEO Taylor Rettig said its latest launch on March 18 was the company’s biggest foray into the loungewear category.

Draper James launched the collection of PJs, robes and loungewear three weeks before it was scheduled to drop and simultaneously moved back several dress launches to later in the season. Dresses are what the company is most known for, and they’re set to remain a big part of future collections. But during the work-from-home movement, the company deemed loungewear the ideal product drop for mid-March.

“Loungewear was appropriate for the circumstances. We weren’t trying to profit from the situation, but instead provide people things that were relevant and unique to what’s going on in the world,” said Rettig.

Rettig said making it clear that the company wasn’t capitalizing on a global pandemic was one of the biggest challenges in bumping up the launch. That involved avoiding too much marketing on social media, turning off paid ads and reducing customer acquisition costs across social media. In turn, the company upped organic posts on Instagram. While just five posts in the last two weeks have focused on the lounge line, the brand has transitioned from one to two Instagram posts a day to at least three.

In the first 10 days of the collection being live, Rettig said the company saw a 1,200% increase in lounge unit sales. Draper James has sold pajamas since its early days.

“On e-commerce, despite the uncertainty and doom and gloom, people are excited about newness. We are trying to give more of a drip feed of newness, as opposed to how we typically launch, with monthly drops [of our usual merchandise range],” said Rettig. Over the last month, the brand has slowly released new products each week, from the lounge collection and a swim collaboration with Land’s End. Swim is another category the brand has tested before.

According to data from fashion search platform Lyst, during the week of March 23, U.S. shoppers were primarily searching for “comfy sports clothes” and other loungewear pieces.

“There are three schools of stay-at-home shoppers emerging: sporty, slouchy and sexy. Last week, shoppers were looking for activewear for their workouts from home and comfortable sweats,” said Katy Lubin, vp of communications at Lyst.

Rettig said another big challenge with moving up the launch was ensuring the brand had enough inventory to sell three weeks ahead of plan, considering that this was the brand’s first big push into loungewear.

“Hopefully the strong response lets us go deeper into the category and continue to innovate in the future. We don’t do everything all at once; we want to make sure it resonates the customer. But we will be developing more loungewear for the future,” said Rettig.