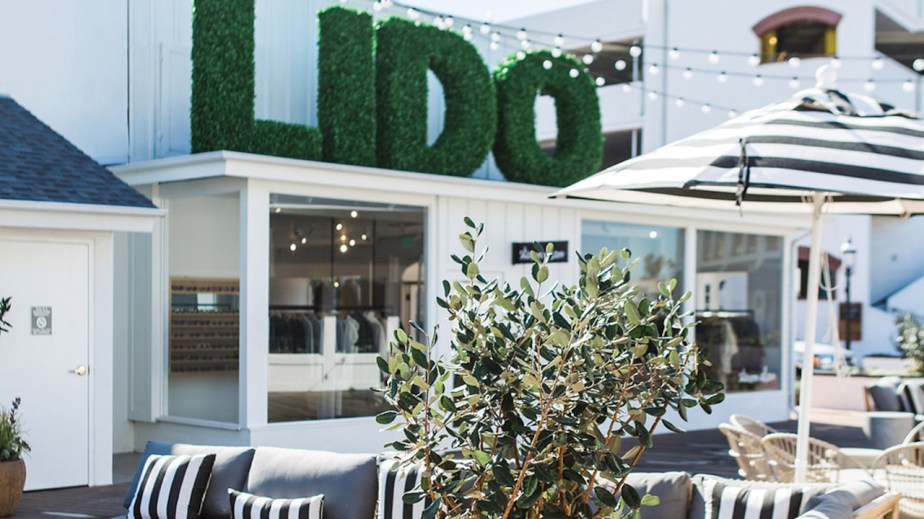 How digitally native brands are changing the American mall

As mall developers shift their aim to fewer, better stores, buzzy direct-to-consumer brands are increasingly popping up in shopping centers.

“Growing direct-to-consumer brands check every box for landlords,” said Stenn Parton, head of commercial retail developer DJM. “Everyone is after the Warby Parkers of the world; Allbirds is on everybody’s radar screen; everyone knows what Glossier, Reformation and Everlane are doing. All of these brands are blending transparent pricing, really high-quality product and oftentimes transparent manufacturing. Today’s customers are looking at these things.”

Parton said, in the past, he and his colleagues looked to brokers and the brokerage community to pinpoint the brands to go after, but now, they discover brands through Instagram and influencers. “Today’s apparel brands that work have a connection with their customer,” he said. “That’s what we pursue.”

In addition, he looks for direct-to-consumer brands that are finding value by growing into brick and mortar. To sell those brands on signing leases, he’s focused on creating interesting opportunities on site — Lido Marina Village hosted 1250 events, most brand-driven, in 2017 — and providing a desirable range of neighboring businesses.

For men’s direct-to-consumer custom suit brand Indochino, stores in the area by like-minded brands are key when considering a store location, as is foot traffic. The company will have a total of 37 stores, set up as showrooms, by the end of the year, with plans to open 20 more in 2019. Most are, or will be, based in malls.

CEO Drew Green said, compared to three years ago when the brand was kicking off physical retail, mall landlords are now much more eager to sign on the brand. “The difference is night and day,” he said, owing it to the fact that the brand offers personalized fitting appointments that deviate from the transactional in-and-out of traditional retailers. “We’re attracting a new generation of shoppers, which is very appealing to landlords,” he said.

Parton said the old way of thinking, 10 to 15 years ago, was to get people to the mall, get them to spend money and then get them out in as little time as possible. For that reason, chain stores, like The Limited, looked the same in every mall, and restaurants accounted for less than 5 percent of the interior, instead confined to pads in the parking lot. His goal, however, is to get people to stay longer, based on the theory they’ll spend more as a result. Of his properties, 30 percent of the space is usually dedicated to restaurants, 20 percent to fitness, 15 percent to services (hair salons, massage companies) and the remaining 35 to soft-goods retail.

This month, DJM signed an agreement with retail platform Free Market for Runway, its outdoor shopping mall in Playa Vista, California. Free Market will serve as an anchor store, in a space upward of 20,000 square feet that would typically house a traditional department store. Much like other emerging platforms labeling themselves “the Shopify of physical retail” — like Neighborhood Goods and Fourpost — Free Market provides digitally native brands turnkey access to a physical retail space with a short, one-year lease. The Playa Vista location, Free Market’s second, will be equipped with a community space where included brands can host speaker series and workshops. It’s set to open before summer of 2019.

“The biggest difference between this and a department store is that this is for brands with a story, a real connection with customers,” said Parton. “When brands sell through a department store, they put their story and their product in someone else’s hands to retell their story, and you can’t get the quality of guest experiences you get at Outdoor Voices or Warby or Everlane or Allbirds. This way, they can still sell direct.”

As a means of getting more direct-to-consumer brands under their roofs, mall developers are not only seeking out these platforms, but they’re also launching their own versions. Fourpost founder Mark Ghermezian’s father is co-owner of Triple Five Group, the conglomerate behind the malls housing his first stores. Last month, Macerich, the third-largest owner and operator of shopping centers in the United States, debuted BrandBox in Virginia’s Tysons Corner Center, with six more locations, located in malls from Santa Monica to Pennsylvania, to follow next year. Six tenants, including Naadam, Winky Lux and Nectar, occupy 500- to 3,000-square-foot spaces at BrandBox’s Tysons Corner Center location. Activations throughout the mall drove to the store at opening, as did Instagram posts by local influencers.

Kevin McKenzie, Macerich’s chief digital officer, said the company had experience working with digitally native brands, including Peloton, Warby Parker and Untuckit, prior to conceiving BrandBox. He decided to research what brands in the space had reached their growth capacity on Instagram, Google and Pinterest, and may be ready to launch physical retail, concentrating on those with sales in the double-digit millions and strong Instagram followings. He approached them and asked what they’d want from a store, which resulted in BrandBox’s sales pitch for brands: the opportunity to test retail or a local market in a prime location (annual sales of $1,000 per square foot, on average), without signing a long-term lease

“For us, this is also a big cultural shift; we’re learning we have to be a service provider if we’re going to attract these brands,” said McKenzie. “They’re what the consumer wants. You’ve got to give the consumer what they want and stop giving them things that aren’t relevant anymore.”

As for whether the DTC focus will prove the nail in the coffin for the Expresses and Abercrombie & Fitches of the world, Steve Berry, president and founder of SageBerry Consulting, said, “Additional competition certainly doesn’t help. But to the extent those brands fail, or continue to struggle, it’s mostly because they failed to become more relevant and remarkable.”