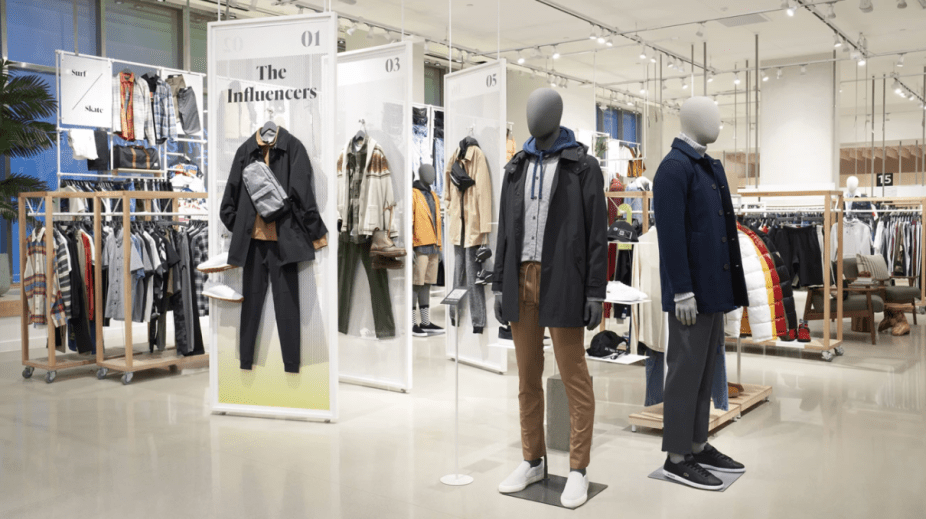 How Amazon’s new store will impact the fashion landscape

With the launch of the first Amazon Style store later this year, consumers won’t be getting the traditional retail experience or clothing from the commodity retailer.

Launching at The Americana at Brand in Glendale, Calif., the Amazon Style store that was announced last week looks to shake up retail by offering more convenience to fashion consumers. Centered on displays with corresponding QR codes, it hopes to deliver a new retail format. While convenience may be an effective strategy for selling essentials, the physical fashion market could be harder to crack. Amazon has not previously ventured into the space. However, Amazon has had no trouble attracting fashion consumers, gaining the top spot for retail apparel sales last year. In 2021, Wells Fargo predicted that Amazon’s apparel and footwear sales will exceed $45 billion in 2022.

The opportunity could spell a foothold for the retailer in the market, while also offering it a physical space to test and iterate around retail strategies and innovative technology. The store will feature popular brands from the site and Amazon’s own brand labels, with a focus on trend-driven pieces ranging from $10-$400. The retailer did not disclose which brands will be stocked. The store will prioritize technology as a tool to simplify the shopping experience. It will feature real-time recommendations from machine learning algorithms served up through the Amazon app, as well as visual, app-integrated touchscreen displays in the changing rooms. The store will be linked to the same fulfillment centers that power the rest of Amazon’s e-commerce business.

While many retailers choose Manhattan or L.A. for their first store, Amazon’s choice of Glendale reads as a strategic choice based on its consumer targets. “Amazon chose a suburban market to first test this out, alongside brands like Zara and H&M,” said Syama Meagher, CEO of Scaling Retail. “They’re not necessarily looking at a higher-end, more affluent luxury consumer, even though Amazon has traditionally and still continues to try to hack the luxury angle.”

She added, “Amazon suffers from the Macy’s problem. As long as anything is done under the label ‘Macy’s,’ it just won’t be cool. By launching under their own store name, it implicitly shoots [Amazon] in the foot. Instead, this will be a place to aggregate more mass-market brands in the store. With the store being very data-rich, it is going to be a gem of an experimentation hub for vendors.”

The experimental nature of this first store means that this iteration may only be the starting point for the Amazon Style store of the future. Meagher believes that the value Amazon has for fashion consumers lies in its “shop by influencer” section that aggregates the most successful products influencers are endorsing. “There could be an iteration of this that isn’t fashion-oriented, but [rather] lifestyle branded — where there are endorsements of other products that influencers were backing. It could become a place to shop for all of these digital-hyped activations and launches in-store.”

One of the pieces missing from Amazon’s announcement was any integration of personalization through the Amazon Style store employees. One of associates’ typical roles, of making item recommendations, appears to have been replaced by technology. This may be a good thing. Steven Dennis, strategic retail advisor and keynote speaker on retail innovation, said that, historically, fitting rooms have been overly reliant on individual labor that has been in short supply, even before Omicron. Apparel stores, particularly those on the less expensive side, have a hard time supporting fitting rooms with personal assistants. There’s a lot of opportunity for technology to be applied in the fitting room, to help with item selection and personalization.

Dennis sees Amazon’s store opening as a marketing strategy and a means of allowing customers to see Amazon’s private-label items in person and try them on. It’s the same reason other online-only brands like Allbirds or Warby Parker have found it helpful to move into brick and mortar. However, he said it’s unclear whether there is a desire among fashion consumers for an Amazon store and, specifically, for the Amazon-only brands. “The store will really be about marketing for Amazon, to develop these brands further, as well as about reducing returns and developing their other services.”

“Amazon has not penetrated well in the higher-end apparel categories. While that has a lot to do with the lack of physical presence, it also has to do with Amazon’s reputation as more of a commodity player.” Dennis said. He went on to say that presenting its own brand alongside more upscale brands could conceivably help Amazon’s image among fashion shoppers. It could also boost sales in categories that tend to do better in physical retail versus online.

“There’s this whole fashion credibility play and [play for] the exposure of their own brands, [targeted at] a crowd that they’re trying to develop,” he said. “It’s one store, so Amazon has the advantage of doing a huge number of experiments all the time — unlike some companies, who only have one or two things in play at any given time.”