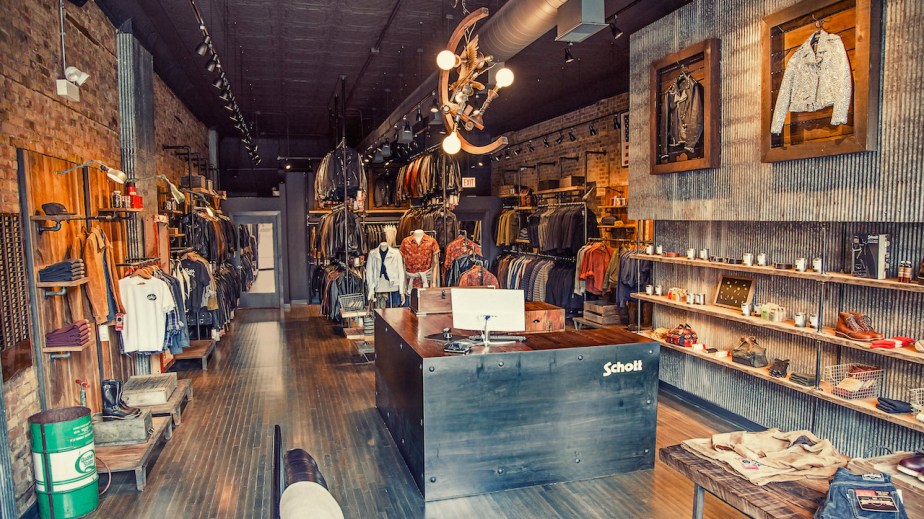 For a 100-plus-year-old brand, opening stores for the first time can be daunting.

That’s been the experience of Schott NYC, which started rolling out retail locations in 2013. The luxury company, known for creating the iconic black leather motorcycle jacket worn by James Dean and Marlon Brando, opened its third retail location in Chicago in June 2017. While Schott NYC had brand awareness in the area, it wanted to increase foot traffic timed to the launch of a limited-edition jacket (the Horween Chromexcel horsehide Perfecto) release in April 2018.

“Retail is a very new component of our business. For a very long time, we were not direct-to-consumer; we were a wholesale-focused manufacturer. We didn’t have much experience with localized social advertising for our stores. We’d experimented with boosting some social posts to reach local markets, but not in a strategic way,” said Jennifer Goldszer, vp of marketing at Schott NYC. The brand currently has four physical retail locations.

Schott NYC partnered with Brand Networks, a cross-channel media solutions provider, to launch a hyper-local social media campaign running across Facebook and Instagram, from April through May of 2018.

Part of that involved training in-store employees to post daily to the brand’s local accounts, Brand Networks also helped the brand with a paid social media strategy. (It did not share any specifics around spending.) For the paid efforts, Brand Networks leveraged its audience tools: It used Schott NYC’s existing data on the types of customers who had previously purchased $800 leather jackets from the brand. Schott NYC looked at everything from gender, proximity, income and interest to then find similar audiences in the Chicago area and ideal prospects to target.

“The nature of the company is such that we are not really doing shoppable, social advertising because it is a luxury company,” said Goldszer. With price points being so high, people aren’t as likely to buy online, she said. “It’s really more about driving traffic to stores and brand awareness.”

Store employees also have access to a mobile app powered by Brand Networks. They can capture images in-store and load them to the app. That connects with the company’s automation tools to make sharing the optimal creative for a designated audience much easier. If pictures of the Chicago skyline draw a lot of local engagement, associates can focus on pushing out more of those. Or if close-up product shots perform well, they can take more of those moving forward.

“We can make sure the right creative gets pumped into our system, and that creative gets rotated into a live running ad campaign without over-spending any budget or mismatching to the wrong targeting. We can rotate in hundreds of new pieces of creative across this constellation of stores every hour or day, depending on what the client needs,” said Kyle Psaty, vp of marketing at Brand Networks.

As part of Brand Networks’ services, the team travels to the local stores and teaches the store employees social media best practices, like what time of day to post, what light to look for when shooting, what relevant hashtags to use and even how to build a daily content calendar for the brand. The company also helped Schott NYC build a community through its local Instagram and Facebook pages, rather than the national accounts. Holding local events also played a big part in driving traffic to the store, Goldszer said.