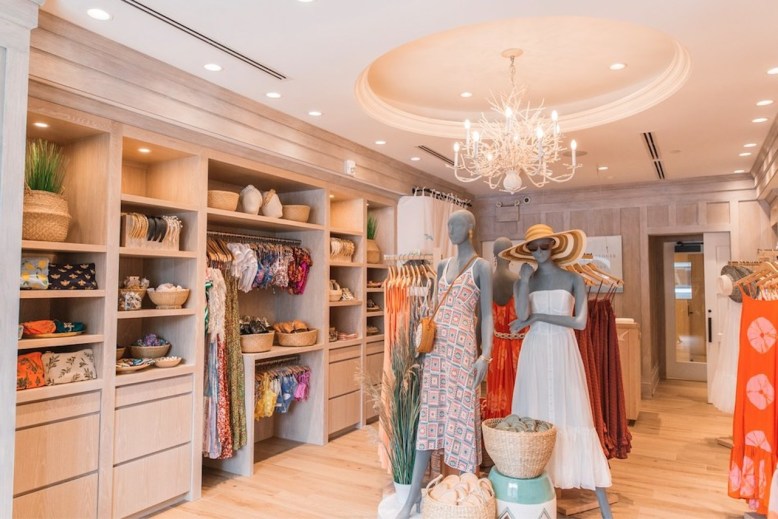 When Elizabeth Preis, CMO of Philadelphia-based retailer Anthropologie, decided to open up a summer pop-up to run through Labor Day, she concluded that meeting customers where they are meant taking a new approach.

Previous Anthropologie pop-ups had been hosted in malls and art galleries, but never in a hotel. Mall traffic was down 18% from pre-pandemic levels in April, according to Placer.ai. In March, it was down 23%. So on Memorial Day, the brand opened its first hotel-based pop-up at The Reeds hotel in Stone Harbor, close to Anthropologie’s home base of Philadelphia. The goal, according to Preis, is to capitalize on the regrowth of travel and hotel stays around the country, getting retail options in front of the eyes of travelers who haven’t flown or stayed in hotels for months, if not more than a year.

“We connect with our customers often, and know our customer is inspired by new experiences and new places.” Preis said. “Therefore, partnering with a hotel was a natural choice for us. And given The Reeds proximity to Philadelphia, this was a natural way to test the concept.”

Meanwhile, Dior is currently hosting a pop-up at the Rosewood Miramar Beach hotel in Southern California. Like Anthropologie’s pop-up, it will run from Memorial Day to Labor Day. And in July, Chanel is opening a pop-up at the Clubhouse Hotel in Spain that will run until September. Both will sell new collections of product, with a focus on summer clothes. These pop-ups are rented spaces, as opposed to revenue-sharing partnerships.

The rise pop-ups in hotels — as opposed to in typical pop-up- and tourist-heavy neighborhoods like SoHo in New York City — coincides with the observed phenomenon of “revenge travel,” on a domestic level.  June data from AirDNA shows that, while international travel from the U.S. is still stagnant or low, domestic travel has been steadily going up since the beginning of 2021. Total demand for short-term hospitality within the U.S. is up 24% in the last six months, with coastal destinations and resorts up 42%. In April, hotel demand in the country surpassed 2019 levels year-over-year for the first time since the pandemic began.

This is a stark contrast to the devastating impact that 2020 had on hotels and travel. According to the state of California, hotel occupancy tax revenue in California fell by 90% between 2019 and 2020, for example. But in April 2021, California’s hospitality sector added 400,000 new jobs that had been eliminated in the previous year.

“Travel is returning at an incredible pace, and The Reeds has either been sold out or experienced high occupancy rates since spring. That will [continue] through the end of summer,” said Ron Gorodesky, president of Refined Hospitality, which owns The Reeds. “While the start of the summer season definitely plays a significant role in those positive booking trends, overall, travelers are ready to return to travel now that vaccination rates are soaring.” Anthropologie is the first retailer The Reeds has hosted since the beginning of the pandemic.

Notably, several of the brands doing pop-ups in hotels are focusing the product assortment on vacation-friendly options. Anthropologie’s pop-up focuses on summery dresses and swimwear, for example. At the beginning of June, swimwear brand Love Brand & Co. launched a new collection exclusively at a pop-up shop at Nobu Hotel Ibiza Bay, also in Spain.

International travel, and the lucrative tourist customer segment that it brings, is not expected to recover fully until 2023. It currently sits at less than half of pre-pandemic levels. The lack of Chinese tourists in the U.S. last year made businesses lose out on more than $10 billion in revenue.