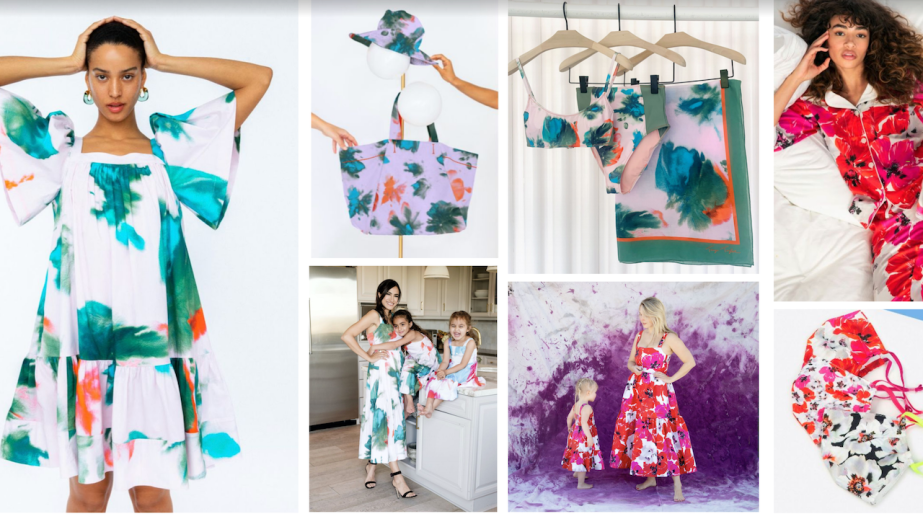 For the first time in over a year, it feels reasonable to say that we’re rapidly moving to a point when Covid-19 will no longer be the primary feature shaping day-to-day commerce. And yet, as we move optimistically toward a post-pandemic world, the business environment will be defined by many of the pain points, challenges and lessons of the past year.

Glossy’s Modern Commerce Summit on March 24-26 brought together leaders, founders and entrepreneurs for three days of discussion, fireside chats and workshops. Our lineup of speakers dug into the trends, innovations and obstacles that their organizations are grappling with in this pivotal moment, from the enormous opportunities in categories like e-commerce and gaming to the importance of consolidating communities of customers and fans. Our editorial team is still brimming with insights and ideas gleaned from the summit, so if you weren’t able to attend, we’re here with a distillation of some of the key conversations.

The travails of 2020 forced many brands to wake up to the necessity of embracing e-commerce, but we’re only now fully realizing the opportunities that are available in the digital world. Where the challenges lie are in working out how to optimize performance and returns, as well as how to stand out in a crowded field, and drive loyalty and retention.

The growing importance of e-commerce is intertwined with the rise of D2C models challenging wholesale. Crystal Slattery, president at Tanya Taylor, said that one facet of that shift is seeing brands jettison rigid seasonal releases in favor of staggered product drops. “We don’t want to drop everything at one time,” Slattery said. “We like to spread it out and tell smaller stories throughout the season.”

There’s still a market for in-person retail, especially as consumers are still excited to use stores to try items for size and style. Re/Done founder Sean Barron talked about complementing his brand’s online marketplace with a growing brick-and-mortar presence. Re/Done’s store locations reflect the way people are moving to places they once traveled to – Miami, the Hamptons and Aspen, for example.

The pandemic’s effects on commercial property are also creating opportunities to pick up brick-and-mortar spaces. “Before, the landlords were driving very hard bargains, they were not negotiating,” Barron said. “Now things have changed where it’s more level set, so the economics make a little more sense now.”

Some of the most exciting opportunities we’re seeing for collaboration and crossover right now are in gaming and e-sports. “From luxury and moderately priced brands to inexpensive brands, everybody’s trying to get in, particularly in the fashion space,” said Dre Hayes, president of Kappa, North America. Mel Peralta, senior director of Foot Locker’s Project Greenhouse, said Foot Locker is also keeping a close eye on the space, though it hasn’t yet embarked on any collaborations.

The cost of formal placements and sponsorships is spiking. After all, gamers who livestream for hours every day are “performing” more frequently than pro athletes who appear for a few hours (perhaps only minutes) once or twice a week. However, brands can dip their toes in and let collaborations grow organically. Hayes talked about Kappa’s collaboration with e-sports team FaZe Clan, which has included extensions like working with EA’s FIFA 21 to create an in-game kit for FaZe Clan. Hayes said that, for Kappa, the experience of working with e-sports teams has been less like traditional sports marketing and closer to collaborating with a streetwear brand.

Although Kappa is still “very early on” in testing the gaming and e-sports market, Hayes believes the sector offers huge potential. “Eventually, one day, I can see us sponsoring a team or sponsoring several teams, the same way we sponsor pro soccer clubs,” he said. The key is to see whether these initiatives translate into sales, in the same way brands expect them to when partnering with a traditional sports club.

But the single biggest opportunity in gaming right now? Female gamers, according to Hayes. They account for around half of the gaming market, but often go unnoticed by brands.

One of the biggest lessons of the pandemic was the importance of diversification in everything from supply chain to inventory to customer base. It’s a principle that brands are taking forward into 2021 and one we heard about repeatedly during the summit.

Reformation CEO Hali Borenstein talked about embracing an inclusive approach to sizing. “I want to be able to go to the store and find a very diverse range of people who are shopping for very different parts of their lives,” she said. Tanya Taylor’s Crystal Slattery offered a look at the diverse consumer personas the brand uses internally to keep the team focused during conversations around product development or marketing, for example. During the pandemic, Tanya Taylor extended the brand’s prints to a broader, more comfortable range of items. That’s going to continue, with the brand set to launch a swimwear line focused on affordability and utility. “It’s a great way for us to bring our prints into lower price points and items that are worn more frequently,” Slattery said of the new line.

Globalization is another aspect of the push to diversify. GOAT’s chief brand officer, Sen Sugano, talked about expanding the brand in China and capitalizing on the huge opportunities of e-commerce festivals like Singles’ Day. The trick is localizing for each market without losing the coherence and authenticity of the brand’s singular identity. When GOAT expanded into China, Sugano said, “There was a bit of localization, yes — the content for WeChat and Weibo is slightly adjusted — but the look and feel are largely the same.”

Gap CMO Mary Alderete talked about the importance of leading with values and grounding the brand’s campaigns in its “North Star” value of “modern American optimism.” The brand has partnered with young activists who have campaigned on issues ranging from Flint’s water crisis (Amariyanna Copeny, a.k.a. Little Miss Flint) to climate justice to voting and transgender rights. “These teens are just incredible,” Alderete said. “They are not waiting to be of age to be able to have an impact on the world.”

Brands are using storytelling and context to educate consumers and enrich the shopping experience. Recognizing that Air Jordans weren’t selling as well as they should, GOAT identified the issue that young consumers lack awareness of Michael Jordan’s legendary career. Its response: It hired a historian to tell the consumer that story. It’s an approach the company has expanded to other product lines, said Sen Sugano. “We started building our archives and adjusting our product catalog, leveraging all of our product display pages to educate,” he said.

Fostering communities is a critical measure of success in today’s environment. Jennifer Fisher, founder of Jennifer Fisher Jewelry, talked about putting herself front and center to communicate authentically, whether that means modeling her own products or responding directly to followers’ Instagram DMs. Fisher attributes the brand’s growth through the pandemic to the “in the trenches” content she posted while personally fulfilling orders at the height of the crisis. “They really saw what we were about and got to see behind the scenes of everything that was going on,” she said.

Brands need to find the content niche that their customers respond best to, recognizing that their audience members will vary in terms of how deep into the weeds they want to go. Reformation releases an in-depth sustainability report for customers who are extremely literate on the issues around sustainability, but for other customers, a lighter touch is more appropriate. “There are customers out there who want to know every detail on every number, and they’re going to push us, and I love that,” said Hali Borenstein. “And there are some customers who are really early on in their journey and are just now really engaging on organic cotton versus conventional fibers.”

There’s always a new way to engage consumers, and right now SMS marketing is one of the big opportunities. Sean Barron of Re/Done and Katie Pridham of Draper James said their brands are finding text messaging to be an effective tool for driving messaging and conversions. Re/Done is also aiming to create a community via a peer-to-peer platform. The brand’s Re/Sell program will launch on Earth Day, giving users the opportunity to upload and trade their own resale items within the Re/Done ecosystem.

It’s been impossible to avoid the explosion of interest in buy-now, pay-later services like Klarna and Afterpay. Allowing the consumer to pay for goods incrementally and on an agreed schedule has benefits for both buyer and seller, and it’s no coincidence that buy-now, pay-later has risen alongside a boom in direct-to-consumer commerce.

Eileen Bennett, director of strategic partnerships in global pay later at PayPal, believes the latest iteration of buy-now, pay-later will only gain momentum – after all, it’s just an update on a tried-and-true formula. “The buy-now, pay-later craze is taking what used to be an in-store selling solution and moved it online,” Bennett said. “The pandemic simply accelerated that.”

“Partner up with a vendor who is best in class in this space and follows TCPA compliance issues, because your program is only going to be as good as the foundation you build … Concentrate on tying your SMS strategy to your email marketing strategy.” –Jenna Manula Linares, senior director of digital marketing, Tarte Cosmetics

“I think that we’re at a space where youth culture, black culture specifically, should be invited into these spaces — not just for one-off collaborations, but really to be able to help set up what business looks like over the next three years for these big corporations.” –Mel Peralta, senior director, Project Greenhouse, Foot Locker

“Sometimes you talk to a brand, and they’ve got all of their money poured into marketing, with a little bit leftover for the actual product … That’s a great way to get a lot of people to try your product once and never come back to it, because you’ve done all this work to sell it and not enough work to make the product itself.” –Millard Drexler, founder, Drexler Ventures

According to McKinsey, during the three months of 2020’s first quarter alone, e-commerce penetration in the United States grew by the equivalent of ten years’ worth of growth.