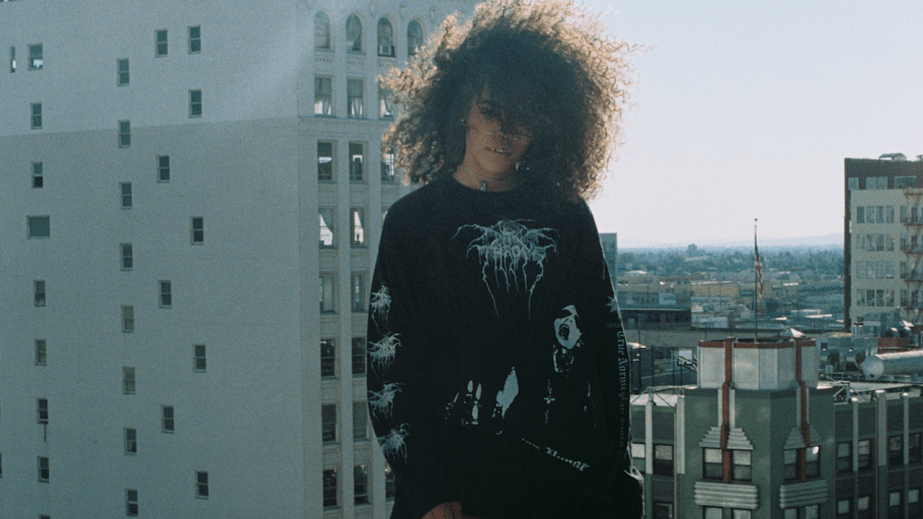 Fashion Briefing: Gen Z and streetwear are driving a shift to genderless fashion

This week, we explore the rise of genderless fashion.

Streetwear is shedding its ‘boys’ club’ image to appeal to Gen Z.

As the top streetwear retailers have rolled out new data, activations and directions since the start of the year, it’s become clear that all have realized the opportunity in female consumers. And they’re going after them.

Sen Sugano, chief brand officer at GOAT, told Glossy earlier this month that women and international shoppers represent the company’s fastest-growing demographics, with the women’s customer base growing twice as fast as the men’s. And the company’s introduction of apparel in late 2019 is accelerating that growth, he said. Meanwhile, at the time of its strategic investment from Groupe Artemis, Kering’s controlling shareholder, in mid-January, GOAT revealed plans for expansion in non-sneaker categories, namely apparel.

Likewise, StockX is reporting a rapid increase in sales to women. On February 10, the company, now valued at $2.8 billion, revealed a report spotlighting the shoe trends that have shaped the industry in StockX’s 5-year lifetime. Among the findings: Sales of women’s sneakers have grown at a much faster rate than men’s. The current market is 1,500-times its size in 2016, according to the report. For its part, StockX now sells as many exclusive women’s sneakers every four hours as it did for all of 2016.

Also expanding its purview is Grailed, which this week has been offering sneak peeks of its third annual Grailed 100 sale starting Wednesday. The styles were chosen by influential people in five groups dubbed “The Entrepreneurs” and “The Conscious Creators,” among others. They include three women and one non-binary curator, actor-activist Quintessa Swindell. That’s despite that Grailed has long labeled itself in social media bios and beyond as a marketplace for menswear.

“The women’s sneakers market is poised to explode,” said Jesse Einhorn, senior economist at StockX. “The women’s market has been doubling every year [since 2016], and that indicates there’s still a huge amount of unmet demand. ”

Einhorn said that, in the last year, the women’s market has largely been powered by Nike’s Jordan franchise, with StockX seeing a 120% in sales of women’s-exclusive Jordans in 2020. The women’s Jordan 1 Chicago style was among the company’s overall top-10 sellers for the year, which was a first for a women’s style. What’s more, a women’s sneaker — the Off-White X Air Jordan Sail — was among the among the top-three most-attempted fakes its authenticators saw.

According to Einhorn, half of the top-20-selling women’s styles released before 2017 were either pink, purple or red. “Brands, at best, were condescending to the female customer and had a pretty unsophisticated strategy to target them,” he said. “The products were fairly uninspiring.” And, in turn, women resorted to buying small men’s and youth sneakers.

But brands have slowly abandoned efforts to feminize styles. They’re now treating all customers in “roughly similar ways,” from the styles they create to the shopping experience they offer them, he said. The latter applies to resale marketplaces, as well.

“We’ve gotten better at making the platform accessible to everyone,” said Einhorn. That’s resulted in StockX not only doubling sales in women’s styles in 2020, but also doubling its women shoppers. A customer can filter by women’s sneakers, but the look and feel of the site won’t change.

GOAT goes a step further by offering a “unified size conversion,” said Sugano. When anyone starts using the platform, they can enter their usual shoe size, and they’ll be served up all shoes that will fit them, regardless of the category.

“With streetwear, most apparel items are gender-neutral, so we provide a gender-neutral experience,” he said. “That’s definitely where things are headed.”

It’s been popularly reported that much of Gen Z disregards gender boundaries. So it makes sense that, as the women’s streetwear market has expanded, young male shoppers have been infringing on the territory, buying up the styles in larger sizes.

“Gen Z takes a much more unisex view of everything,” said Einhorn. They’re also big on expressing their individuality. StockX’s app users are under age 25, and 70% are under 35, he said. According to Sugano, GOAT’s shopper is young, with the largest age segment being 18-24.

Swindell, barely Gen Z at 24-years-old, said Grailed helped them “conjoin my identity with my self-expression.” Prior to discovering the marketplace, they had only been familiar with mainstream brands, but now their closet is filled with “old Helmut Lang stuff” and pieces by streetwear brand Kapital, which they called “a massive inspiration.”

Swindell shops both Grailed and its sister site Heroine, aimed at women streetwear shoppers. “It’s never a first-10-page [scroll]; it’s always very, very deep — even if I’m not looking to buy something,” they said. “It’s just inspiring to see what’s out, what people are trading.”

Though Grailed “follows a binary premise,” the community is open to everyone participating in it, Swindell said. “I’ve worked with a lot of people, and Grailed has like never gotten my pronouns wrong. They, as a team, are so inclusive. It’s like a brilliant thing to stand by.”

Swindell said they’re excited for the day when the unisex conversation extends beyond women wearing menswear, and includes men wearing “Vivienne Westwood pearls, bralettes and crop tops. I’m here for it,” they said.

GOAT is directly targeting those young shoppers who are passionate and mindful about what they wear.

Though it started with a strict focus on sneaker resale, it’s since expanded to sell styles from large retailers, boutiques and brands themselves. Its first brand collaborator was Versace, in 2018, when the brand made GOAT the exclusive sales channel for its Chain Reaction sneaker. GOAT’s expansion to apparel started with direct supply from brands like Gucci and Off-White; it recently launched apparel resale.

Its convergence of the primary and secondary markets plays into its mission to “bring together the greatest products from the past, present and future,” said Sugano. At the same time, it’s telling the products’ stories via its product descriptions, including through information on the designer and label. It also hosts virtual events centered on educating the customer on “what’s so special” about products. Featured guests have included Yeezy designer Steven Smith.

“Our vision is to inspire individuals to be their greatest,” said Sugano. “And we believe that, for everyone, style is a compilation of years of curation.”

Sugano pointed to his own wardrobe, which includes graphic tees from his childhood, a “random sweater” his mom made, the “new-in” Raf Simons coat he bought and the 1994 sweater he managed to find a season late.

Streetwear marketplaces’ influence can’t be denied, even by brands. It’s worth noting that GOAT was valued at $1.75 billion in September.

“We’ve been building a brand of our own since day one,” Sugano said. As a result, partner brands including Versace and Chloe have given the company “quite a bit of flexibility” in terms of how it markets and sells exclusives.

“They understood that we know this consumer better than they do,” he said. “And this was a consumer they need to better understand.”

That was clearly the draw for Groupe Artemis. “We’re [now] connecting Kering Group to our over 30 million members,” said Sugano. “It’s a younger audience, but they’re maturing in their consumer spending.”

4 questions with the founder of genderless streetwear brand Rastah

“Everyone should be championed for their individuality,” said Adnan Ahmad, co-founder of Rastah, a genderless streetwear brand that’s made in Pakistan and sells direct-to-consumer. That theory drove him and his two cousins to launch the now 3-year-old brand, which has largely sold to South Asian-Americans ages 18-28. But according to Ahmad, Rastah’s shopper base is steadily becoming more diverse. “Americans from different backgrounds are becoming part of our community.”

What drove the move to make the line genderless?
It is important that Rastah is part of the genderless narrative, [which says you can] live in a fluid world where you are not identified by your gender. We want a world that empowers each individual and their unique way of being and identity. And we wanted to use our brand as a vessel, to promote this genderless idea that we believe in so passionately. We truly believe that creating an amorphous, genderless, fluid industry and society is fundamental to solving issues around gender discrimination and labeling. Everyone should be championed for their individuality.

How is your genderless focus reflected in your marketing?
We prefer to show, rather than shout. We choose to lead by example through designing our collections with a genderless mindset. Our teams behind the scenes and in front of the camera reflect a sensibility focused on diversity. We cast our campaigns and choose collaborators based on the individual.

How have you gone about sizing your pieces?
This was a challenge that really has no good answer, because people are of all shapes and sizes, and we love that. We design with the versatility of an oversized aesthetic in mind, so that depending on your styling, our garments can work for everyone. [Garments are sized S-XL]

The cost of virtual fashion weeks for fashion capitals is high.

Gucci had a disappointing fourth quarter.