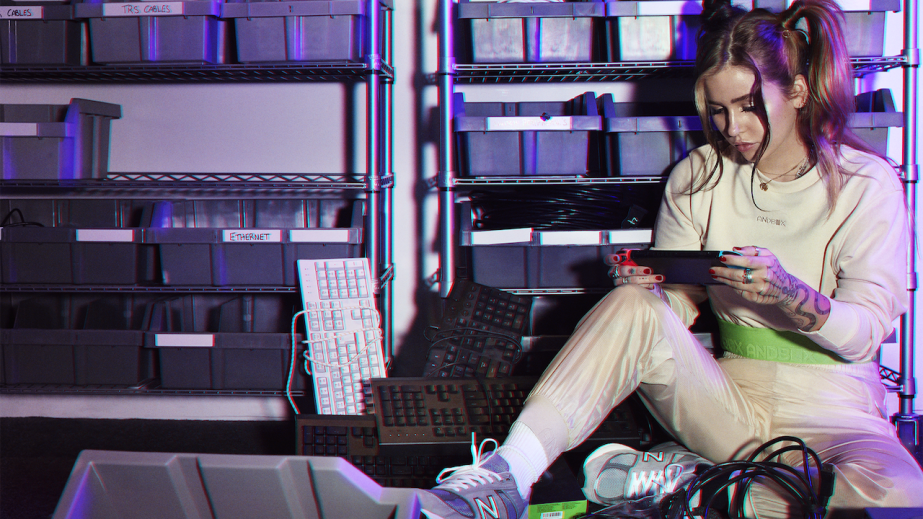 The worlds of video games and fashion may seem miles apart, but a crop of crossovers and experiments show that fashion brands are seeing opportunity in professional gaming.

Maxwell Osborne, one-half of the CFDA award-winning founders of Public School, has been named as creative director of Andbox, a fashion brand inspired by the world of gaming. The brand, which launched last month and just unveiled its first apparel collection, seeks to bridge the gap between fashion and gaming by offering streetwear-inspired collections that are designed for hardcore professional gamers and hobbyists, and suitable for people who have no interest in gaming at all.

E-sports is close to a $1.5 billion industry, and some of the most popular players and teams have legions of fans that are a valuable and untapped audience for fashion. For Farzam Kamel, co-founder and COO of Andbox, which also owns and operates NYXL, the gaming community is criminally underserved by fashion.

“There’s a large, hungry audience that has been underserved for a while,” Kamel said. “Not to speak out of turn, but no one is creating something of really high quality just for [gamers] right now. There’s a huge, untapped opportunity there.”

Kamel said that Andbox is looking to push the brand through traditional marketing channels, but also through the players on its NYXL team. Osborne said designing for the gaming community is no different than how fashion, and streetwear, in particular, has always taken influence from subcultures like skateboarding or hip-hop.

Elsewhere in the streetwear world, Stadium Goods is getting in on the e-sports action on Friday, when it will host a merch pop-up with members of FaZe Clan, one of the largest and most successful teams in e-sports.

And K-Swiss launched last week what it calls the first e-sports performance shoe. Unlike other licensing deals where the brand supplies already existing products with some aesthetic branding of an e-sports team, this shoe was designed from the ground up in collaboration with e-sports team IGC. K-Swiss’ designers followed the players from the team around, observing their habits during competitions, to create something that suited their particular needs.

But the shoe, called the K-Swiss One-Tap, is also sold to the public in limited amounts, serving as both branded teamwear and merchandise for fans of the teams to show their support. For K-Swiss, e-sports is on its way to being a major area of influence for young customers.

“Our job is to see around the curve, and we see e-sports as the next youth activity that’s dominating in terms of reach and viewership,” said Barney Waters, brand president at K-Swiss. “The young male demographic isn’t watching baseball on TV, they’re watching gaming on Twitch, so that’s where we want to be.”

The challenge for big names in fashion getting into the gaming world is that it is still an incredibly young community. While people have been holding video game tournaments for decades, it’s only in the last five years that large professional teams with big money backing them have cropped up. Figuring out how to operate in a relatively new space is the biggest challenge for many of the fashion brands and designers looking to tap this market. Osborne admits to not being overly familiar with the world before he began working on Andbox.

“For me, the challenge is that that it’s something so new,” he said. “There’s no history to draw on to look at for how it’s done, there’s no precedent. That’s an obstacle, but it’s also an opportunity for us.”