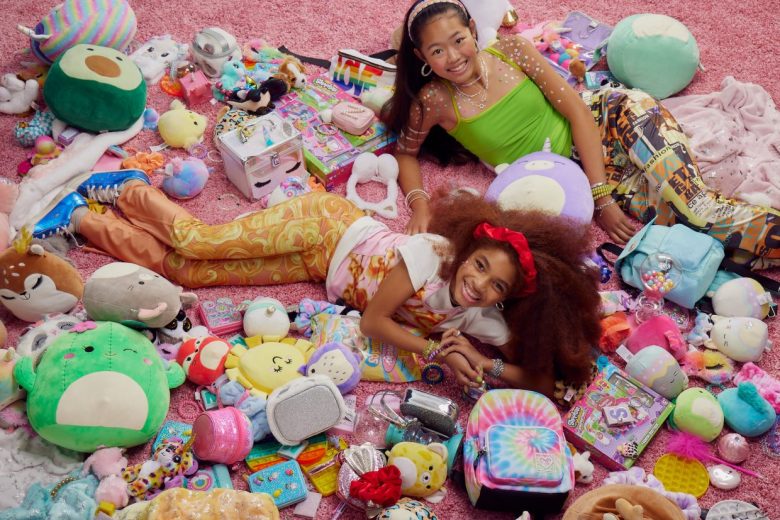 From Walmart to Galeries Lafayette: Inside Claire’s expansive retail strategy

When Ryan Vero took over as CEO of the jewelry brand Claire’s in 2019, he saw an opportunity. Claire’s operates thousands of its own stores, but significantly leveraging the Claire’s brand to sell its product in other stores had yet to be done.

But Walmart isn’t Claire’s only retail partner. As of 2019, CVS was the only multi-brand retailer selling Claire’s products. Now, Claire’s is sold in thousands of retail stores, including Walmart, Toys “R” Us and French department store Galeries Lafayette. Most partnerships aside from Walmart are brick-and-mortar only and don’t cover e-commerce. Sales on the consumer products side of the business — Claire’s classification for its branded products sold at other stores — grew 70% in 2021. Already this year, they’ve grown another 100% to make up 11% of the business.

“The most iconic brands, like Nike and Apple, are largely selling and marketing their brand, not just their individual products,” said Vero, who was formerly the president of Party City. “Nike actually used to do something very similar to us. They operated their own stores and then they sold in other people’s stores to help strengthen the whole message of the brand. When we sell at other stores, we aren’t just giving them a couple SKUs; we’re trying to showcase the entire Claire’s assortment.”

To do that, Claire’s is exclusively working with retailers on a concession model, versus a wholesale model. Brands selling on concession retain more control over the pricing, staging and merchandising of their products, and the retailer doesn’t actually buy any of the inventory. Claire’s sales from concessions rose to $94 million in 2021.

Concessions are a popular model among luxury brands, in particular, which are protective of how their products are displayed. Nordstrom announced last year that it will increase its partner and shared revenue from 5-30% primarily through concessions. And in August 2021, Farfetch moved 20 of its top brands to an e-concession model. Typically, the brand takes most of the revenue from each sale. The retailer gets a smaller portion, compared to selling via wholesale, with the benefit of not taking on the risk of buying inventory.

For Vero, the attractiveness of the model and the relatively light lift for the retailers means the company can get Claire’s product into a wider variety of stores, including luxury stores like Galeries Lafayette.

“The Walmart partnership is a test of the strength of the brand,” Vero said. “We’ve got Claire’s branded spaces in stores all over the world. We’re working with Hudson’s Bay and Galeries Lafayette. We’re right there next to Gucci and Prada. Walmart has millions of customers coming in every day. That’s a tremendous opportunity for us.”

For retailers, the concession model provides a low-cost way to get a foothold in an underrepresented category. At Walmart, for example, the selection of jewelry is sparse. Michelle Gill, vp of jewelry and accessories at Walmart, said the company is “continuing to establish itself as a fashion destination, with a focus on expanding [its] assortment of quality, on-trend and accessible apparel and accessories.”

Vero said the increase in concession sales has also allowed Claire’s to refocus its owned store strategy. Claire’s operates 2,600 of its own stores and franchises out 300 more. Many of those have traditionally been in big malls. Now, Vero said he’s trying to change the store makeup to be more narrow and focused on areas with a strong Claire’s customer base. Ultimately, he wants to focus Claire’s own stores on the most efficient locations, with minimal change to the overall number of stores.

“We’ve significantly decreased our share of stores in malls,” Vero said. “We’re still in some, but the malls we’re in now are A- and B-grade malls according to Greenstreet. We’re focused now on opening stores in places like outlets and lifestyle centers.”