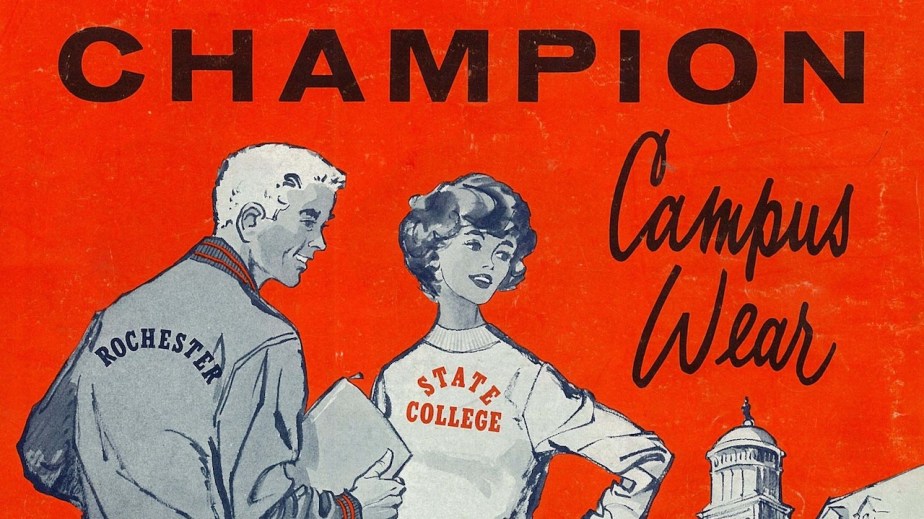 From Modell’s to Supreme: How Champion segments its customer base

In 1919, athleticwear brand Champion got its start by producing high-quality yet humble knitwear for the everyday consumer. Now, 100 years later, Champion still caters to that everyday consumer, but it’s also serving a new segment of customers: ultra-hip streetwear heads.

What was once a brand most often worn by middle-aged dads now routinely gets written up in the pages of Highsnobiety and Hypebeast, sees exposure on the Instagram pages of major streetwear influencers and collaborates with some of the biggest names in street fashion. Champion even boasted 22 percent increase in sales last year driven by a “strong millennial consumer base.”

“We always say that Champion is for everyone, but we do think about segmentation quite a bit,” said Susan Henrikke, president of athleticwear at Champion. “We sell everywhere from Modell’s to Supreme, and they are very different customers each. We never want the customer who shops at Modell’s to feel neglected, but we are definitely trying to serve those fashion-forward consumers, too.”

For Champion, one way of segmenting those two customer bases is through its retail strategy. Generally speaking, Champion products sold through its wholesale retail partners are intended for its more general audience, while the products sold at its DTC stores, like the one opened in SoHo last year, are geared toward the fashion crowd. This is not always true, of course. One exception is Champion products sold at Urban Outfitters, which tend to be of the more adventurous, fashion-forward style.

“For our stores, they all have a similar look and feel, which is inspired by street style,” said Hennike. “Looking at the stores, they definitely have a streetwear feel. We’ve been doing strategic collaborations in that world, but we always ask, ‘How can we do this and stay true to the heritage of the brand?’  DTC has been huge for us, as well. Going direct is new for us [Champion only has four U.S. stores, all of which were opened in 2018], and we definitely want to expand our direct offerings in the near future.”

Pursuing direct sales has forced changes to Champion’s wholesale distribution. The brand ended a long-term partnership with Target in mid-August, after selling an exclusive line of Champion products through the retailer for close to 15 years. By all accounts, the line was doing quite well, bringing in $380 million in its last year.

Rapidly transitioning from a mainstream fashion brand to one that’s popular with a certain segment of the fashion world is a process that many brands in the athleticwear space have found themselves making recently, and not always through any active work of their own.

For example, Italian sportswear brand Fila was quietly creating the same chunky sneakers it had been making for decades when they became hot items, as designated by the streetwear set. Soon, they were aped by Gucci and Balenciaga to be shown on the biggest runways in the world.

“Fila and Champion serve both consumer bases by making different kinds of products to cater to different markets,” said Jian DeLeon, editorial director of Highsnobiety. “The fashion-forward stuff is often a way to build brand awareness and get the brand on the radar of a more trend-driven consumer, who then may end up buying the mainline product from a sporting goods store or other outfitter later on. Take the MoMA reverse weave hoodie, for example. It validates Champion knitwear as a tried-and-true heritage brand while making a special product that makes wearers feel part of the zeitgeist.”

Those brands are starting to become aware of their popularity with certain segments of consumers and are adjusting their strategies accordingly.

“Something we’re always cognizant of is how things move down from high fashion into broader markets, and how that consumer catches on,” said Mark Eggert, svp of footwear design at Fila, in a recent Glossy interview. “The sneakers that are huge now is what dads have been wearing while flipping burgers in the backyard for 20 years. Now their daughters are wearing that same shoe because it’s become cool. It’s crossing over all of these demographics and mixing things up, which is very cool to see.”

This balancing act between a core customer and a fashion-focused customer is one that comes with its share of risks. For one, brands may get too greedy when they discover their relevance with a certain segment of customers and try to extend themselves in a way that stretches their credibility.

Last fall, Champion launched its first foray into footwear with a collection of chunky sneakers. Hennike acknowledges that this is not an area where Champion has a lot of experience or knowledge, and that the sneaker market is incredibly crowded, dominated by the big two: Nike and Adidas. Some have speculated that, with the preponderance of new sneakers releasing constantly, new brands will struggle to break into the market.

Champion has succeeded in the streetwear world mostly because of its long legacy: The iconic Champion crewnecks are popular in streetwear circles in part because they have the same sort of ’90s credibility that is also driving the trend toward chunky sneakers. As the brand enters it 100th year, a foray into new categories without that existing credibility may be a risk to its continued success among the streetwear crowd, but it may also boost its growing streetwear reputation.

“Here, it’s clear Champion is playing on the strong brand affinity and awareness it’s built through these past few years, going as far as opening dedicated Champion stores in markets like New York and Los Angeles,” DeLeon said. “These spots are located in areas like La Brea Avenue and SoHo, so not far from the kid who possibly discovered the brand through a streetwear collaboration. The target for Champion footwear is this developing consumer, who has a genuine love for the brand and wants to define themselves through Champion-branded products. In that way, it’s sort of a rebellious way to stand apart from everyone else wearing labels like Nike or Adidas.”