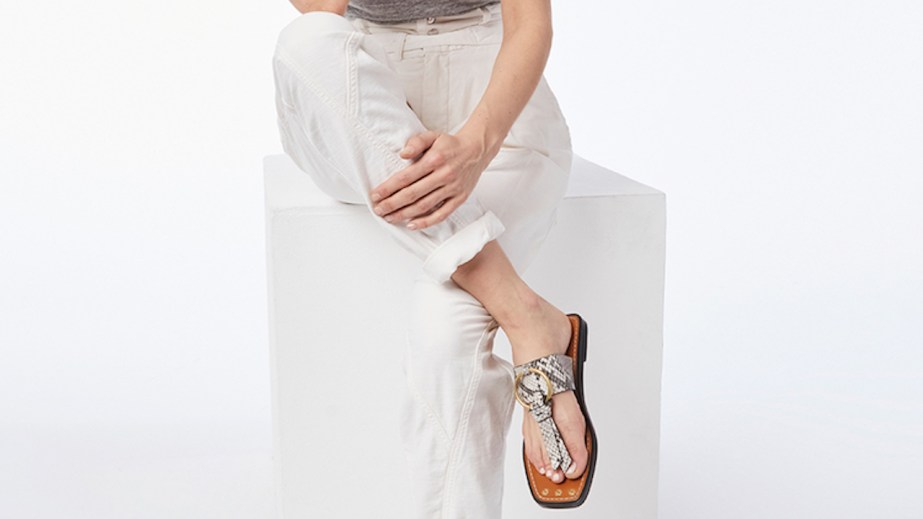 Frame bets on clienteling to bolster sales in new stores

Lifestyle brand Frame is among the small but growing group of brands now opening new stores, at a time when most physical retail is severely depressed.

Frame’s newest store, opening Tuesday, is in the Meatpacking District of New York City and comes on the heels of another new store the company opened on Madison Avenue on Oct. 3. It opened a Boston location on Oct. 1 and an Austin store on Sept. 25.

Frame co-founder Jens Grede said physical retail has been surprisingly resilient for Frame, which currently has 14 stores. In the next six months, the company plans to open at least one more store. Though Grede declined to say what regions he’s considering for a new store, he said Frame is choosing smaller storefronts and avoiding malls and other shopping centers.

Many of the brands that are expanding retail, like Frame and Suitsupply, have attributed their success in the space to a focus on clienteling. With most stores running on reduced capacity and requiring social distancing, customers are increasingly making shopping appointments when in the market for a specific product.

Frame offers clienteling services — personalized, ongoing interactions between its retail staff and customers — at all of its stores. Since the pandemic began, the brand has been encouraging customers through emails and website messaging to make appointments. Frame’s e-commerce team can do virtual product walkthroughs, and in-store associates are available to assist with fittings and purchases by appointment. Grede said that, since the stores reopened in June, the majority of foot traffic to stores is through appointments.

“We do special appointments with regular customers, and we don’t rely on tourists,” Grede said. “We’ve kept all our stores small-format so the overhead costs are not too expensive. All of that combined has led our stores to be more resilient than others.”

Grede said that foot traffic at stores in more tourist-focused locations like Melrose Place are still down, but traffic to stores in more local-focused areas like Boston or Aspen are making up for the loss. Two weeks ago was the first week that sales in-store finally surpassed pre-pandemic levels. Since stores reopened, Frame has seen a 10% increase in bookings for in-store appointments over last year.

As the brand is growing its physical footprint, Grede said Frame’s e-commerce sales have been growing significantly. E-commerce is up well over 100% from pre-pandemic levels, and overall direct sales have increased from 35% to almost 50% of the brand’s total sales. Grede declined to offer specific revenue figures.

Grede said, with the new Meatpacking and Madison Avenue stores, Frame did not have the benefit of decreased rent prices since the deals were signed pre-pandemic. Many landlords, desperate to fill storefronts that have been left vacant due to pandemic-induced losses, have grown more flexible with their rent requirements. New York retail rent prices fell another 12% in the third quarter of the year, after several months of decline.

“Looking at new leases now, there are a lot more options for brands and better deals to be had,” said Grede. “It’s expensive to build a large store fleet during a boom economy, but that’s going to be a lot easier now, at least for signing leases. It’s a big opportunity for smaller brands.”

But even at reduced rates, retail costs are high and many brands are having too much trouble attracting customers to existing stores to even consider opening new ones. Foot traffic is still down as much as 90% (as of September) in parts of New York City, and many brands and retailers have entirely switched focus to online sales instead.

“The market is clearly depressed, but tourism is coming back, foot traffic is coming back,” Grede said. “It’s going to happen, even if it’s slow. Now is a good time for brands to really think about where they want to be long-term in physical retail and start making some of those decisions.”