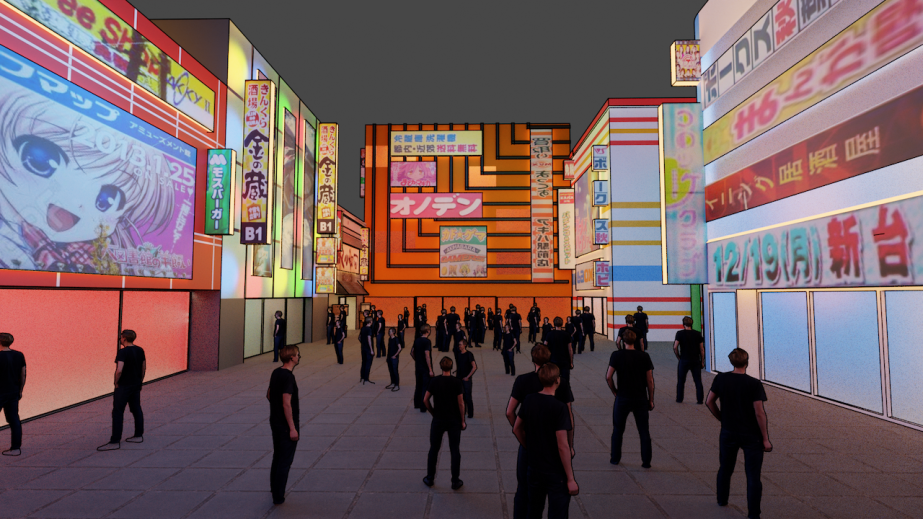 Fashion’s obsession with NFTs grows as new marketplaces pop up

The NFT market has boomed in the last six months, moving from the world of art to fashion. Brands like Gucci and designers like Jeff Staple have started selling their own virtual products.

But to sell NFTs, brands need a marketplace. While many of the NFT marketplaces like OpenSea and 888 The New World focus on art, a wave of fashion-specific marketplaces have begun cropping up with investment to back up their propositions. NFT marketplace Mintable raised $13 million in funding on July 2, after partnering with fashion brand A Bathing Ape, and 3D fashion design company 3D Robe launched its own fashion-specific NFT platform Neuno in June — it has five luxury brand launches planned for this year.

The rise of fashion-focused NFT marketplaces indicates just how quickly fashion has become enamored with NFTs. While NFT prices have wavered since their height, dropping 60% from February to April, a robust ecosystem of fashion-focused platforms may help keep the fashion-NFT trend alive.

Janine Yorio, a fund manager for digital real estate developer Republic Realm, has been working on creating the virtual equivalent of malls for the sale of virtual products. On June 29, the company launched Metajuku, which it billed as the world’s first virtual mall. Modeled after the Harajuku shopping district in Japan, Metajuku is a virtual space where customers can enter storefronts, browse virtual NFT products and make purchases. The products start as low as $30 per piece, depending on the brand and product, but most inventory is over $100, Yorio said.

“In many ways, it’s exactly like a typical real estate or retail setup,” Yorio said. “We’re the landlord and there are tenants, storefronts and rent. But the fact that it’s virtual lets us do cool things. In real life, marble costs more than granite, but in the virtual world, that’s not true. Your store can look however you want it to look.”

Metajuku launched with several brands that specialize only in virtual fashion, like Tribute Brand and DressX. While no real-life brands are represented at Metajuku at launch, Yorio said the company is working with several physical brands to get their virtual products in place, as well. Those brands tend to move slower on approving adventurous partnerships in unfamiliar territory, she said.

The Metajuku shopping center is located within an online virtual world, or metaverse, called Decentraland, where anyone can pay for parcels of virtual “land” and build whatever they want on it. These parcels have become much more valuable over the last two months, rising in price from around $1,800 per parcel in April to more than $7,000 today.

IMVU, another metaverse, also launched a fashion NFT market in May that has attracted fashion designers including Collina Strada’s Hillary Taymour. In late May, she released on the platform a collection of original virtual pieces and virtual pieces based on existing physical products.

According to Lindsay Anne Aamodt, director of marketing for IMVU, the pandemic has helped accelerate the growth of virtual fashion and helped push NFTs beyond the world of just art. “People being forced to stay inside and isolate for a long time made them a lot more open to things like the metaverse,” Aamodt said. “I almost wish we had launched this last year, as it would have been even stronger. Fashion has a place in the virtual world. It’s such a perfect fit for the metaverse since one of the main things users want to do is customize their avatar.”

While paying real-life money for a virtual item may seem strange, Yorio pointed to the $50 million Fortnite players as a whole spent on single sets of clothes for their playable characters in May. The sale of NFTs on Decentraland have boosted the metaverse from 1,500 daily users in January to more than 10,000 today.