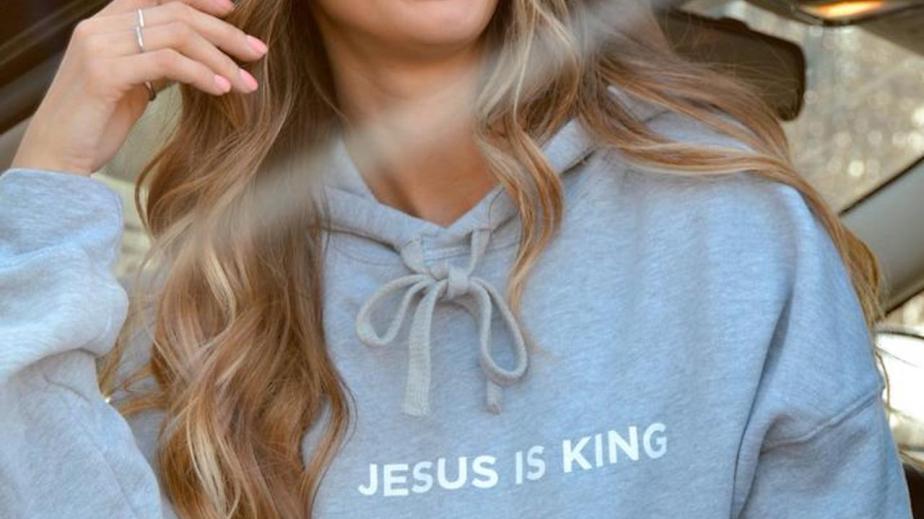 Fashion shoppers are having a come-to-Jesus moment

In March and April, 5-year-old e-commerce fashion retailer Elevated Faith saw a 250% sales increase, compared to the two months prior. Its screen printer that makes its graphic T-shirts, with messages including “Woman of God” and “Faith can move mountains,” struggled to keep up. The company is now getting set to transition operations to a larger warehouse and is eying physical retail, zeroing in on southern states where it has a large customer base. Elevated Faith is based in Winneconne, Wisconsin.

“We’re scaling quickly, and this whole pandemic is what kick-started it,” said founder Josh Gander, who’s bootstrapped the business.

Fashion shoppers are having a come-to-Jesus moment, turning to retailers that offer styles featuring bible verses and inspirational quotes to provide comfort in a time of great uncertainty. At the same time, retailers including Elevated Faith and Altar’d State are shifting their processes to better cater to new demand.

For Elevated Faith, 70% of customers are ages 18-30, plus the company does a large gifting business, selling to the mothers and grandmothers of its core customers. Since March, apparel has replaced jewelry as the company’s top-selling category, which Gander owed to producing more new styles, more often. Hoodies average $50, while rings are around $16.

At the same time, customer emails and text messages, the latter of which go to 100,000 subscribers and have a 99% open rate, have been tweaked to be more personal. “We’re letting our customers know that we’re here and we understand what they’re going through,” said Gander. “We’re not trying to capitalize on anything, but we’re just trying to be more personal and are letting them know that we care.”

The approach doesn’t seem like a far departure for the company, which has a navigation bar option on its website for prayer requests. It typically receives an average of 25 requests a day, which it shares with an affiliate network of 15,000 people.

Elevated Faith advertises through Instagram, Facebook, Google, Bing and Snapchat, and recently added TikTok to the mix. For TikTok posts, influencers wear Elevated Faith styles and mention the company in their description, but are given the freedom to post whatever they’d like. The company works with influencers across social channels by paying them or gifting them products. Influencers range from “hip, trendy girls” to people who post about their faith in every post, said Gander. He is currently looking to do brand collaborations to expand the company’s audience.

Gander said first-time customers often get sold on the unboxing experience — the company includes extra touches with each order, like a “scripture card,” and about 20% of customers mention their love for the packaging when writing a product review on the company’s website. The company also offers two monthly subscriptions, including a sticker club — members pay $6 a month to receive four stickers with phrases including “He’s the God of miracles.” In April, it earned 1,500 new subscribers, bringing the total to 7,000.

“People are more open to faith during this time, more open to conversations,” said Gander. “And now, it’s almost hip to share about God; with celebrities like Kanye [West] and Justin Bieber posting about their faith, it’s kind of become a popular thing.”

Altar’d State, a faith-based mall retailer with 120 stores, is also seeing a surge online; e-commerce sales have doubled in the past two months, compared to the two months prior, said Amanda Fest, the company’s vp of merchandising.

Fest said what’s selling are products featuring an inspirational quote or bible verse, including graphic tees featuring “Pray, Wake, Trust” and “Spread kindness like wildflowers.” Cross jewelry and an art-decorated bible sold out by the third week of March. Also selling are home fragrances, candles and perfume, especially those in the company’s signature Sanctuary fragrance that scents its stores. In March, the company sold gift bundles designed to uplift a friend.

Altar’d State’s stores make up 98% of its sales, and 50% of them opened last week — a swift process because the company neither laid off nor furloughed associates, said Felt. With the stores closed, the company started a process to bring its “inspiring” in-store experience to its e-commerce site via ramped up customer service and personalization.

“In stores, if a guest tells an associate that she’s going through a bad time, they will pray with her,” said Felt. “But we also want to be very inclusive; we don’t ever want to make someone feel that they have to have a certain faith to shop with us.”

The company also accepts prayer requests through its website and distributes them to everyone in the company on a daily basis. Those requests have seen an uptick, though Felt declined to share numbers. “With all the craziness that’s going on in the world, it’s a blessing that we offer that,” said Felt.

Marketing has also been updated to be inspiring, with social media posts and emails overhauled to focus on inspirational quotes and “spreading good news,” versus product, said Felt. To build awareness on TikTok, the company is launching a contest for store associates, awarding a gift card to the person with the most popular post featuring a dance choreographed by a corporate employee.

Felt said Altar’d State has exponentially grown since it opened in late 2009, and that it invests all profits in giving back and growing the business. All of its stores are profitable.

Finding comfort by way of spirituality isn’t always linked to religion — consumers are also turning to fashion featuring encouraging words and symbols, and even symbolism from astrology.

Jane Winchester Paradis, founder of 2-year-old Jane Winchester Jewelry, sells gold necklaces with coin-shaped pendants, which feature symbols for Positivity, Strength and Hope, and retail for around $280. She said her sales for April surpassed December, with the “Protect” coin being the best seller. In early May, her weekly return on ad spend, which is usually 6:1 was 10:1.

She owed it to her high-household-income customer base, and also that her pieces “are thoughtful and have messages behind them.”

To build on the momentum, she’s been advertising via Facebook, Instagram, Google Shopping and retargeting ads, and is also using emails and RewardStyle and gifting influencers.

“I do think we could have, kind of in a creepy way, exploited it a little bit, but that’s not what’s happening,” said Winchester Paradis. “If this makes you feel better, we want to send that to you and make you feel better during this time of unrest.”