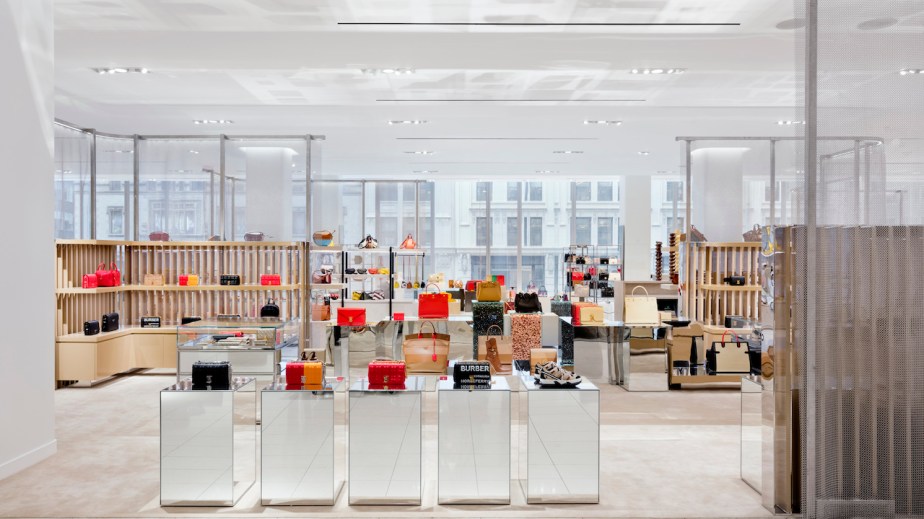 With election results delayed, brands’ marketing activities has remained paused, allowing impactful news to take precedence on digital channels. And many stores have stayed boarded up out of uncertainty around how Americans will react when a President is announced. While the extended stop-in-play was to be expected, it puts added pressure on brands hoping to salvage some 2020 sales via a holiday-focused fourth quarter.

“This has been a really hard year, but today’s not the day to be posting about product,” said James Nord, founder of influencer marketing agency Fohr, on Wednesday. “This is a blink; it’s a very brief moment. And if you’re a brand that says, ‘I understand you; I believe in the same things you do; we have a relationship,’ then you have to respect both sides of the relationship and say, ‘You’re going through more important things today.’”

Fohr, which works with 120,000 influencers, paused all sponsored content a week prior to the election and plans to keep it paused through November 10, affecting 90 campaigns. Nord said, because most of Fohr’s influencers “lean left,” the company would have pressed go on campaigns a day or two after Election Day, had a “Biden blowout” been announced on Tuesday.

Nord said work is just pushed back — there’s no impact on revenue — and clients were notified of the scheduled pause three months ago. In addition, he said, Fohr’s contracts were updated in the summer to state that a client’s campaign can be paused without their approval, when events in society demand focus. “It’s our job to make sure a client’s message is heard and is impactful, and today, it’s not going to be impactful; it’s going to be a total waste of money if you advertise today.”

Supporting that claim is Instagram’s move last week to hide recent posts when hashtags are searched “to help prevent the spread of possible false information” related to the election. Of course, hashtags are standard features of brand campaigns. Nord said Fohr’s team is currently compiling data to see how the disabled hashtags have affected the company’s global engagement.

Rather than post their usual fashion or beauty posts on Wednesday, Fohr encouraged its talent to exclusively post information about vote counting to their audiences.

But brands, for their part, took more varied approaches to Wednesday. While they overwhelmingly remained mum on digital channels, for some, it was business-as-usual: After launching its resort collection on Election Day, Tibi hosted its regular “Style Class,” hosted by its creative and style directors, on Instagram Live. Misha Nonoo stuck to its regular Instagram schedule, posting an influential woman wearing the brand’s Husband shirt. Meanwhile, others made attempts to play into the conversation: An Ann Taylor email strived to both address the week’s events and drive to a holiday sale, announcing a “More Joy, Less Stress Event.” Gap posted to Instagram a red-and-green hoodie, with “Together, we can move forward,” which was met with loud backlash and later removed.

Regardless of individual efforts, retail sales as a whole slumped. Sarah Engel, CMO at consultancy January Digital, which works with brands including The Honest Company and Tumi, said clients’ site traffic was down 35-55% on Wednesday, and conversion rates were flat or slightly down.

“This is a very uncertain time, and with uncertainty comes a shift in consumer priorities and a decline in shopping,” she said. Plus, she said, consumers’ online shopping behavior is very attached to their available time. Their free time was eliminated on Election Day, as people were at the polls and then focused on results. And their focus didn’t shift on Wednesday.

Both Nord and Conor Begley, co-founder of influencer marketing tech company Tribe Dynamics, compared current brand and consumer behavior to that around the time of the Black Lives Matter protests over the summer.

“Many brands’ earned media value dropped off during that period, but brands that were Black-owned or had otherwise demonstrated a meaningful commitment to inclusivity enjoyed a wave of organic enthusiasm.” said Begley. He pointed to the EMV of Black-owned cosmetics brand Uoma Beauty, which increased 344% month-over-month in June. Lounge Underwear, which has long put inclusivity and acceptance at the forefront of its influencer strategy, saw a 7% boost in the same month.

“By temporarily ceding space [now], brands are paving the way for genuine, lasting and impactful relationships grounded in a shared mission,” he said.

But it’s a waiting game, as it’s uncertain when election results will be revealed. Retailers that boarded up their windows prior to Tuesday have largely kept them boarded. “Many remain open for business, but we expect that boards will stay in place until the news on the election results become more definitive,” said Jerome Barth, president of the Fifth Avenue Association, of Fifth Avenue stores, including Saks.

In a survey of brands, by branding platform ZeBrand, 11% said they believe their business’ performance will be significantly impacted during and immediately following the election, and 34% said it will be slightly affected. According to Adobe Analytics data, released on Wednesday, 63% of retailers believe consumers will be more confident in spending after the election.

They’ll work hard to ensure that, as their holiday season depends on it.

“Because this is such a unique year, retailers are adapting better and more quickly to the unexpected and unpredictable circumstances that have cropped up,” said David French, svp of government relations at National Retail Federation. “The sooner things return to normal, the faster we can get on with the holiday shopping season, and that’s what all retailers look forward to.”