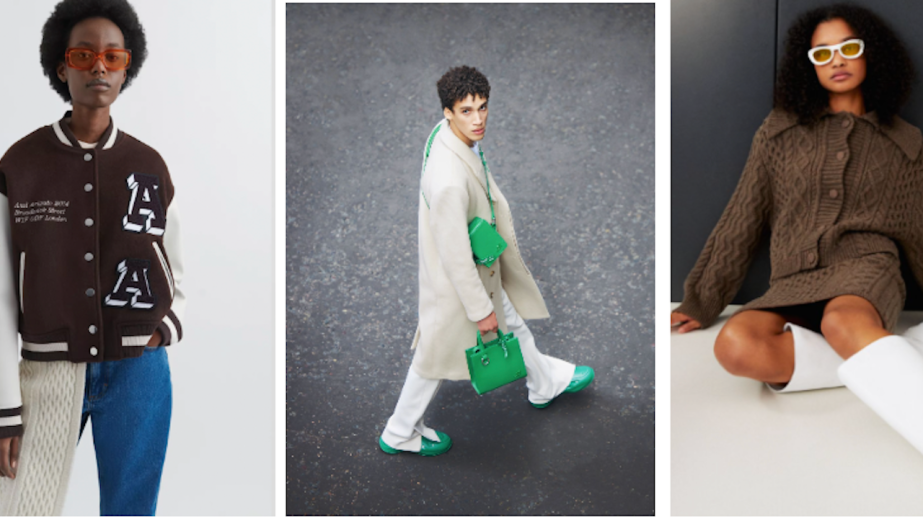 This week, a look at the power of maintaining focus and prioritizing brand amid a troubled economy. Scroll down to use Glossy+ Comments, giving the Glossy+ community the opportunity to join discussions around industry topics.

Amid warnings of even more troubled economic times ahead, strong fashion brands have resolved that now’s not the time to experiment.

That’s true of 8-year-old Sweden-born Axel Arigato, which sold a majority stake to Eurazeo Brands for $66 million in late 2020. At the time, the company was pulling in $40 million annually and had been profitable for two years. Company representatives declined to provide an update on current revenue and growth.

According to co-founder and CEO Albin Johansson, the company’s newer backing isn’t impeding his intended, short-term focus on safer bets. But it’s not that the brand’s standing still. Instead, it’s further developing the product categories Axel Arigato does best — namely, sneakers. In addition, it’s increasingly building the brand it’s established and expanding in markets that provide the most bang for the buck, in terms of reaching a global versus simply a local consumer.

“If it’s not a global hub, then it’s not the right market for us here and now,” said Johansson. “And because consumers will soon have less money in their wallets, they’ll go to the category leaders and not explore [options] the same way they have in the past. We don’t need to jump into new categories right now because we won’t be their first option.”

That Allbirds folded its activewear category and Old Navy downsized its extended-size offerings, both launched mid-pandemic, is a testament to consumers’ current lack of interest in categories not typically associated with a brand.

He added, “It’s very important to be stable in the upcoming, [challenging] time [period], whether that ends up being for three months or two years. We need to make sure we’re ready for it.”

Amid record-high interest rates, increasing inflationary costs, overall higher costs of living and stocks falling to record lows, companies across industries are bracing for further shifts and slowdowns in consumer spending. Many mainstream apparel brands have lowered their sales projections for the remainder of the year, and many experts believe that even the luxury sector, which has remained relatively unscathed since the start of the pandemic, won’t be safe from looming economic impacts.

Started as a sneaker brand by Johansson and creative director Max Svärdh, Axel Arigato has since introduced products including ready-to-wear, outerwear and comparatively affordable branded accessories. As it stands, its assortment calls to mind that of buzzy streetwear names like Aimé Leon Dore. “A full offering brand” is the long-term goal, Johansson said. But, for now, he’s being patient.

Axel Arigato’s biggest challenge, which is meeting product demand with adequate supply, is also shaping its strategies. Though the company’s manufacturing costs have come down since their mid-pandemic peak, delivery lead times have not decreased, Johansson said. Moving the supply chain closer to the demand is a plan moving forward. Currently, Axel Arigato produces in Portugal and ships out of Sweden. And, for now, remaining focused is a necessity that will serve the brand well in the long term, he said.

Jeff Johnson, co-founder and chief brand officer of NYC-based The Arrivals, backed Johansson’s theory that a strong product category backed by a strong brand is a business advantage suited to the times. The Arrivals also launched eight years ago, with a focus on “performance-rooted, fashion-conscious” outerwear, as Johnson described it. It’s since expanded its take on outerwear to include gorpcore-fitting styles with the same material functionality as its coats. A puffer pant it launched last year was its first non-jacket style to become its top seller. It reintroduced the style for 2022 in shades including lavender and emerald.

According to Johnson, the mere act of being focused is a differentiator in today’s market. While many consumers are blindly shopping on Amazon and other platform giants for discovery, there’s the other extreme of consumers “identifying: ‘Who is that perfect creator of that one thing I need?” he said. In turn, The Arrivals and other brands are increasingly asking themselves, “What are we actually trying to do? What are we actually good at doing? And do those two things align with what customers look to us for?”

Physical retailers, too, which are overly prioritizing experiential components, are muddying the path to purchase for those who know what they want, Johnson said. “There are limited places where you can just go and find your staple,” he said.

“There was an era of ‘speak loudest and be seen,’ but we’re entering an era where everything has been said,” he said. “So, dropping little whispers as a brand to those it connects with [is resonating].” Johnson noted that the Arrivals has always been methodic about its long-term growth, avoiding flash-in-the-pan trends across its strategies. That it’s an independent brand, free of investor pressures, has enabled that, he said.

For its part, Axel Arigato laid the groundwork for its next stage of growth in the first half of this year. That included making 66 new hires, for a total of 215 employees, opening offices in Portugal and the Netherlands, expanding distribution to Germany and China, the latter via Tmall, and making its first hire in the U.S. — they’re focused on building the wholesale business.

On the retail front, securing “like-minded partners that really care about the brand” is imperative, as the company works to introduce itself to the U.S. market, Johansson said. In other markets, Axel Arigato’s managed to control its presence via department store shop-in-shops. In Paris, that includes stores in Le Bon Marché and Galeries Lafayette, and it will soon open in Printemps. It’s also manning space in Selfridges in London, in KaDeWe Group stores in Germany, and in Level Shoes in Dubai.

“From a brand perspective, we’re in a good place. But we need to continue controlling our narrative and our destiny,” Johansson said. “The wider we go [geographically], the more narrow our focus should be, to communicate [who we are].”

Where the brand is not being conservative is in its spending for marketing and branding. According to Johansson, brands that pull back on marketing risk “not being a brand anymore,” as the brand is the foundation of a fashion business.

Axel Arigato’s expanding retail footprint and the unique experiences it hosts in-store are key differentiators in the current landscape, according to Johansson. The brand has six standalone stores, and Johansson is currently eying store locations in Paris, London and New York. Following a first NYC store with a second, before expanding to cities including L.A., is the goal.

While the stores are situated in global shopping hubs, their many corresponding activations are catered to locals. In every city with brand stores, the company employs people immersed in the local scene to manage its events. In June, it hosted three events in Paris alone, including a concert that drew nearly 10,000 people. Music-centered events are common, as are timely celebrations around calendar events like Pride Month. Each store hosts an average of 30 events in a typical year.

Putting on events specifically designed to deliver value to a customer segment is also a strategy employed by The Arrivals. It’s orchestrated 24-hour, limited releases of products to its online or social communities. Later this month, it will host a product launch party at Brooklyn-based concept store Sincerely, Tommy.

Outside of events, collaborations that are reflective of Axel Arigato’s ethos are a marketing lever the brand plans to pull in 2023.

The fact that the company is leading with “brand” is smart, based on consumer habits, said Kristen Classi-Zummo, apparel industry analyst at the NPD Group. “Desired brands are winning,” she said. “We’re living in troubled economic times, but consumers aren’t mirroring the behavior we’ve seen in past recessions, where we saw a total pullback across the board. Consumers are being a bit more deliberate and careful with their spending, and they will absolutely splurge on the brands that they desire.”

Johansson said Eurazeo Brands equally prioritizes brand building. As such, it hasn’t pressured Axel Arigato to accelerate its growth. “I’m more in a rush than they are,” he said. For Axel Arigato, the partnership’s proven most valuable for the “access to knowledge and people” it provides, he said.

In addition to right-tracking the supply chain, Johansson said fine-tuning the company’s internal communication while working from home two days a week is a logistical priority. He questioned whether the brand’s slowed revenue growth in the first half – up 50% year-over-year in 2022, down from 90% pre-pandemic – was a symptom of the company’s decreased connectivity.

Finally, he stressed that the company is currently prioritizing cash flow over profitability. A healthy cash flow supports inventory needs and investments needed for long-term stability, sans the threat of bankruptcy, he said.

‘A halo effect’: Why P448 is opening stores in ultra-luxury locations