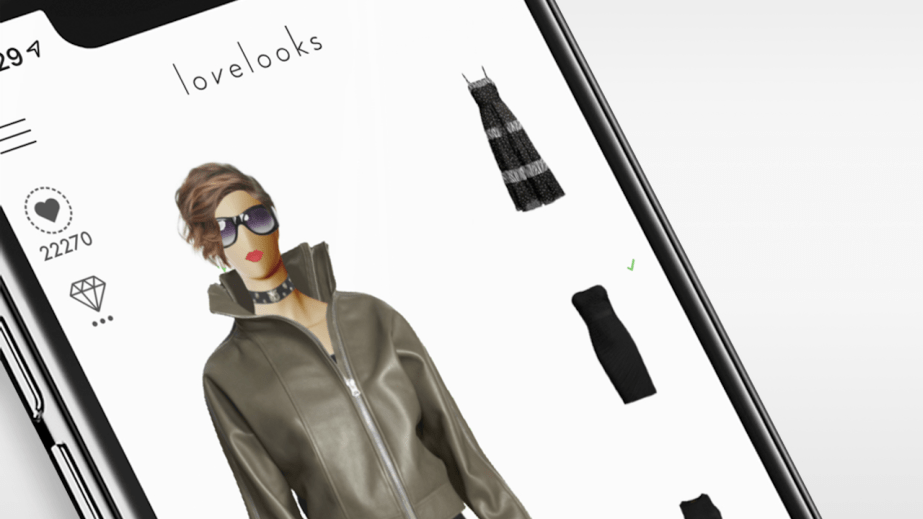 Fashion brands are linking with gaming apps to acquire customers

Fashion brands are inserting themselves into games to gain consumers’ attention.

With the retail landscape in a state of flux — with, for example, sales floors transitioning to experience hubs and in-store sales moving online — brands have increasingly revamped their sales-channel mix to meet customers where they are. And many are playing games on their phones. As tech companies roll out games with shopping and marketing capabilities, fashion and beauty brands are getting in on the fun.

“Everything is the same,” said Agashiwala, whose background is in fashion PR. “It’s the same grid, you shop by brand or by style, you see a piece you like, you click on it and you see it in an outfit. It’s dull.”

She and Choudhry designed their app to let shoppers style complete looks by mixing pieces across brands, retailers and price points, and then see the styles combined on a digital mannequin. The mannequin’s skin tone can be customized for the shopper, and the shopper can scan their face to see it on screen. Five to seven body types will be offered as options in the future.

AI offers up style suggestions from the Lovelooks’ inventory of more than 50,000 styles, based on a user’s engagement, and AR makes the final look seamless. The styles — either photographed by Lovelooks or the brand — are shoppable via “shop” buttons, and the complete looks are shareable across social channels.

In addition to fashion styles, Lovelooks features beauty products — lipstick for now, with others like nail polish set for a later launch. For inspiration, users can access a magic wand tool to see how other users styled a select piece.

Choudhry and Agashiwala said they want to inspire and entertain, and leave the selling up to the retailers; their hope is users will link out and buy pieces on retailers’ sites. But at the same time, they want to forge partnerships with big brands. They’re in talks with Saks Fifth Avenue, for one, to evolve beyond an affiliate partner. The value Lovelooks provides brands and retailers, according to the founders, is facilitating customer engagement and also reducing returns, thanks to providing shoppers familiarity with styles before they place an order. Through a paid partnership, a retailer could also opt to feature the Lovelooks mannequin and styling capabilities on its e-commerce site.

Lovelooks has also been monetizing the user experience, since gamifying the app early this summer. To earn points, users can post styled looks to a Runway page, where “likes” mean more points. They can also rack up points by playing games including Spin to Win and Style This, and answering fashion trivia. Users can post five looks a day, but must purchase a subscription to post more. Points are redeemable for prizes like YSL bags, Cartier watches and gift cards to Net-a-Porter. Subscriptions range from $5.99 to $15.99, and users can also buy points.

Agashiwala said Lovelooks’ users are largely women ages 24 to 25, which are underserved by the gaming industry — rather than spend hours on Fortnite, they want to play when they have a few free minutes. Lovelooks’ users are spending an average of 15 minutes a day on the site, and before launching paid marketing in June, the app had 10,000 downloads. Users largely found the app through the app store and through the company’s Instagram page, which featured the digital mannequin wearing styled looks at picturesque locations, like the Louvre.

To gain feedback on the app prior to its launch, Choudhry went directly to its target audience: college-aged girls. She offered contests to sororities, where those earning the most points won designer pieces.  Charlotte Thurston, now a senior at the University of South Carolina, was among the 400 girls who signed on in her sorority, all of whom posted looks for a game day, with the hashtag #lovelooksongameday. The prize was a pair of Gucci socks.

“Girls got really competitive about it, and a lot of them still use it,” she said. She now spends 30 minutes a day a few times a week on the app, and often posts looks she’s styled to her Instagram Stories. “As a college student, it’s fun to play with designer clothes I maybe can’t afford,” she said. Thanks to the app, she’s now eying a Stella McCartney fur jacket.

Lovelooks linked with digital and PR agencies in June and is now marketing the site largely through emails and Instagram Stories, where viewers can swipe up to download the app. Messaging is typically centered on the idea that shopping can be playful, and mini videos showing how to style looks on the app are featured.

Since June, the company’s seen a 75.3% increase in users every month, with a customer acquisition costs of just $1.60, on par with that of a beauty brand offering a gift with purchase. The company is not offering an incentive to download the app. So far, users are buying points and memberships more than they buy clothes, with most buying the top-tier membership.

“For this generation, consumption is more about gaining access than things,” said Agashiwala.

But gamification isn’t just for a young audience, said Nadia Masri, founder and CEO of market research company Perksy. She called loyalty programs forms of gaming, as members work up to a reward. “When it comes to certain apps, it’s their value prop that speaks to a young audience,” she said. “But the potential for brands using gaming elements in their apps is very strong. More brands should be doing it, whether it’s offering up easter eggs or leaving hidden gems. We’re all driven by rewards.”

Fashion gaming app Covet, which has been around for more than six years, also centers on dressing a digital model. It, however, does not offer users the opportunity to shop from the app. What’s more, it teams with brands exclusively — no retailers — and, to remain aspirational, it sticks to a high-end price point that’s above H&M and Gap, but below Hermes and Gucci. Badgley Mischka and Rachel Zoe are among the featured brands, which use it for brand awareness.

There’s no money exchanged, said the company’s general manager, Sarah Fuchs, but the brand gets publicity and Covet gets to use its name in the game. It does feature sponsored challenges from time to time, and brands including Calvin Klein have participated.

Covet reports 3 million monthly users and a strong, growing community — 2019 has been its most successful year to date, based on revenue, said Fuchs. Over the summer, it held its second annual CovetCon, a two-day event giving its community the chance to connect with each other and insiders from brands. The early-bird ticket sold out in the first hour, and 34,000 people watched the event’s keynote live on social channels.

The company earns new users largely through digital ads. The average user is 35 years old —  some are in it for a creative outlet and self-expression, and others like the competition, said Fuchs. Users must pay to progress in the game: There are 77 levels, and each offers new challenges for them to increase their closet value, which is the main goal. The levels also offer new hair looks, new makeup looks and new props such as flowers and suitcases.

“I want us to be an influencer — a place great brands want to be a part of and where women come to learn about great fashion,” said Fuchs.

Badgley Mischka has partnered with Covet since September and is featured on the app as a premier designer, meaning more points are needed to add the pieces to a closet. When the company approached Badgley Mischka, the brand saw it as an opportunity to reach a large new audience in a new space — it had never teamed up with a gaming company, said Badgley Mischka president Christine Currence. Currently, Covet is the third biggest source of traffic to the brand’s website, though sales conversion is very low.

“These are new eyes, not repeat customers or the brand’s core demographic,” said Currence. “They might not be shopping, but they’re engaging with the brand. Our hope is that when they have a special moment — a wedding, a black-tie event — a light bulb will go off and they’ll come to us.”

Badgley Mischka drives to Covet through emails and social posts when a new collection hits the platform. It’s currently exploring opportunities to team with the company on IRL events with designers Mark Badgley and James Mishka, outside of CovetCon.

Currence said she’s not concerned about the gaming space becoming too crowded as brands get hip to its effectiveness as a marketing tool.

“Brands are looking for differentiated distribution channels and platforms that aren’t yet saturated,” said Tiffany Zhong, CEO of Gen Z insights agency Zebra IQ, who pointed to TikTok, Stitch, Discord and gaming apps as new opportunities. “Because there’s no easy playbook for these platforms, risk-averse brands steer clear, and that leaves room.”

She said the Lovelooks and Covet “models” call to mind other digital trends, like avatars, Bitmoji and genies, as well as digital influencers like Miquela, which are inking big deals with large brands.

“Gen Z cares about being connected to a brand or an experience,” said Zhong. “If you see your favorite brand — Supreme or Off-White — in a game you’re playing, you’re going to feel a stronger relationship to the brand. That brand awareness might not be directly tied to a specific ROI you can measure, but it may have a much stronger impact.”