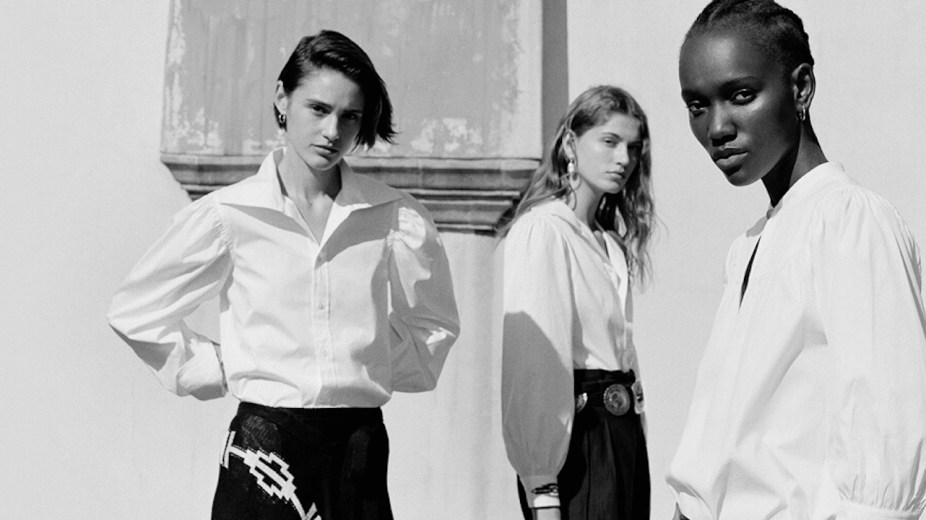 Fashion brands are further distancing themselves from department stores

Fashion’s inventory problem has become glaringly apparent since the start of the pandemic. Now brands are further distancing themselves from the department store model in an attempt to right their own ships.

Quarterly earnings this week for Ralph Lauren and Capri Holdings showed a common direction among brands. The aim is less inventory, with a new goal of full sell-through of styles; fewer discounts; and a streamlined focus on categories that read as safe bets for the future.

It’s a shift away from department stores’ remaining value propositions, one of which is convenience via an abundance of products. For shoppers not willing to wait for even next-day delivery, there’s the option to run into a department store and find a choice style on a rack stocked with a full size range. But since March, wholesale retailers’ widespread cancellation of orders has further shed light on problems surrounding inventory management processes, which for brands often result in wasted resources and damaging discounts.

For years, department stores have been losing brands out of fear of dilution, due to regular promotions with names like the “3-Day Sale,” the “Memorial Day Sale” and “Friends & Family.” In May, it was reported that two-thirds of products being sold by U.S. department stores online were being offered at a discount, with most of those goods being apparel.

On the Ralph Lauren earnings call for the fiscal first quarter of 2021 on Tuesday, AUR (or average unit retail) was mentioned a total of 16 times by Patrice Louvet, the company’s president and CEO, and Jane Nielsen, COO and CFO. The company’s AUR increased by 25%, owed to strategic price increases, fewer discounts and ramped up discipline around inventory. It was one of the few bright spots reported by the company, which saw total revenue decline by 66% in the quarter and wholesale revenue in North America down by 93%.

A Ralph Lauren spokesperson declined to say what items had seen price increases, but shared that the company reduced the number of promotion days on its site during the quarter by 43 days, compared to the same time last year.

The focus on increasing AUR plays into the brand’s “elevation journey,” which also saw it pulling out of 200 lower-performing stores that had accounted for 5% of its wholesale sales, said Louvet. The stores were spread out across the U.S. and across retail partners, he said, noting that they included stores of Lord & Taylor, which declared bankruptcy early this week.

In the same time period, Capri Holdings also saw total revenue decline by 66%, with wholesale revenue down by 85%, according to its earnings report on Wednesday.

Executives from the company, which owns Michael Kors, Jimmy Choo and Versace, did not state that it had pulled out of any wholesale doors in the quarter or planned to in the future. But John D. Idol, Capri Holdings chairman, CEO and director, said the company’s shipments to wholesale accounts had decreased by 90%, no doubt due to order cancellations. He also highlighted company-wide initiatives to “increase full-price sell-throughs and selectively raise prices, generating higher AURs,” and said that gross margins in the quarter had benefited from a higher mix of direct sales versus wholesale sales.

Nordstrom declined to comment for this story, and Saks Fifth Avenue did not respond to request for comment. Both sell lines by Ralph Lauren and Michael Kors.

Idol said on the call that Michael Kors has been strategically raising prices for the past three quarters and that “historically underpriced” Jimmy Choo will see price increases this fall.

“We’ve seen no resistance when we’ve been taking prices up, so far,” he said, adding: “Customers are really responding more than ever to newness. It’s a little less about what’s on sale, and a whole lot more about what’s new and fresh and what’s going to excite me.”

With brands leaving department stores with minimal product, they lose the convenience factor. And even with a standout curation, they risk losing out to online sales — as any product discovery that takes place in-store often results in seeking out a better deal. Popular concept stores including Opening Ceremony, 10 CorsoComo and Totokaelo have also closed their doors.

What’s more, giving customers an experience worthy of a trip to a store will become more difficult, as brands streamline their assortments to be safe as can be.

Ralph Lauren’s Louvet echoed the sentiment. “Obviously, we’re selling less tuxedos and evening gowns right now,” he said. “And as we look at our investments moving forward, we’re obviously being very close to where the consumer behavior and where the consumer interests are, and making sure that we align perfectly to that.”