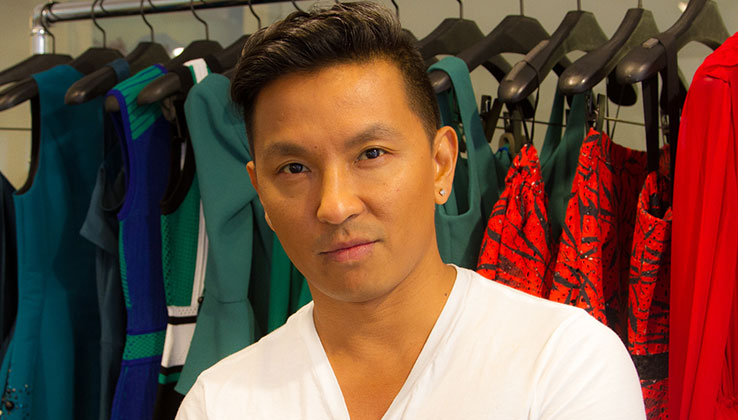 Luxury fashion designer Prabal Gurung is known for being outspoken.

Gurung is frank about elements he dislikes in the fashion industry, saying it’s stuck in its ways and reluctant to evolve. He specifically calls out the lack of diversity for plus size women in particular. He cuts up to a size 22 and has partnered with Lane Bryant for a plus-size collection due to be launched in 2017.

Gurung said in today’s fashion environment one of the most frustrating elements is a “herd mentality.” “Particularly in fashion, the need for validation by others borderlines on desperation and that is one of the most unattractive things.”

Glossy caught up with Gurung to hear his thoughts on how digital media has changed the industry, his creative process behind collections, and his views on the wider fashion industry. Answers lightly edited for clarity.

Do you design clothes with Instagram or video in mind?
The first sketch in itself I don’t. I always look at the fabric first, how it behaves.Then we make it into an item and we get models to walk and sit, and I’m always looking at how it moves. We’re looking for a big picture or video moment and think, “that could be great for Instagram.” Instagram is not a dictating factor for design, but it is an important part of what we think.

How else has social media changed your business?
We have grown our private client business through Instagram [Prabal Gurung has 359,000 followers]. People just see stuff and they reach out, from the Middle East to Russia to China, so it’s completely changed. I like the freedom of choices to do what is right for you.

You have lived all over the world. How does that affect how you design?
I’ve travelled a lot and what that’s taught me is the world, women especially across the globe, they aren’t that different. Every women has the desire to feel beautiful and wants to be heard, from nooks and corners of little tiny villages up in the mountains of Nepal to a city like New York. The women that inspires me and my work is a glamorous, global nomad, who is interested in the world.

What is your most unpopular view of the fashion industry?
In the fashion industry there are a handful of leaders and a lot of followers, there is a bit of a herd mentality, which stems down to lack of intelligence. Sometimes at dinners or social gatherings I find it really frustrating because the conversation doesn’t go beyond B, it starts at A and doesn’t go beyond B. Sometimes it can be two dimensional.