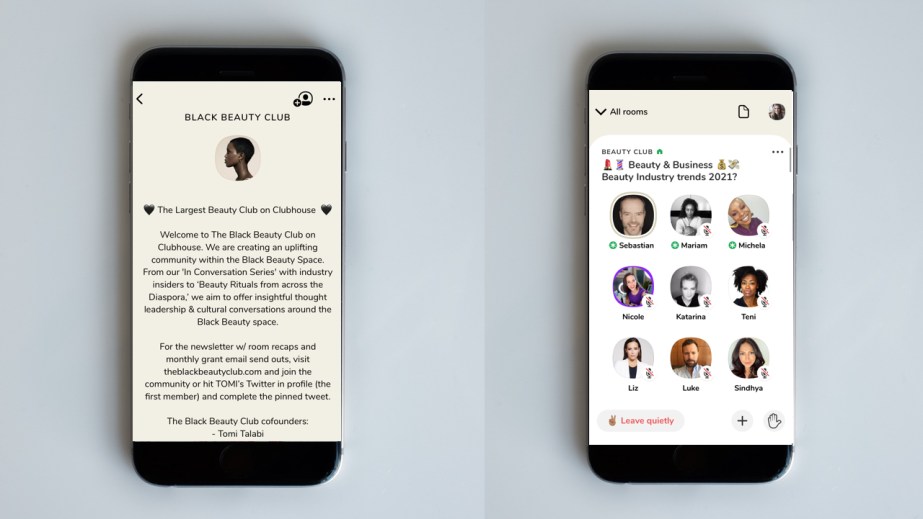 In 2020, Clubhouse emerged as a way for people to connect at a time when they were at their most isolated. The audio chatroom app only just came out of beta last month, becoming open to everyone, even those without invites. It now has more than 2 million active users every week.

While the audience has grown fast and the number of tastemakers and celebrity users is impressive — think: Virgil Abloh and 2 Chainz  — brand participation on the platform has been slow to pick up. Part of that is due to uncertainty around how a company should best make use of the platform.

Jeff Carvalho, co-host of the popular Clubhouse show “Culture Club,” said brands need to understand that you can’t treat Clubhouse in the same way you treat other social media platforms like Instagram.

“I encourage brands to host rooms or clubs, rather than have a brand account,” Carvalho said on Tuesday, speaking at the first event in Glossy’s Glossy U series on The Audio Opportunity. He was joined by fellow “Culture Club” co-host Ben Dietz. “The value isn’t in hearing what the brand has to say. It’s not like on Instagram where the brand has an account and they just post something. It’s a space for conversations.”

Brands have taken various approaches to Clubhouse, from hosting their own rooms, like Cognac brand Martell does, to looking to executives to build an individual presence on the app. Executives who have done this well include New Balance’s senior manager of global collaborations, Joe Grondin, and Abloh from Off-White and Louis Vuitton.

“Culture Club” has built an audience of tens of thousands of Clubhouse users through its far-ranging conversations on everything from fashion to NFTs to combatting anti-Asian racism.

“The nature of audio is more ephemeral than other social media, so you can be a little bit freer with opinions, more candid, not so managed,” said Dietz. “That’s really important, because that’s how the brands of the future will engage with everybody. It’s easier to do that when you can be yourself.”

Watch the full video of the conversation below.