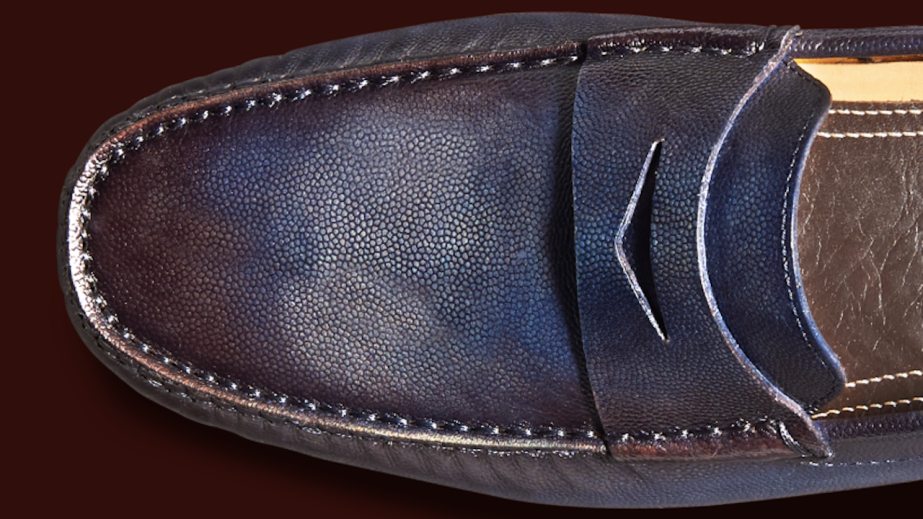 ‘Coming down from the mountain’: How the casualization of fashion is affecting traditional luxury brands

When Bill White founded Scarpe di Bianco in 2009, a brand that makes small batch, handmade Italian leather shoes, “comfort was a four-letter word” in the luxury shoe industry, he said.

The idea of a comfortable dress shoe was oxymoronic in a category that valued traditional, albeit stiff, leather construction. But like many in the high-end fashion industry, Scarpe di Bianco has experienced an increasing trend toward all things comfortable, casual and sporty.

“It was in 2014 or 2015 when we started to see the shift,” said White. “At our trunk shows, people started saying that they loved the shoes, but they really wanted to wear something more comfortable.”

It launched its SPQR line of casual, comfortable, softer shoes in 2015. The line made up 10 percent of the brand’s total revenue the first year, and now it’s 60 percent. Di Bianco’s regular shoes tend to retail for around $1,000 while its SPQR line hovers around $800.

The casualization trend now encompasses suits that are made from performance materials and retailers selling sneakers next high-end Italian leather shoes.

Step-by-step
For Di Bianco, the transition began with design. White said the popularity of sneakers had accustomed men to wider shoes with a softer sole. Di Bianco had to start from scratch with the shoe’s sole and develop new design styles to make something closer to what a casual fashion consumer would be used to.

Once the designers were on board, Di Bianco’s next obstacle was working with its manufacturers. Unsurprisingly, with the Italian shoemakers who have been making shoes the same way for decades or even a century, it took some convincing.

“We generally work with third-generation workshops,” White said. “They’re used to doing things a certain way. At the beginning, they resisted. They kept producing things that were really thick and stiff, which was just the opposite of what we were going for. It really took a while before we were able to get it right with them.”

For a brand that had made its name through high-end leather shoes, Di Bianco then needed to convince and educate its customers as to how the new shoes fit into the brand’s overall line. Since comfortable shoes were a new area for Di Bianco, it had to make sure customers, who tend to be older than the average sneaker-wearing crowd with an average age of between 30 and 50, understood the difference between the sport line and its original lines.

As part of its marketing tactics for the casual shoes, Di Bianco had a cross-section of the shoe’s soft, gel-lined soles on display next to the shoes at its various retail partners like Barneys and Saks (the brand has just under 100 partners total), to highlight that it was a shoe that was designed for comfort.

“We do more photography showing the shoes actually being worn, and showing them being flexible and comfortable, and being worn with jeans and casual wear, and with no socks,” White said of the line’s marketing. “We are trying to educate customers on how to wear the product.”

Since the introduction of its casual line, Scarpe di Bianco has seen a 20 percent increase per year in sales of the casual shoes, though it would not disclose exact sales figures.

Mass casualization
Di Bianco is one of many brands navigating the waters of casualization. But there is a distinction to be made between it and other luxury brands like Gucci or Prada. Those brands have huge factories cranking out thousands of shoes per day. It is not quite as huge a shift for them to add some comfortable styles or sneakers to their catalog. For Di Bianco, which uses workshops with as few as five people, making less than 10 pairs a day, the shift toward casualization is a bigger deal.

“Fashion trends continue to evolve, and one of the most recent growing trends is the casualization of the business work environment,” said David Naumann, vp of marketing for Boston Retail Partners. “Ties are long gone, and suits are dying. The new norm for men’s business footwear is sneakers, and dress shoes are becoming a rarity. Selling more casual products is now a necessity for high-end brands.”

But White doesn’t think dress shoes are going to completely go away.

“I think the pendulum has reached its zenith and we will see the trend come slightly back toward dressier looks soon,” said White. “That might be in the next three years or so. People have been doing streetwear for a bit now, but I think tailoring is going to come back. But it has changed.”

The casualization trend has now penetrated so deep into luxury, that even the most hardcore traditionalists have been affected by it.

“Italian shoemakers have started to come down from the mountain of making fully stiff leather traditional shoes,” White said. “Now, everyone is following this trend.”