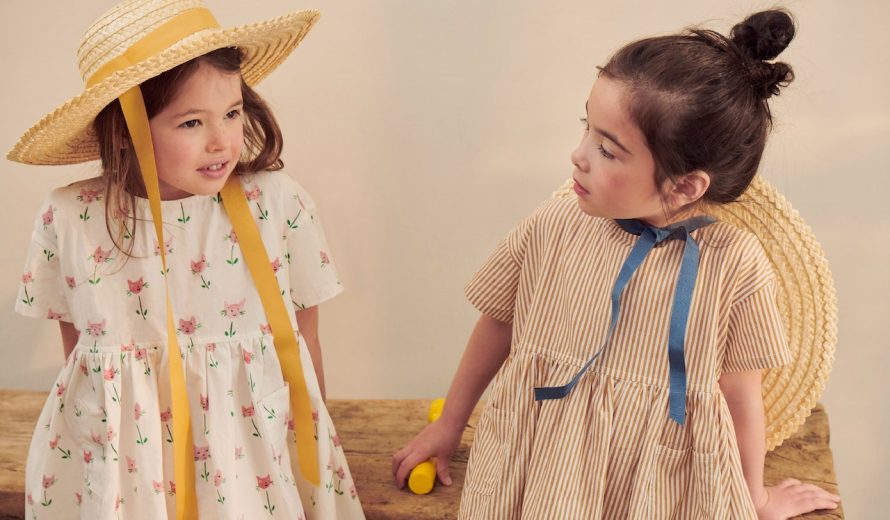 Children’s fashion is growing because ‘your family becomes your brand’

In the past year, there’s been an increase in high-end children’s fashion styles both at specialty retailers like Maisonette and Dopple and more expansive marketplaces like Farfetch. The childrenswear market grew faster than men’s and women’s fashion in the last two years, reaching $252 billion globally and $34 billion in the U.S. last year. And major luxury players from SSENSE to Fear of God have launched children’s apparel in the last six months.

There’s a simple explanation, according to Maisonette co-founder Sylvana Durrett: Children are increasingly a part of the consumer’s social media brand. While kids may be content to wear the same Spider-Man shirt five days a week, a healthy Instagram presence for parents means their kids need to be dressed just as chic for online posts.

The pandemic drove more people to their phones for socialization purposes, and with schools closed, more kids were at home. Combined, these factors led to growth in posting pics of kids online. The #MommyAndMe hashtag, often paired with matchy mom-and-kid looks — a popular trend even pre-pandemic — was posted over 5 million times on Instagram in 2020.

Brands that want to cater to those millennial parents have two choices: test the category with a retailer like Maisonette, which buys children’s apparel via a traditional wholesale model, or dive in with a collection sold through its usual channels.

“There’s been a ton of interest from high-end brands,” Durrett said. “Basically every major fashion brand is coming out with a children’s line now. It’s just continuing to grow, especially if you look at places like Farfetch. Your family becomes your brand online, and that’s driving a lot of it.”

While Maisonette has a number of big European luxury brands, like Givenchy, on its marketplace, Durrett said that Maisonette does most of its business with mid-size brands like Tanya Taylor, which launched its first children’s line in March on its direct channels and Maisonette. Maisonette doubled its number of customers and tripled revenue over the course of 2020, thanks in part to the flood of brands like Tanya Taylor launching into the category. Other brands it’s picked up in the last year include Givenchy, Veja and Dagne Dover. Durrett characterized the last year as bringing “a dramatic increase” in interest, especially from brands that don’t already have children’s lines. Maisonette offers advice and guidance, using the aggregated data it’s collected from sales of other brands, to advise those brands on how best to enter the category.

“We put a lot of emphasis on exclusive product,” said Maisonette co-founder Luisana Mendoza de Roccia. “That’s how we tend to approach a lot of brands, especially ones that will be new to the category. It’s a great opportunity for them to test the market and dip their toes in before they commit.”

But other brands have opted to leverage their own channels. California-based apparel brand PacSun is launching a gender-free kids category in July, catering to children ages 4-14.

Brie Olson, chief brand officer at PacSun, said the collection will be sold primarily through its own online channel and store, though it will also be sold at Nordstrom. PacSun doubled its sales over 2020 and grew its TikTok account to nearly 700,000 followers in less than one year.

“PacSun Kids is something we’ve been thinking about for a long time,” Olson said. “The brand, at its core, is targeting 16- to 24-year-olds, but now that we’ve solidified our positioning there, we felt we were in a strong enough position to segment into other areas.”

Brands that have recently launched kids’ lines are mostly advertising them through social media. SSENSE made a series of a dozen posts over the course of the last week for its fall 2021 launch of children’s fashion, each earning 8,000 -14,000 likes from its 1 million followers. Many of those comments were complaints that the Fear of God kids drop had sold out in seconds.