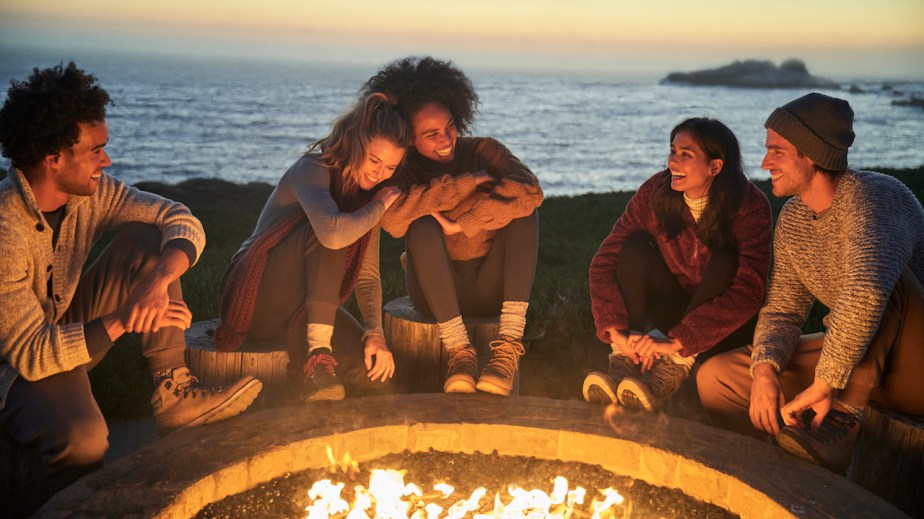 ‘Checking the boxes’: Brands are using the DTC playbook as a lifeline

Today, fashion shoppers want to support sustainable, inclusive brands with a community and a cause — bonus if they have a wellness slant or an experiential component. So fashion companies across the board are scrambling to update their business models accordingly. Authenticity be damned.

On Thursday, 40-year-old retailer Express introduced UpWest, a digitally native brand that’s essentially everything Express is not: It’s digitally native, purpose-driven and centered on a distinct lifestyle, with product categories spanning apparel, wellness and home goods. Each is aimed at providing comfort, whether for the mind, body or spirit.

For Express, formerly owned by L Brands, UpWest reads like a do-over as it struggles to evolve past its mall-brand reputation, despite attempts at new concepts and recent, high-profile influencer collaborations. Its revenue for the second quarter of 2019, reported on August 28, was down 4.2% year-over-year, and in January, CEO David Kornberg abruptly left the company after four years.

UpWest follows an increasingly popular new-brand playbook centered on tapping data-derived consumer behavior and finding white space. CEO Jamie Schisler, whose technical title is chief comfort officer, said the company’s development was a three-step process. Bringing it to market quickly, it seems, was a non-negotiable, with the push coming at about the time Kornberg and Express parted ways.

“First, we decided the world doesn’t need another brand, so we asked what the world does need — and we decided to approach it as being a problem solver, versus a product company,” said Schisler. He hired creative agency Wednesday, which used social listening, finding that the common themes among 23 to 33 years olds, the demographic of parent company Express, were stress-related. Sub-themes were JOMO, or “joy of missing out” and embracing one’s home as an escape.

The next step was doing a “competitive sweep” of brands tackling stress, which proved to have a narrow focus, like weighted blankets or CBD oil, said Schisler. The takeaway was to instead tackle a broader lifestyle brand with comfort as the driving force behind everything, from the product to the user experience, to the focus on sustainability to the addition of a charitable component, making conscious consumers comfortable shopping the brand.

The final step was more research on the target customer via surveys and one-on-one interviews.

Schisler stressed that UpWest works independently from Express, only leaning on the parent company for backend support — much like Modcloth to Walmart and Intermix to Gap. The 12-person UpWest team works in a separate office, allowing it to “be a startup.”

Ten of UpWest’s members are from outside of Express. (Schisler, who reports to Express’s newly appointed CEO, Tim Baxter, has been with the company for more than 15 years.)

Luke Oppliger, formerly head of creative media at creative agency Empower, was hired to head up marketing and creative. To manage the website’s functionality and design, Schisler linked with the agency that developed the sites of direct-to-consumer companies Untuckit and Faherty. Azione, which works with Away and ThirdLove, is doing the PR.

“Stores aren’t dead, but the mainstream shopping mall is dying,” said Schisler. “I’ve learned the importance of brand focus and of evolution. We’re setting ourselves up to evolve.”

Schisler said experiential, “feel-good” stores are in the cards for UpWest, with the company using pop-ups to test markets and waiting to sign any long-term leases. Collaborations are also in the plans, like a collection supporting Earth Day or a collaboration supporting mental health awareness.

To get the company off the ground, UpWest will host an experiential tour via a 400-square-foot tiny house modeled after a cabin that will make stops in five cities, including Austin and Chicago. Brand videos will also run on Instagram and Facebook, and TV streaming services Hulu and Teads. An influencer and press party will be held in New York City to drive to the site. Express will not be cross-promoting the brand.

All of UpWest’s styles are prices under $200, and — true to DTC brand form — the goal is to avoid sales promotions, said head merchant Lindy Deal. In the home, beauty and wellness categories, select third-party brands — including those selling crystals and jade rollers — will be sold on the UpWest site. Deal said she and the design team joined the company in March and were under the gun to complete the collection for the November launch. Product drops will start every two months, with a goal of moving to monthly.

From wholesale to exclusively direct
On Oct. 28, Veronica Chou launched Everybody & Everyone, a data-driven fashion brand centered on body positivity, inclusivity and sustainability, with its website serving as a “lifestyle hub” featuring, among other content, profiles of impactful women.

Indeed, she has a founder’s story of coming up with the company’s concept while trekking through the highest peaks of Nepal.

“We’ve done data marketing research, and we are looking at the trends,” she said. “We try to check all the boxes.”

Chou’s work experience is largely with wholesale brands. She invested in and grew the Karl Lagerfeld brand, plus, as founder and president of Iconix China, she launched companies including Ed Hardy and Joe Boxer in the Chinese market. Her father is Silas Chou, owner of Tommy Hilfiger and former owner of Michael Kors.

Veronica Chou said, for her company, wholesale partners are of no interest, though she eventually wants to open Everybody & Everyone stores. The brand launched exclusively online.

Evolving versus flipping a switch
On Thursday, 57-year-old luxury knitwear company St. John introduced a full rebrand with the rollout of a capsule collection by its new creative director, Zoe Turner. Though the rebrand hits on many of retail’s current buzzwords, CEO Eran Cohen stressed that remaining true to longstanding values was the main driver.

“We’re not trying to create a story,” said Cohen. “Words like “craftsmanship’ are trendy right now — they’re catchphrases — but when we use them, we’re talking about how we’ve always produced product. New conversations in retail are opening every day, and it’s important that we’re aware of them and pay attention. But being a socially responsible brand is different than checking a box.”