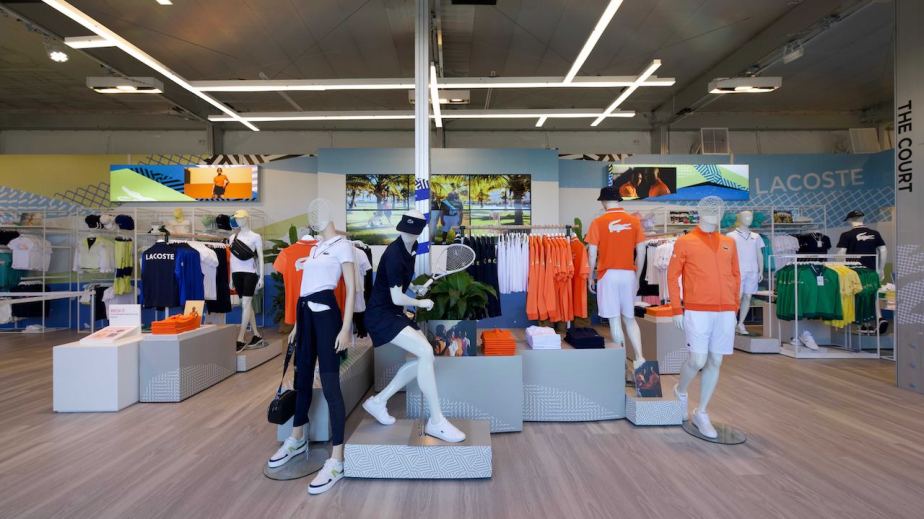 Until recently, Robert Aldrich, North American CEO of tennis sportswear brand Lacoste, had his reservations about physical retail. The explosive growth of e-commerce, plus the headwinds around the pandemic, had the executive and the rest of the company wondering if brick-and-mortar was still a good bet.

But now, Aldrich said Lacoste is doubling down on brick-and-mortar retail. Lacoste has a new flagship store, pop-ups and two big renovations planned in the next year. That includes the largest Lacoste store in the world, which is currently being built in Paris and set to open this spring. Lacoste’s parent company, Maus Freres, made more than $5 billion in the first year of the pandemic, with 60% of that coming from Lacoste, its largest brand.

The new investments won’t be cheap. The company already has more than 70 global stores, some of them in the most expensive areas of their local markets like Champs-Élysées in Paris and SoHo in New York City. But Aldrich said Lacoste’s brick-and-mortar stores have been profitable and have increased e-commerce sales in the markets where they’re located, giving him the confidence to keep investing.

Glossy spoke with Aldrich about Lacoste’s retail plans, prioritization of customization and investments in brick-and-mortar.

Is brick-and-mortar still an important part of your business?
“Definitely. And I don’t see that waning at all. We’ve invested heavily in our physical network, both our stores and healthy wholesale business. We’ve got two very important stores being renovated right now, one in Atlanta and the other in Miami. The Miami store, in the Aventura Mall, is moving to a newer part of the mall later this year and will probably double in size.

These are not inexpensive projects for us. But they signal for us that the store experience is very important.

We’re opening a new Champs-Élysées boutique later this year, timed around one of the tennis tournaments we sponsor, and that’s going to be the biggest Lacoste store in the world when it opens.”

Are you doing anything different with these stores? Is the strategy changing?
“One of the big new things we’re doing is offering customization [in the form of patches, embroidery, color and material selection, etc]. We reopened our Broadway store in SoHo around a year ago, and it came with a whole new customization element. And that will also be present at our Miami Aventura store when the renovations are done. People like personalizing their purchases, so that’s going to be something that will be present in our big stores.

At our smaller or short-term stores, like our pop-up in Miami right now, we’ll do some light customization — things like heat stamps, things that can be done quickly. And then the large stores will be for more involved customization.”

What about more pop-ups, beyond the current one in Miami?
“Besides our Miami Open pop-up, we’re doing something similar at UNKNWN, a specialty sports store in Miami. We took over this basketball court they have there and turned it into two tennis courts. Last year, we had a long-running pop-up for most of 2021 with Bruno Mars’ Ricky Regal [also hosted at UNKNWN].

The other incredibly valuable thing about retail is that it’s marketing, too. It energizes the brand in the market where it’s located. We had a pop-up in Los Angeles last year and that led to a measurable spike in online sales in LA for us.”