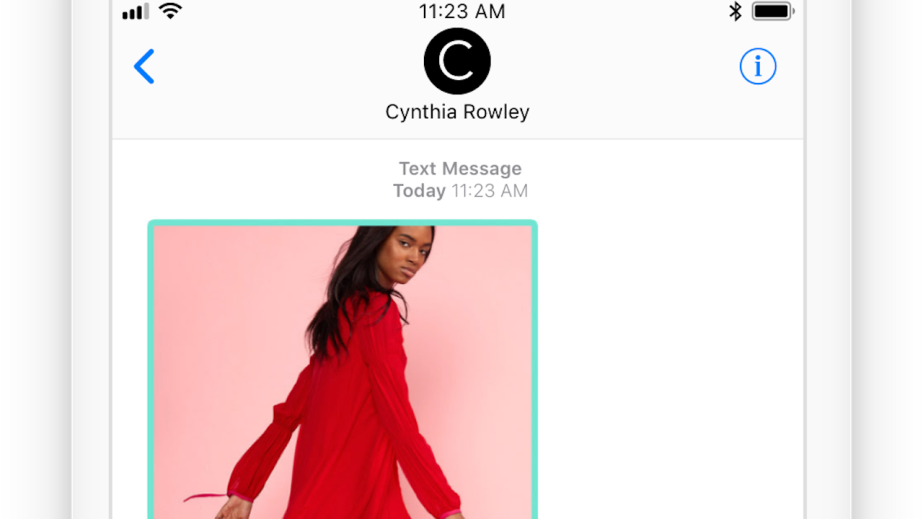 ‘Brands need to be in the business of attention arbitrage’: Why conversational commerce is catching on

Apps had their run — but brands’ answer to a strong customer touchpoint on mobile is now SMS.

As more fashion and beauty companies aim to meet customers where they are, fewer are asking shoppers to go out of their way to download an app. To connect with customers on mobile, where they’re increasingly spending their time, brands are instead getting creative with text messaging.

Depending on the brand, texting is now a channel for selling, marketing and assisting customers. Brands are reporting good engagement now, but future success through text depends on consumer tolerance as more brands get ahold of their digits.

“Yes, brands need to be where customers are, but more importantly, they need to be in the business of attention arbitrage — to be where customers are and where other brands are not,” said Syama Meagher, chief retail strategist at Scaling Retail. “We have a while to go before customers start opting out of text messages. There is an entire strategy of segmentation, messaging and testing the acquisition cost for text messaging strategies that have yet to be tapped. We are just getting started here.”

The U.S. seems to be taking China’s lead. Conversational commerce has taken off in China, thanks to WeChat, which sees more than 1 billion monthly users, according to Statista. The “super-app,” as it’s widely been described, is a consumer go-to for messaging, shopping and making payments. Brands can launch mini-programs, which are like apps within the app, allowing them to tap into the user base with timely initiatives including promotions. In 2018, the app reportedly hosted 1 billion daily transactions.

In the last four years, many brands have successfully built businesses selling primarily through text messaging. One example is direct-to-consumer wellness beverage brand Dirty Lemon, launched in 2015. As of December, it had sold 2 million bottles of its product and doubled revenue year-over-year for the prior three years. Currently, 90% of Dirty Lemon orders are placed via text, and more than 150,000 customers use the platform, according to the company.

Zak Normandin, founder and CEO of Dirty Lemon parent company Iris Nova said the brand’s success on text has been due to the fact that it started there.

“It’s not an easy channel to pursue, and it’s going to be extremely difficult for brands, especially established brands, to use text message effectively at scale,” he said. “We’ve built an operational infrastructure to support the sale and distribution of beverages through text message at scale. It wasn’t built just for marketing, but it’s to enhance the entire customer experience and provide the most seamless process possible.”

In late June, Iris Nova announced it will be investing in and distributing 12 emerging beverage brands on its SMS-based platform by the end of the year, starting this month. Customers will soon be able to shop a portfolio of beverage brands through a unique phone number.

PopSugar announced its own text-based commerce play, Must Have It, in 2017, driven by the fact that 80% of the site traffic is on mobile. Regularly, those who sign up for the service receive an advertiser’s deal on a product, labeled an “editor’s obsession.” If they want to purchase it, they respond with “yes,” and the item gets sent to them with free shipping within five days.

Chris George, Popsugar’s evp of product marketing and sales strategy, said the company has seen a clear uptick in interest from CPG and beauty brands interested in selling or sampling through Must Have It, and the service has seen 84% year-over-year growth of customer acquisition. “We are believers in text-to-buy as the friction is greatly reduced, and we know that ease of use is critical to e-commerce success,” he said.

In May 2018, Walmart’s retail incubator kicked off Jetblack, an on-demand, subscription-based e-commerce program that operates on text. Today, according to the company, members are ordering more than 10 items a week and spending $1,500 a month, on average. More than two-thirds of members engage with the service at least once per week. They can, for example, text Jetblack concierge a shopping list and have items delivered to a travel destination, with select items gift-wrapped, on the same or next day.

Founder and CEO Jenny Fleiss expects conversational commerce to change how people shop, especially as it answers consumer demand for more free time and more personalized, curated recommendations from retailers. “The technology we’re testing will have a profound impact on how millions of customers may shop five years from now,” she said.

Outside of using text specifically for selling, brands like Wander Beauty and Supergoop are increasingly adding text messaging to their marketing mix. Fashion brand Cynthia Rowley, started using text about a year ago when the brand noticed it was increasingly acquiring “young customers who don’t read emails and prefer text messages,” said Cynthia Rowley’s president, Allie Egan. Its core customer is still 25-to 45 years old, but more than a quarter of its engaged Instagram followers are 18 to 24. The company linked with mobile marketing platform Attentive to facilitate an easy process — Cynthia Rowley sends its email content to Attentive, and Attentive repurposes it for text.

Since November, Cynthia Rowley’s text subscriber base has grown more than 200% — it’s currently about 25% of the size of its email subscriber list, but the group generates about the same revenue. So far this year, the company’s texts have driven $1 million in sales. Most people sign up for both email and text when prompted on the site, said Egan. Offering notifications when a style is back in stock or when a pre-order starts has helped drive up the subscriber list. Cynthia Rowley pays Attentive a monthly fee plus a variable fee based on messages sent.

Cynthia Rowley sends texts on its email schedule, which is about three times per week — they often point to trends, sometimes a promotion. In addition, shoppers get personalized texts based on their site and purchase activity. So far, the unsubscribe rate for texts is lower than email, said Egan.

She plans to test tactics like geo-targeting and offering loyalty-style perks to text subscribers. Though subscribers can text back, Egan has paid more attention to ROI and open rates (which are “falsely high,” at nearly 100%, as “nobody wants a bunch of unread texts”) than comments, she said. And she hasn’t considered using text as a crowdsourcing tool.

“We’re trying to be platform agnostic,” said Egan. Cynthia Rowley’s not on Snapchat, and it has minimal presence on Twitter. Instagram is the main focus, and Egan is placing more focus on Pinterest.  “We want to be present on all the channels people are present on, but we also have to be realistic with ourselves. What we care most about is that we’re not just generating crap content — that it’s actually something people find engaging.”

Brian Long, Attentive’s CEO, said fashion and beauty are the company’s biggest categories, and different clients are using text for different marketing initiatives. For example, Kendra Scott uses it to promote its best-selling styles, Magnolia uses it for geotargeting, Opening Ceremony uses it to hype product launches, and Dolls Kill uses it to remind shoppers when they’ve left items in their online cart.

“How we screwed up email is that brands overall said, ‘I’m going to opt-in everyone I possibly can, and I’m not going to get their consent.’ There are laws, but they’re not enforced, so people are sending tons of email and at no cost to them,” he said. “There’s an incredible saturation, and it’s degraded the value of the channel. Text, on the other hand, requires an active opt-in, and there’s a fee. Plus, the two-way nature of the channel is exciting; it has big implications for the future of marketing.”

Laura Noonan, Heyday’s director of strategy, said that’s involved figuring out the capabilities text offers, seeing how clients respond to receiving texts and observing how skin therapists, or facialists, respond to using the opportunity to communicate with clients on the platform. It’s also entailed looking at the needs in the marketplace, with offerings like text-for-an-appointment and consultations with skin therapists being tested.

The company started considering mobile messaging when it discovered 50% of clients were answering their post-appointment surveys on their phones. At the same time, it’s been working toward a more omnichannel approach to doing business.

So far, none of the tests have been automated — Noonan said she wanted to first see their outcomes before investing in an automated process. But using text to service clients has proven valuable, she said.

“This is part of our growth and something that we would need to do in order to stay relevant in today’s world,” said Noonona.  “You have to integrate technology in the way you interact with your clients. Heyday needs to evolve to ensure we’re providing expert information and a personalized experience to our clients. There are big opportunities here.”

The way Heyday plans to avoid becoming clutter in a feed, she said, is ensuring each text answers a client need and never reads as trash.