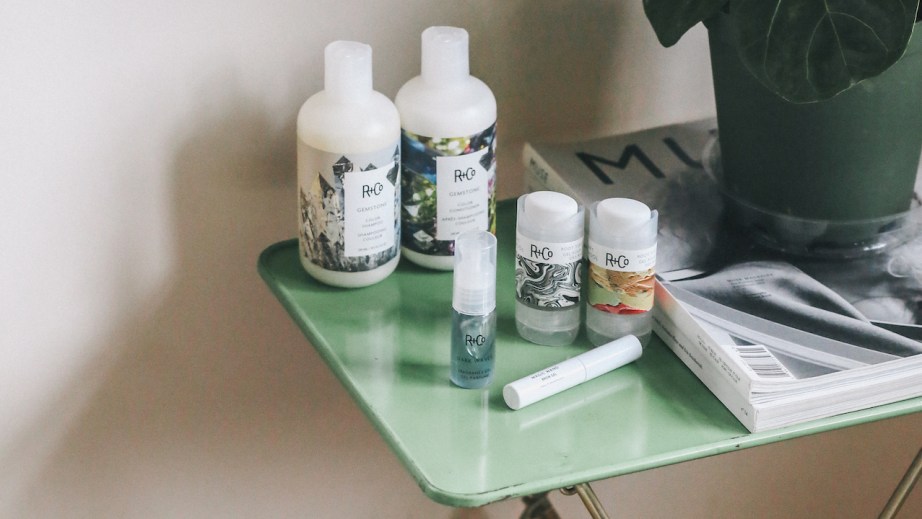 Brands are bringing customers into the fold

At the Glossy Summit in Miami this week — focused on the future of fashion and luxury — main-stage speakers repeatedly pointed to the way they’re integrating their shoppers into processes from product development to marketing. Building consumers’ trust and speaking their language is crucial, so brands are allowing them to help shape their businesses.

Rhone co-founder and CEO Nate Checketts and Sarah Flint, founder and CEO of her namesake shoe company, spoke about the crucial role of their wear testers — select customers who give styles a trial run and provide feedback before they’re sold.

And a larger trend was the concept of a collective, which brands are approaching in different strategic ways.

For prestige hair-care brand R+Co, the collective is at the center of the business. President Dan Langer said the concept for the brand, launched in 2014, was to make a group of top hairdressers an authentic part of the brand by bringing them into the decision-making processes, for decisions across the board.

“There’s ownership. They’re participating, they’re sharing their perspective, and they’re creating,” he said. “Up until we launched, the beauty brands that had acclaim had a singular focus; they were integrating one artist’s perspective. No one can be the best at everything, so we wanted to create a brand focused on a collective understanding, a superbrand. We saw the best way to do that was to get the best people in the industry together in a room to debate what the brand’s products and education should be.”

That collective is ever-evolving. It includes some permanent members, all based in the U.S., as well as international hairdressers.

President Shira Suveyke talked about the Shopbop Collective, a group of influencers the company works with on a long-term — typically one-year — basis. They shape the communication of Shopbop’s big launches and initiatives, posting about each on their own social channels. Shopbop takes a hands-off approach, allowing the influencers to choose what they want to wear and tell the story in their own way.

Most are macro-influencers, like Arielle Charnas of Something Navy, but there is a micro-influencer with 30,000 followers in the mix.

“With them consistently talking about Shopbop and our team building that relationship with those influencers, it has a huge added value above and beyond what we’re paying them,” said Suveyke. “It’s worked super well, because a lot of influencers, as they become more sophisticated in driving their own business, are not looking for one-and-done relationships.”

She said there is a downside in that it takes a lot of human capital to pull it off. “These are not just email relationships: ‘Show up here, and wear this.’ They really need to be nurtured, and it is time-consuming for the team working on it. We find that the time yields a lot of rewards, but it’s definitely something you have to consider.”

Finally, Lauren Wilner, Macy’s vp of business development, gave an update on the company’s “collective” concept, called Macy’s Style Crew. It started in late 2017 with 20 associates serving as influencers. Today, there are more than 2,000 associates in the program.

In short, the associates take photos and create videos, and load them into a dedicated portal allowing them to tag products available on macys.com and make them shoppable. They then post the content on their own social media accounts, and at the same time, the posts go live on Macy’s website, at macys.com/stylecrew. Style Crew members are incentivized with gifted product, invites to events and early access to various activations, with many based on their location and the relevance of the activation to their content. So far, the Crew has created 3,500 videos and 1,000 photos, and there are 20,000 posts across social channels tagged with #MacysStyleCrew.

“They post what’s relevant to them, and it makes for a wide range of diverse content,” said Wilner. “It’s really creating this one-to-one dialog with the customer, and it’s creating brand loyalty.”

Wilner said, in the near future, Style Crew members are set to be featured in Macy’s campaigns.

3 Questions With Deirdre Findlay, CMO of Stitch Fix
In May of last year, Stitch Fix announced Deirdre Findlay as its first CMO in four years and first since going public in late 2017. At the Glossy Summit, Findlay, who worked at Google prior to her role, shared her plans to evolve the brand, including the steps she’s taken to date.

What was your first order of business as CMO?
One of the first conversations I had with [founder and CEO] Katrina Lake was about this need to evolve Stitch Fix past the functional and the rationale of explaining what Stitch Fix is and how it works, which was important when we created this category eight years ago. Instead, it was about really leaning into what makes us special. A lot of people are claiming to do exactly what we do, and we need to further differentiate the brand and the business. The best way to do that was with an integrated brand moment, but in a way that felt really true to who we are: We are a personal styling service that aims to help you discover products and brands you love, and we’re very inclusive. The question was: How do you communicate the breadth of the offering — we offer men’s, women’s, kids’, plus and husky  — as well as the magic that happens when Stitch Fix can help you in all of life’s everyday moments? That motivated the first integrated brand campaign, which debuted in February.

What’s your marketing mix now?
We have a pretty broad mix. I believe in the power of full-funnel marketing, really thinking about what we need, all the way from building brand and awareness, to driving understanding, and all the way through to conversion. To do that the best way possible, you need to lean into all the channels. We definitely rely heavily on Facebook, Instagram and Google to meet our needs from a growth and performance marketing standpoint. But we’re seeing the same pressures as other brands around CACs going up and the return on ad spend being challenged, and so it’s really forcing us to think about how to balance the mix more thoughtfully. Brand plays a really interesting role in that process. Through the brand, we’re leaning into new channels, like TV and out of home, and radio’s been really successful for us to deliver that message. What we’ve found is that when we lean into the brand and think about channels a bit differently, it lifts all boats. It makes our performance marketing even more efficient.

Now that Stitch Fix’s concept is well-known, are there other misconceptions about the company you’re sorting through?
There’s a big misconception that our clients don’t care about fashion, and that is not true. The psychographics of our client is: They’re time-starved. They just don’t have time to sort through the millions of options out there. And we want to make that easy by delivering styles they love and that fit their profile, and also helping them find clothes that fit. They’re also people looking for help. They’re going through transition — maybe it’s a new job, or maybe they’re pregnant. We are usually the second person to find out a client is pregnant after their spouse.

Overheard at the Glossy Summit
Brands discussed the challenges of entering the Chinese market.

“We’ve been talking to a consultant about entering China, and the challenge there — tariffs aside — is that they’re not interested in anything that’s not made in The U.S. But there’s definitely the sourcing pressure is to take production and manufacturing outside of the U.S., so there’s a conflict there. Overall, I’d encourage people to work with a consultant rather than go it alone, because it is such a tricky landscape to navigate without guidance and, frankly, knowing which palms to grease.”

“We had an office in China for a while, but what we found is that — because we’re fast fashion — they can do it faster and cheaper, so it was not a landscape we felt we could be competitive in. We ended up closing our office in China and just selling through the website. We can ship to them, and we give them a fairly basic delivery proposition and just do what we can — but it really didn’t make sense for us to have that presence.”

“We’re a single-site business. We don’t sell directly in China, but we do have an e-commerce offering. With a business as big as ours, the Chinese customer is so fundamental. Once you’re in that market and you have so much revenue driven by that marker, there is no opportunity to ignore or pretend that market doesn’t need constant sustaining ad constant marketing and constant innovation to drive the interest and continue that revenue coming into a business. Be conscious that it’s not a short-term thing. You have to maintain that over a long period of time and make sure that you have the facility to do so.”

“Last year, we introduced our brand digitally in China, but we weren’t really selling anything. We were available at Farfetch, but in terms of being able to buy on WeChat and have those easy touch points, it was a struggle for us. We wanted to get brand awareness out there — obviously, that’s an important part of entering a new market — but one of our biggest challenges was the fact that we didn’t have product readily available. It takes so much time and so much effort — it’s really difficult to actually bring your products over there. Learning about everything involved has been an eye-opening experience. Our core recommendation is that if you’re going to launch, make sure you have your products available hand-in-hand or shortly after, so you can really hype up that brand awareness. People just want to buy things, and they want to have a seamless experience. If they can’t get that, then it’s going to be harder to make them interested in the brand.”

How Naadam is subtracting risk from its physical retail expansion
“Best-case scenario is we open up five or six stores, and I’m not shelling out millions and millions of dollars to do it. I’m focused on things I’m good at.”

‘It’s Black Friday on steroids’: Why Fabletics is hosting pop-ups at cheer competitions
Across eight cheer events, attended by 200,000 total people, Fabletics earned more than $500,000 in revenue and signed on more than 5,000 new members. Those members are proving to have a lifetime value comparable to that of members who sign on in Fabletics retail stores.

A DTC fashion brand is making 99 sizes to cater to more women
“Newer brands that are launching today see what is going on in the market, and they are being smart about it. The trend of even calling a range plus-size, that’s something that is also going to go by the wayside. It’s just going to be the range of sizes, versus specifically calling out a plus-size range.”