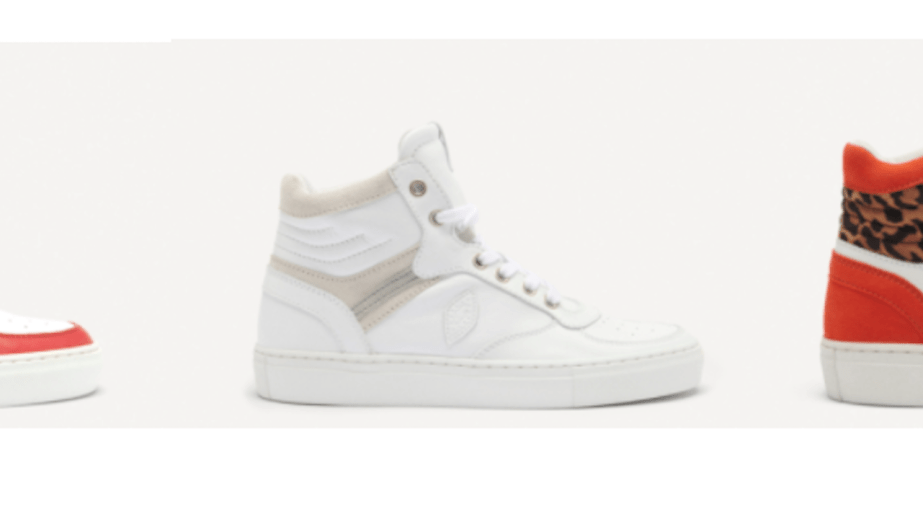 French luxury brand Ba&sh is known for its chic Parisian style, but on Wednesday, the brand added a new category to its product mix: sneakers.

The Crush is the brand’s first sneaker, but rather than go with a thin plimsoll or minimalist tennis shoe, Ba&sh opted for a style modeled off of chunky urban silhouettes from the ’90s, most notably the iconic Jordan One. CEO Pierre-Arnaud Grenade said launching into sneakers was a way for the brand to target Gen Z, an important demographic for Ba&sh’s future. Its customer base is wide, but it tends toward women in their 20s and 30s. Sneakers are an $80 billion business as of last year, and the majority of consumers on resale platforms like StockX and Goat are under age 25.

On top of launching into a new category, the brand is promoting the shoe in a new way. Ba&sh partnered with Snapchat on a new augmented reality-powered filter that lets customers virtually try-on shoes before purchasing them. Grenade said this feature is available on any consumer’s smartphone and is being promoted along with the sneakers on all of the brand’s social channels and through Snapchat ads. The virtual try-on feature can also be provided by sales associates at one of Ba&sh’s more than 200 stores. After virtually trying on the shoes in-store, customers would have to order the shoes online, since they are not carried in stores.

The virtual try-on is meant to help ease existing customers into a new category that may be unfamiliar. It offers them a chance to see how the shoes look when worn before buying them, while also tapping into Snapchat’s vast Gen-Z audience. Snap has claimed that it reaches 90% of all 13- to 24-year-olds in the U.S.

“One of the biggest problems facing apparel e-commerce is low conversion rates,” said Raghav Sharma, co-founder of AR fitting room tech company Perfitly and an expert on augmented reality. “Part of this is shoppers’ hesitancy to try out new brands, fits and styles because they just cannot picture themselves in something new. AR and fit visualization solutions can help bridge this gap and drive conversion and sales upward. This reinforcement can go a long way to clinch a purchase, and [results in] a lower chance of a return or an abandoned cart.”

While Ba&sh’s sneaker launch is an attempt to get more traction with Gen Z, Grenade said the goal isn’t to compete directly with brands like Nike or Adidas, both of which have dabbled in virtual try-on before. The sneakers’ price, construction and colorways are all meant to position it as a competitor with other sneakers from high-fashion brands like Gucci. They’re $295, hand-made of leather in Portugal and feature muted shades.

“We believe it’s a fashion product, not a sports product,” Grenade said.

But Ba&sh did make one notable move that closely mirrors the strategies of Nike and Adidas. Its initial release of the style’s three colorways is limited. Grenade declined to say exactly how large the first run is, only sharing that the order was “conservative.” To balance that, the brand did a digital raffle 24 hours prior to release, hosted on its e-commerce site, to determine which consumers had first dibs on purchasing them.

The sneaker raffle is a well-known process for the dedicated sneakerhead and one that Grenade hopes can bring a sense of exclusivity to the launch. But he also said the production team is “remaining agile.” The time to market is three months, so if demand is high, the brand can produce another run quickly.

Ba&sh is in expansion mode. Grenade said he wants to make sneakers a permanent part of the brand, and more sneakers are to come. LVMH-affiliated private equity firm L Catterton took a 50% stake in the company in 2015, and 2019 saw the brand quadruple its revenue to more than $250 million. It’s now looking for places to channel that energy. Product expansion is one area of focus, along with continuing to open more physical stores, particularly in China.

“Gen Z is going to dominate the market in the future,” Grenade said. “We don’t want to attract younger consumers just for the sake of going younger. We want to attract them now, so that as they grow, they can continue to be a Ba&sh customer for a long time.”