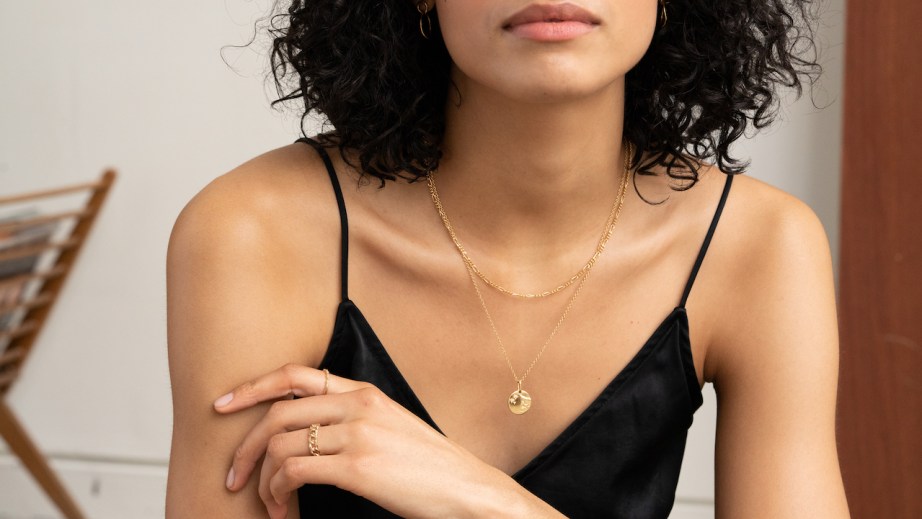 Now in its fifth year of business, fine jewelry company Mejuri has hit a turning point many digitally native brands face: Growth has been good and there’s a strong customer following, but in order to grow faster and further, the brand needs to expand into permanent physical retail to reach a new group of shoppers.

Mejuri is hoping to use its latest round of funding to make that expansion happen. At the end of April, Mejuri secured an additional $23 million in Series B round funding, which comes on top of a previously raised $1 million in 2016 and another $5 million in the summer of 2018, rounding out to over $29 million.

“The company is set to disrupt the industry through processes which are so important to the modern consumer, like sourcing from conflict-free and socially responsible diamond suppliers and maintaining affordable prices to serve a consumer who is buying for herself and her friends,” said Natalie Massenet, founder of venture capital fund Imaginary, one of the Series B investors.

With the new major influx of capital, Mejuri co-founder and CEO Noura Sakkijha said she is mainly focused on expanding the brand offline, as well as internationally. The brand currently ships in the U.S., Canada and 33 other countries. Mejuri currently has two physical showrooms, one in New York and one in Toronto, where shoppers can go and try on any of the products and place an order that will ship as early as next day for in-stock items, but no traditional retail locations where consumers can walk around and really get to know the brand. The brand is looking to open in more major cities including spot where it has previously opened pop-ups like Chicago and Vancouver.

“With the new raise, focus will go toward creating more engaging offline experiences, expanding internationally in key markets, and taking our customer experience to the next level, in our current showrooms and future spaces,” Sakkijha said. “We’re continuously finding new ways to engage with our community at large and to go above and beyond their expectations. Our goal has always been to break the barriers between our customers and what has traditionally been seen as an exclusive and occasional industry.”

The move into permanent retail locations is one that many digitally native fashion brands, from Everlane to Allbrids, have tackled, as they’ve continued to grow and search for new customers. David Eisenman, co-founder and CEO of creative agency Madwell, said he sees it as evidence that the all-digital model just simply isn’t an effective model for many of these businesses.

“What we are seeing is really an evolution of a model that is not working well from a scale standpoint and a profit standpoint, because for a lot of these brands, the cost per acquisition to drive sales online heavily outweighs what they are going to be selling these products for,” said Eisenman.

For Mejuri, growth hasn’t necessarily been a problem. Before securing this latest round of funding, Mejuri was able to quadruple its revenue in 2018. It’s managed that same pace of growth for the last for years, owed in part to the brand’s drop model, where new pieces of jewelry are launched weekly to keep customers coming back for more. Those can sell out within 24 hours, and the brand has seen over 70,000 women on waitlists since launch. To date, Mejuri has launched over 1,500 designs.

The brand declined to share specific revenue numbers, but said it is on track for similar growth in 2019.

A big challenge for many DTC brands is competition, Eisenman said. As one brands breaks into the direct-to-consumer space and finds success, more follow. “As you start searching for one or two of these brands, your Instagram and Facebook feeds will start to be filled with tons of DTC jewelry brands that are popping up left and right,” he said.

Regardless, Mejuri has managed to grow to 422,000-plus Instagram followers, and 30% of its monthly customers are repeat customers. Mejuri relies mostly on word of mouth from its young millennial customers to spread the brand’s messaging that it’s a company selling delicate, fine jewelry that women can buy for themselves. Seventy percent of shoppers are women between the ages of 18 and 34.

“We plan to spend more resources on brand awareness campaigns and more traditional forms of advertising. Showroom expansion is also a major example of how we’ll grow customer acquisition. Our showrooms are regularly used for community building via piercing parties, styling sessions, panels, the list goes on,” said Sakkijha.