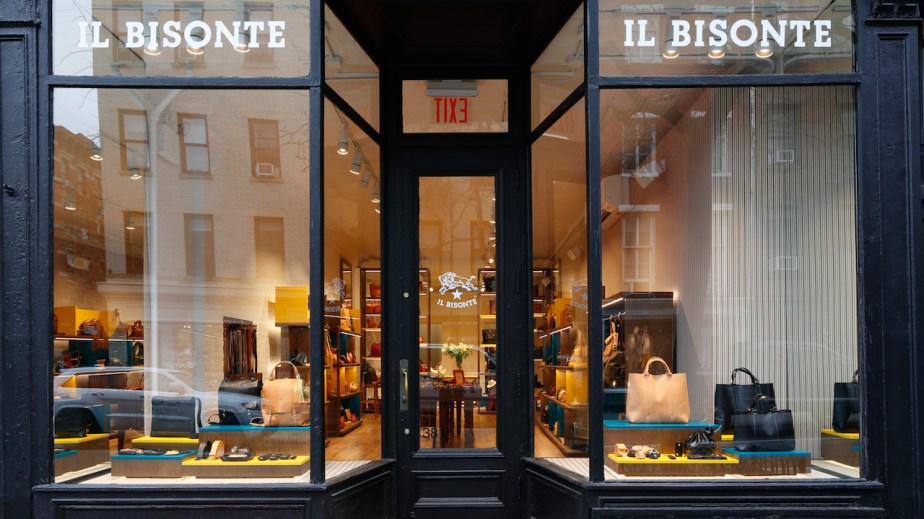 As China’s luxury growth slows, brands are refocusing on the US

While China continues to dominate the minds of many luxury brands, some are instead focusing their future on the U.S. market.

Il Bisonte, an Italian luxury leather goods brand founded in the 1970s, is a prime example. Back in the ’70s and ’80s, the brand operated in the U.S. and was sold at a number of American department stores like Barneys. But in the ’80s, CEO Sofia Ciucchi said that other markets began to overshadow the U.S. in importance.

“In the last few decades, the brand was more present in Japan, China and in Europe, but we’ve recently started the process of relaunching and revamping the brand for the U.S.,” said Ciucchi. “We opened stores in Milan and renovated our stores in Europe, and we established our first direct deal in Hong Kong. And then finally, we felt ourselves ready to re-approach the U.S. It’s a key market, especially now, but it requires solid roots and branding strategy before we felt confident enough to go for it.”

Last week, Il Bisonte relaunched in the U.S. with a flagship store on NYC’s Bleecker Street. According to Ciucchi, it was always the intention to return to the U.S. eventually, but the strength of the U.S. luxury market right now gave Il Bisonte the impetus to open the new store.

The U.S. has not always been a premium market for luxury brands. Two years ago, a report from Bloomberg painted a dire picture of U.S. luxury, which was performing poorly compared to Europe. Around that time was when luxury brands like Burberry began their efforts to aggressively enter China, which has had a booming luxury market for years.

But now, China’s luxury growth is slowing down. To use the same brand as an example, Burberry closed four flagship stores in China over the last eight months, as part of a larger strategy to realign the brand’s luxury positioning, according to CEO Marco Gobbetti. Meanwhile, the U.S. is increasingly looking like a valuable market for luxury brands. Il Bisonte, which has previously opened flagships in Hong Kong, said the U.S. is a much more crowded market to break into.

“While much of luxury expansion has focused on China, the U.S. continues to be a desirable market,” said David Naumann, vp of marketing at Boston Retail Partners. “One of the greatest challenges for a new brand looking to penetrate the U.S. market is brand awareness. There is a lot of competition for mindshare and existing brand loyalty from the plethora of existing luxury brands in the U.S.”

To help cut through the noise of U.S. luxury retail, Il Bisonte is embracing the circular economy. The brand will have an in-store atelier who can repair Il Bisonte bags, which can also be bought, sold and exchanged in an in-store resale marketplace.

Il Bisonte is not alone in trying to break into the U.S. market. This past week, fellow Italian luxury brand Giada opened its first store in the U.S., a flagship location in Boston, and French luxury powerhouse Hèrmes opened its fifth store in New York located in the city’s Meatpacking District.

“We thought our retail investment was key to reestablishing the brand for a U.S. audience,” said Ciucchi. “We’ve been working hard on the product and the communication to speak to U.S. customers, as well as have the right retail strategy. New York was, for us, the best place to relaunch the business in the U.S. It’s not just a one-off retail investment but a pillar to build on wholesale distribution throughout the U.S. in the future.”