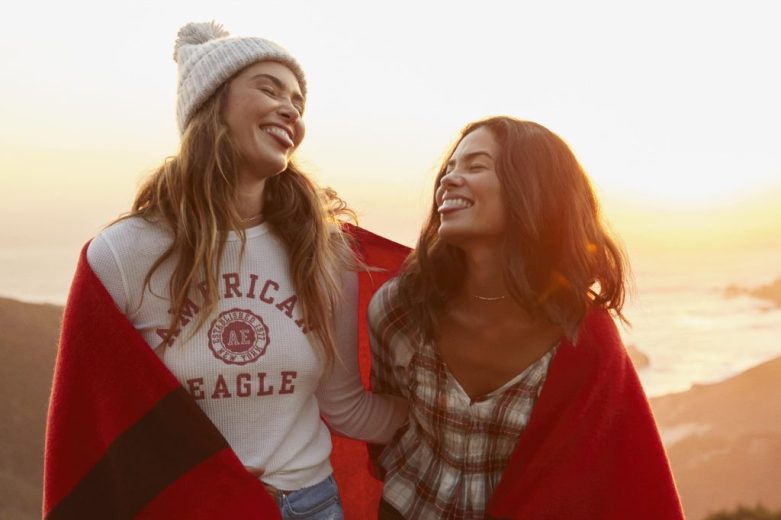 In April, Snapchat announced new features for its AR brand platform, including tools to quickly create more accurate 3D assets and expanded AR try-on through its Dress-Up section. American Eagle, one of Snapchat’s beta testers, has been expanding its AR product assortment in step, to target its core Gen-Z consumers with the goal of scale during the back-to-school season.

“In our pilot program, our jeans try-ons were saved or shared 100% more times than typical Snap benchmarks. People really like to try on clothes in augmented reality that more closely form their body type,” said Craig Brommers, CMO of American Eagle.

One of the key features Snap launched last month is AR clothing try-on, where clothing images are placed onto full-length photos of users. The digital clothes are virtually adjusted to fit different sizes automatically, a feature previously not available with clothing filters. With a 30% retention rate on the platform, Snap is a valuable place for companies like American Eagle to get their customers familiarized with their assortment virtually.

“[AR try on] is becoming something that we’re going to launch in a more aggressive way as we head into the summer months. You will be able to try on a pair of American Eagle jeans or a T-shirt and it will look more closely like a true try-on experience in the physical world,” said Brommers. Previously, Snap has been testing accessories like shoes and eyewear in AR try-on, but clothing is a far more complicated endeavor. Snap has addressed this through deep learning technology.

“Snap processes a look with this new deep learning module approach that can segment out the garment from the model in the photograph. By training our deep learning models with hundreds and thousands of images, we know how to simulate what that garment should look like on anyone,” said Carolina Arguelles Navas, Snap’s global AR strategy lead.

One of the main challenges that has come up for American Eagle during the pandemic is an accelerated return rate, which it hopes AR try-on can solve. While American Eagle declined to share its return figures, return rates across the fashion industry are rising, with an average rate being 16.6%. According to a survey by the National Retail Federation and predictive analytics company Appriss Retail, that rate is up from 10.6% in 2020. The problem of returns demands multiple solutions. Zara, for example, announced this week that it will now charge a small fee ($2.43) to online customers for returns, a first for the company that first entered the U.S. online market in 2011.

Others, like American Eagle, see AR technology as a solution. Brommers said, “How much better of an experience could it be for the customer if you could better replicate that physical try-on experience in the digital world? If you shave even a few percentage points off that retail return rate as a result, you’re talking hundreds of millions of dollars saved for companies.”

With Snap’s new clothing try-on, this means users will be able to see what the clothes on the website will actually look like on their body type. The growth of fit technology like this is becoming more prevalent, with brands like Savage x Fenty and Khaite piloting fit tech programs.

Snapchat’s new Dress-Up tool will also enable discovery through an AR-enabled Pinterest-style format. There, users will be able to try-on filters and digital fashion garments alongside items sold by brands. “Over the past year alone, 250 million Snapchatters have virtually tried on products 5 billion times. People are talking about digital fashion and try-on as the future of shopping, but this is already a huge daily behavior today,” said Navas.

With so many social media platforms reporting dropping user rates, AR filters are keeping users engaged on platforms. Research shows that people who use AR Filters use them for 75 seconds, on average. That’s four-times longer than the average time they spend watching a mobile video, which is still a more common marketing strategy among brands.

For Brommers, the development of American Eagle’s virtual presence on Snap is a way to reach Gen-Z customers on the app and convert that existing behavior into sales.

“We launched a virtual pop-up in augmented reality [on Snapchat], and it’s been driving millions of dollars worth of sales. If this is another iteration where the customer can virtually try-on and fall in love with her pair of jeans and buy with a click, there’s a commercial opportunity here. It’s not just about a fun experience,” he said. The brand will be expanding its AR product range to include jeans and women’s T-shirts and hoodies, beginning in July.